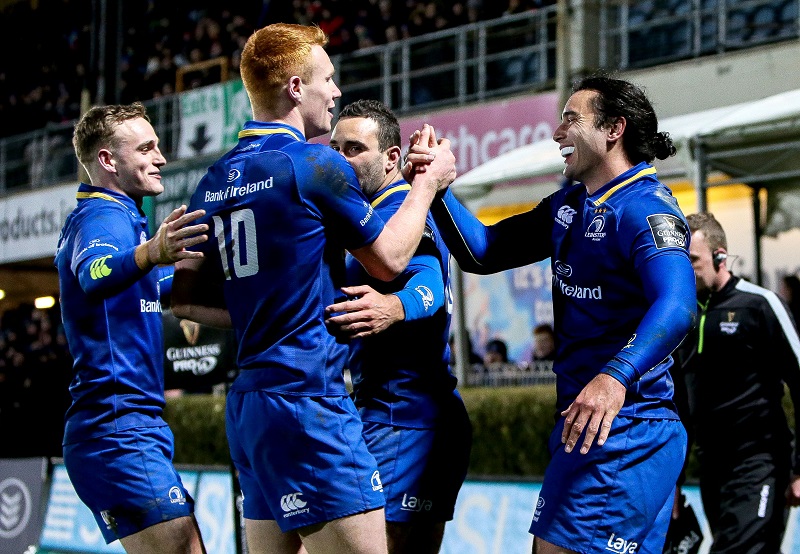 With five PRO14 rounds to go, how are the Irish teams looking?

Only five games are left to be played in the Guinness PRO14 until the Final Series knock-out stages begin and the top clubs contest for the title.

With time running out to secure the play-off places, we take a look at the Irish clubs and their chances of contending.

Having won 13 from 16 games so far this season, including a ten-try success against Southern Kings in the last round, Leinster are sitting pretty at the top of Conference B.

Losing the core of their team on international duty as Ireland hunt down a Grand Slam has not affected Leinster either, winning two out of three games including a 20-13 victory against defending champions Scarlets.

The province currently lie three points ahead of Scarlets beneath them, with the contest for a place in the semi-final of the Final Series heating up as the season draws to a close.

But Leinster’s fine form, combined with at least 12 players to return after the Six Nations, will give them confidence going into the final rounds, especially with Kiwi winger James Lowe on fire scoring three tries in two games.

Johann van Graan’s men haven’t been at their dominant best but they are also at the top end of their table, lying in second in Conference A on 53 points.

After a comfortable 33-5 win over Zebre in Round 14, Munster then went on to lose 25-18 to Cardiff Blues after conceding two early tries and failing to recover.

Yet last time out, the Red Army managed a stunning 21-10 victory over league-leaders Glasgow to narrow the gap at the top to eight points.

With Round 17’s clash against Edinburgh postponed due to the severe Scottish weather, Munster have slightly longer to rest up but will be eager to get back on the field and continue the momentum into the last handful of games.

Ulster have suffered over the Six Nations period, with four of their top performers away with the Irish national team, including the Championship’s top try-scorer Jacob Stockdale.

Ulster sit fourth in Conference B on 46 points, five behind Edinburgh in third but only seven in front of Benetton in fifth.

If Jono Gibbes’ men want to hunt down a place in the knock outs, they have to start performing instantly, as only the top three from each conference go into the Final Series.

With only one win from the last four matches, including a sour one-point defeat at the hands of Edinburgh thanks to a last minute Duncan Weir drop-goal, Ulster are under pressure as we reach the business end of the season.

With only 13 points between sixth and third in the middle of Conference A, the contest for that last spot in the Final Series is fiercely intense.

Connacht have some series work to do if they want to contend the title, as they are fifth on 32 points and still have both the current Conference leaders to play in the final five games.

Kieran Keane’s men have only managed two wins in five, including just a three point victory over Benetton last time out, but will hope to use the triumph to spur on in the final stages of the tournament.