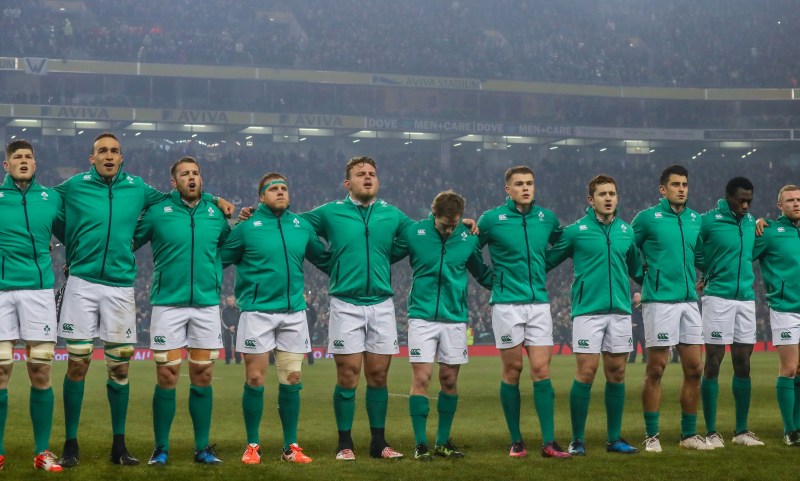 Coach Joe Schmidt may have made 15 changes to the Ireland side that recorded the historic 40-29 victory over New Zealand in Chicago a week ago but that didn’t stop them comfortably dispatching Canada at the Aviva Stadium over the weekend.

Ireland, despite having eight players making their international debut, ran in eight tries as they trounced the Canucks 52-21 – a performance that could give Schmidt some selection headaches ahead of the rematch with the All Blacks in Dublin next weekend.

And we’ve picked out five emerging Irish stars who shone against the Canadians:

Towering second-rower Ultan Dillane was simply brilliant and a deserved winner of the man-of-the-match award for his all-action display.

He got his first international try on the hour mark with a powerful carry, galloped 30 metres through the Canadian defence at one point and was at the forefront of the majority of Ireland’s attacking play.

Dillane led all Ireland players with ten tackles, carried the ball on 12 occasions and, incredibly for a lock, beat the joint-most defenders with four.

Another Connacht standout to notch his first international try, Tiernan O’Halloran dotted down twice against the Canadians.

The full-back converted a Finlay Bealham offload from fully halfway for his first just before half-time and then dived over for the second time late on to mark his third Ireland appearance in style.

The 25-year-old almost pulled off a ridiculous try-saving tackle on Matt Evans and the 69 total metres he carried for prove what a threat he is with ball in hand.

The expectation is that Garry Ringrose will lock down one of Ireland’s centre berths for the next decade and he certainly played with the confidence of a veteran on his international debut.

The Leinsterman was unfortunate to see his try chalked off due to Paddy Jackson’s alleged forward pass but made a number of incisive breaks over the course of 80 minutes.

Ringrose was flawless in the tackle and gave a teaser of his ability with ball in hand when he danced his way into the Canadian 22 late on and slipped Tiernan O’Halloran over for his second try shortly afterwards.

Finlay Bealham proved he is every bit the modern-day prop when demonstrating slick handling that any back would have been proud of for Tiernan O’Halloran’s first try.

The tighthead’s exquisite offload on halfway released his Connacht team-mate to scythe through, while Bealham was also a key part of a dominant Ireland pack.

The 25-year-old made six tackles in his 47 minutes of action and staked his claim at a deep position that includes the likes of Tadhg Furlong, John Ryan, Marty Moore and Mike Ross potentially competing for playing time.

Former Ireland Under-20 captain Jack O’Donoghue impressed as he made the step up to senior international level for the first time.

One fine break saw the No.8 gift Sean O’Brien a glorious try-scoring opportunity, only for his fellow back-rower to knock on with the line at his mercy, while a huge tackle following an early scrum set the defensive tone.

The 22-year-old was praised for his display by captain for the day, and Munster team-mate, Peter O’Mahony and surely earned himself further playing time under Schmidt in the future.