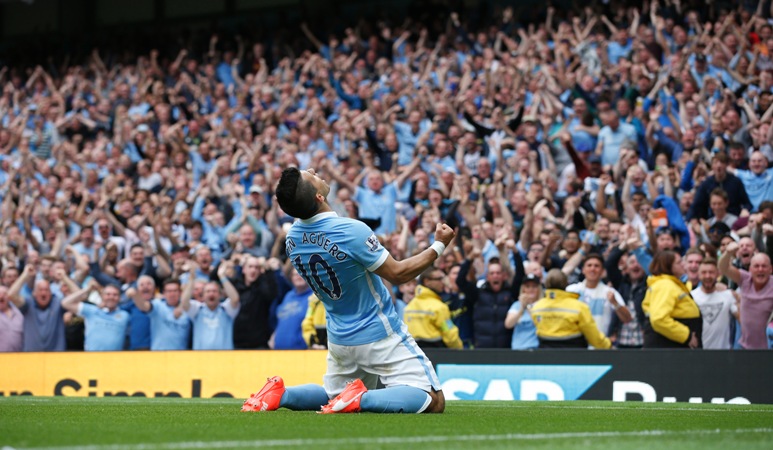 Week two of the 2015-16 Premier League season is complete and the title race already looks to be more enthralling than last year’s. A heavy defeat for champions Chelsea at Manchester City leaves them with just a point and already work to do to chase down the leading pack. Do you agree with our team of the week?

A day to forget for Chelsea at the Etihad Stadium, but the one player to emerge from Manchester with some degree of credit was their goalkeeper. Asmir Begovic, making his first Blues’ start with Thibaut Courtois suspended, thwarted Sergio Aguero three times before the Argentine finally opened the scoring

Defensively question marks remain over the Serbian but, relatively untested on his flank, Aleksandar Kolarov continually wreaked havoc with his expert delivery from the left. As if Chelsea did not have enough to worry about with Sergio Aguero, David Silva and Yaya Toure

Since manager Alex Neil assumed control of Norwich in January they are unbeaten away from home and extended that record at sorry Sunderland. Whittaker, storming forwards from right-back, highlighted their danger on the counter-attack and was rock-solid in defence

With most teams adopting to field a solitary centre forward nowadays, opposition managers have the luxury of pairing a no-nonsense centre-back with one more cultured. Alan Shearer and Chris Sutton would have had a field day against Daley Blind, but his calmness and freedom to play the ball out from the back was a major asset to modern-day Manchester United at Aston Villa

Two goals in as many games is exactly the kind of form Ross Barkley and England manager Roy Hodgson would have been hoping for with the European Championships less than 12 months away. Barkley toyed and destroyed Southampton allowing team-mate Romelu Lukaku to have a field day, as Everton romped to their first win of the season

Two goals down with the clock ticking, Mark Hughes called for the man with the superman pants and he duly delivered. Spurs were flying until Ireland’s introduction to the White Hart Lane turf on 59 minutes. And Stoke left with a point after the Cork-born midfielder crossed for Mame Biran Diouf to head the equaliser

If you thought Branislav Ivanovic was given a tough time by Jefferson Montero on the opening day, spare a thought for Newcastle full-back Daryl Janmaat. On the only two occasions he managed to get near Swansea’s Ecuadorian flier, Janmaat was booked for his troubles and in the bath by half-time

Sunderland were shocking in front of their own fans, but you can only beat what’s in front of you and Nathan Redmond took full advantage of the space Norwich were allowed. A slick third goal wrapped up a fine performance from the young Englishman

Signing of the summer? You would have probably expected that to come from Old Trafford, but Shinji Okazaki’s all-action display in the win at West Ham helped maintain Leicester’s 100 per cent start and definitely puts him in that bracket

Unplayable and clinical, this was the Romelu Lukaku that Chelsea should never have sold. But Jose Mourinho’s lose was Everton’s gain as the inconsistent Belgian powerhouse struck twice in a formidable display at Southampton

Big games call for big players and Sergio Aguero led the line magnificently as Manchester City destroyed Chelsea. It took five chances before he opened the scoring but, such was his influence, Chelsea skipper John Terry, who played every Premier League minute last season, was substituted at half-time