Even by the unpredictable standards of the Premier League wins for Crystal Palace and West Ham at Stamford Bridge and Anfield respectively came as huge shocks. So it’s no surprise those teams are represented in our team of the week. Do you agree with our selection? 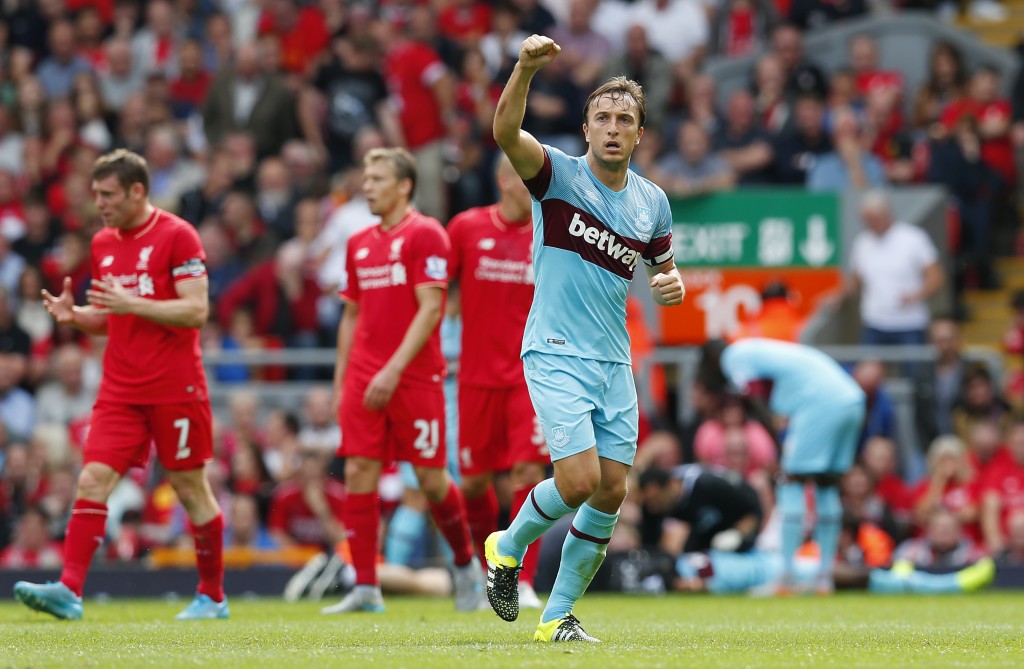 If club stalwart Julian Speroni was fit then McCarthy would probably have spent the first few weeks of the season on the bench. But another brilliant performance, highlighted by a fabulous double save in the second half to thwart Diego Costa then Cesc Fabregas, has given boss Alan Pardew food for thought.

Four games played, four wins, four clean sheets and Sagna played his part at both ends of the pitch against Watford. The former Arsenal full-back provided a superb ball into the box for Raheem Sterling to score in a dominant display on the right flank.

One of the Premier League’s finest central defenders limited England captain Wayne Rooney to fewer touches of the ball than any other Manchester United player. He was also dominant in the air once Marouane Fellaini was introduced from the bench.

During Jose Mourinho’s two spells in charge of Chelsea 98 of 99 teams have come to Stamford Bridge and failed to walk away with three Premier League points – Sunderland the only side to buck that trend. But Crystal Palace can now be added to that list with their spirit embodied by Delaney, who barely gave Diego Costa a sniff at goal.

A first Premier League of the appearance of the season for Rose against Everton and he was comfortably Tottenham’s best player. Had the better of Romelu Lukaku who tried in vain to run the channels and was replaced with 20 minutes to go.

The Saints are up and running following their 3-0 win over Norwich in which Tadic scored twice. In truth he could not have missed his second, tapping in from a yard, but deserved his brace for an all-round strong display.

What a find the Ghana international has been for Swansea. He rose to head in a fine equaliser against Manchester United before setting up Bafetimbi Gomis for the winner with an outside-of-the-foot pass that anyone will do well to better all season.

Credit must go to City boss Manuel Pellegrini for shifting Sterling from the wing to a central role for the second half of the win against Watford. And the England star showed that is perhaps where he is most comfortable after scoring his first goal for his new employers.

A late red card for a seemingly fair tackle on Danny Ings should not distract from the fact Noble dictated West Ham’s astonishing 3-0 win against Liverpool – their first at Anfield for 52 years. He capped off a fantastic performance with the second goal following extraordinarily poor defending from Dejan Lovren.

Aston Villa should have beaten Sunderland at the weekend. Boss Tim Sherwood said they were “robbed”, but Scott Sinclair completed his part of the bargain with two goals to follow up his hat-trick in midweek.

The former Wolves striker hit his second goal in as many games and was the latest player to bully the Chelsea defence. It’s no wonder Jose Mourinho is so desperate to sign John Stones, but even the England man would have struggled against Sako’s physicality.