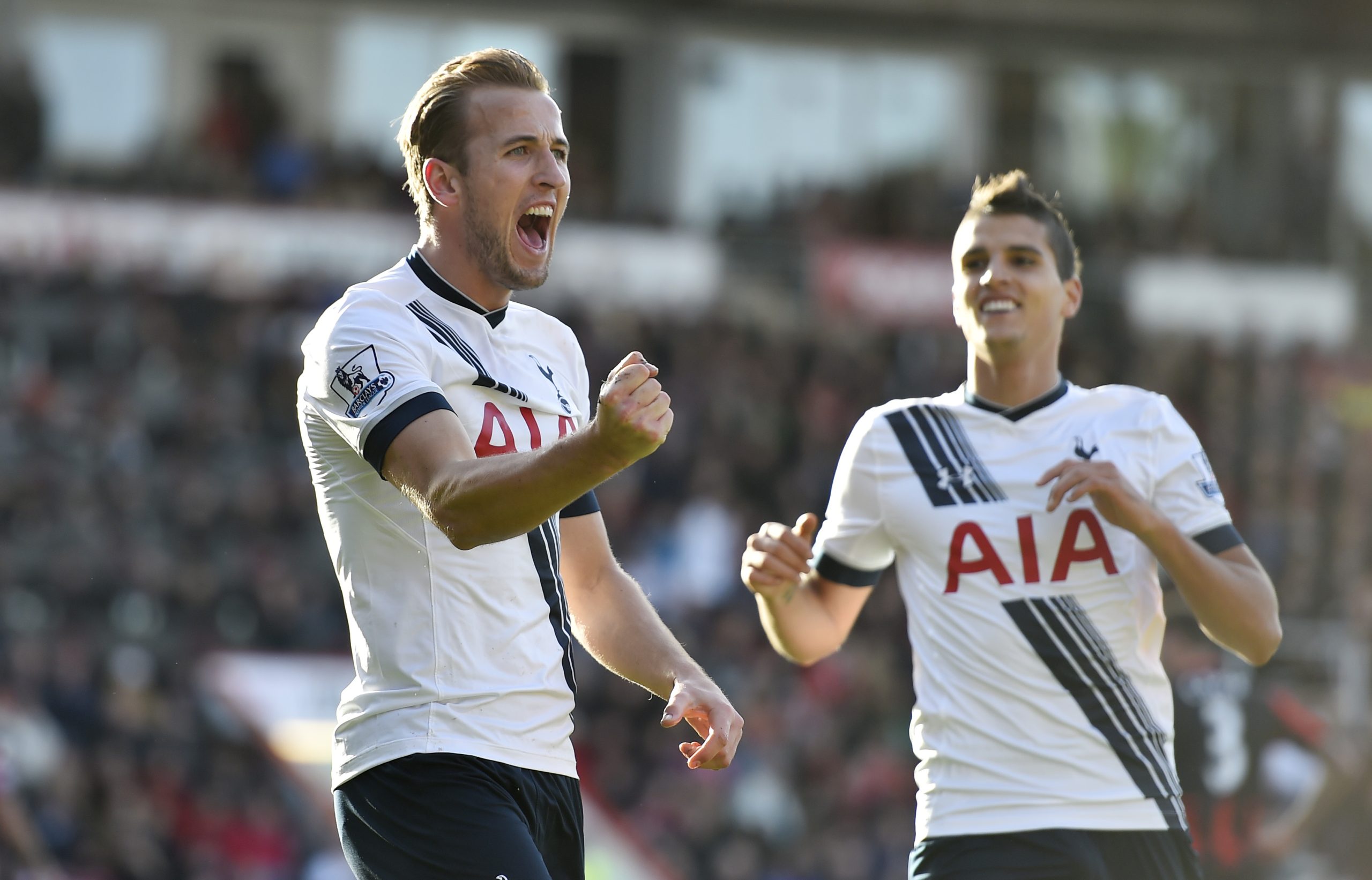 It was another bad weekend for Chelsea and manager Jose Mourinho, but it was a good one for Tottenham striker Harry Kane as he rediscovered his scoring touch. Here’s our fantasy XI from week ten of Premier League action. Let us know what you think, and while you’re here why not check out all our Premier League kits in our online shop by clicking here.

After a shaky start to life in north London, Petr Cech now has the best save percentage in the Premier League at 81.8 per cent. And he highlighted his class against Everton as the Gunners moved top of the table – albeit for 24 hours – with a string of fine saves in a 2-1 win.

Yes Harry Kane banged in a hat-trick at the other end, but no defender made more tackles in the Bournemouth versus Tottenham game on Sunday than Kyle Walker with six. The full-back has been in fine form of late and this was another example.

No West Ham player made more interceptions against Chelsea than James Tomkins, the centre-back nipping the ball away on four occasions. On top of that he marshalled the defence superbly as West Ham ran out deserved winners.

Andy Carroll might take the plaudits for his superb headed winner against Chelsea, but it was laid on a plate for him by a superb cross by Aaron Cresswell. That was the left-back’s third assist of the season, a Premier League high for defenders.

Mesut Ozil picked up his seventh assist of the Premier League season against Everton, while since August 2008 the German has made the second most goals of the top five major European leagues – only a certain Lionel Messi has more.

Hot on Ozil’s heels is Dimitri Payet, who has created 41 chances this Premier League season compared to the German’s league high of 42. He is looking like the signing of the season already and he was impressive again as Chelsea came to town, full of tricks and flicks that weren’t just for the cameras.

He smashed in a superb second for Watford as Stoke were put to the sword, but he was full of running all afternoon and rarely put a foot wrong before being taken off with 12 minutes remaining.

He kept his nerve with a first-half injury time penalty and smashed the crossbar after the break as Sunderland claimed local bragging rights over Newcastle with a 3-0 victory. He was a constant thorn in Steve McClaren’s side.

Harry Kane is back! He had only scored one league goal this season prior to the game against Bournemouth but a hat-trick against the Cherries has him feeling confident again.

This should really be shared between Troy Deeney and his Watfors striker partner Odion Ighalo. But after the former grabbed his first ever Premier League goal in the 2-0 win over Stoke we feel it is only right to give Deeney the nod.

Jamie Vardy wrote his name into the record books as he hit the only goal in Leicester’s victory over Crystal Palace. He became only the fifth English player to score in 7+ successive Premier League games after Alan Shearer (7), Ian Wright (7), Mark Stein (7) and Daniel Sturridge (8).