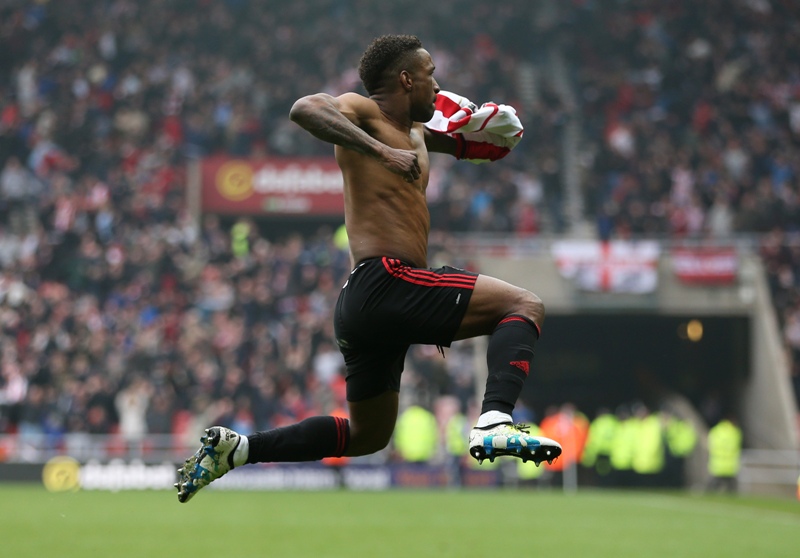 Sunderland took a giant leap towards Premier League safety with a remarkable 3-2 win over Chelsea, so unsurprisingly they lead the way in our team of the week with three selections. But who else is in the XI? Let us know which picks we got right and wrong below… 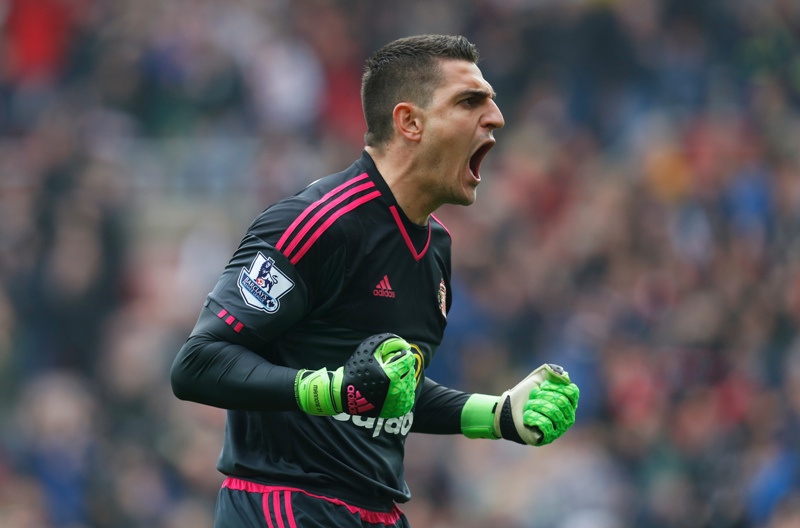 Against all the odds, Sunderland are on the verge of Premier League safety following their 3-2 win over Chelsea and the performance of Vito Mannone is a major reason why. With the Blues leading 2-1, Mannone – sporting his Adidas Ace 16 Leather boots – produced two incredible blocks from Diego Costa to keep the deficit to just one and his side in the game. 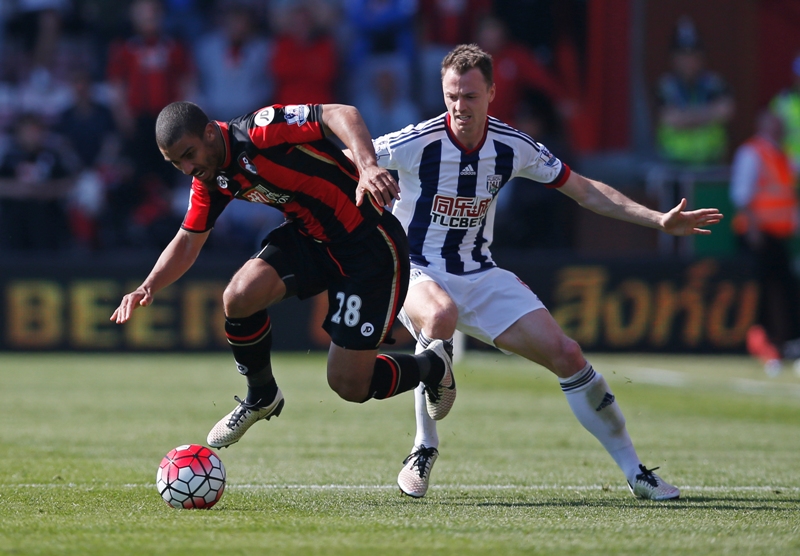 West Brom against Bournemouth may have appeared to be a meaningless end-of-season clash but it turned out to be a special day for Jonny Evans. Wearing his Nike Magista Opus’, the Northern Irishman produced arguably his magnum opus in the form of a pinpoint cross that Salomon Rondon gleefully headed in. The game ended 1-1 but it was Evans’ first assist in the Premier League since February 2013.

If anyone is looking for Harry Kane in the next week, then checking Virgil van Dijk’s pocket would be a sensible place to start. The towering Southampton centre-back signed a six-year deal this week and showed why bigger clubs have been sniffing around by keeping the Spurs hotshot quiet – making 12 clearances in the process during the 2-1 win. 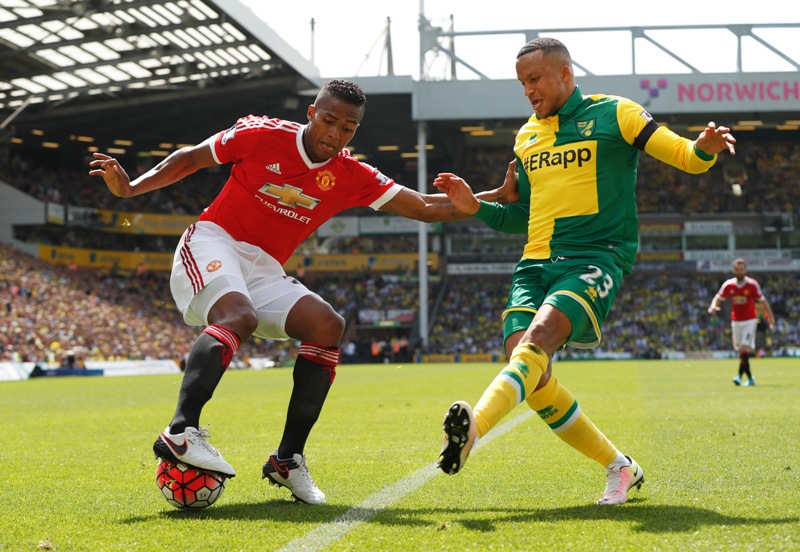 Watching Manchester United’s defence has made for sorry viewing at times this season and Antonio Valencia has been conspicuous by his absence. But fighting fit once again, the Ecuadorian right-back marauded up and down the wing, taking 98 touches in his Nike Tiempo Legend VI boots, more than any other United player during the dour 1-0 win. 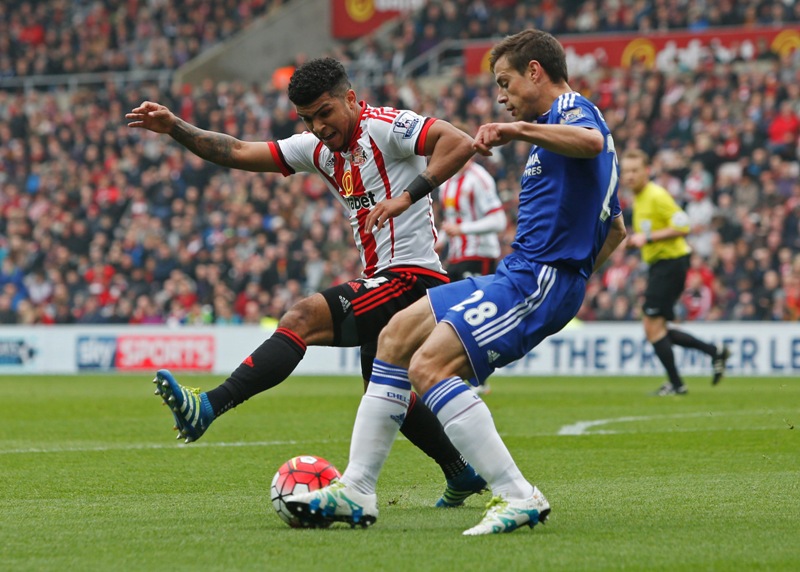 DeAndre Yedlin’s Spurs career hasn’t gone as the American would have liked so far but send him on loan to Sunderland and he looks a class apart. He impressed throughout against Chelsea on Saturday but with the score locked at 2-2, he skipped past a tackler, got to the by-line and put in a cross that found its way to Jermain Defoe, who swivelled and fired in the winner.

At this point, the wheels have pretty much come off Tottenham and the prospect of their hated rivals Arsenal finishing above them once again is becoming an alarming possibility. Steven Davis – a man who is probably most familiar with the adjective workmanlike in regards to his playing style – was the latest opponent to stick the dagger into Spurs as he plundered two well-taken goals in Saints’ 2-1 victory at White Hart Lane 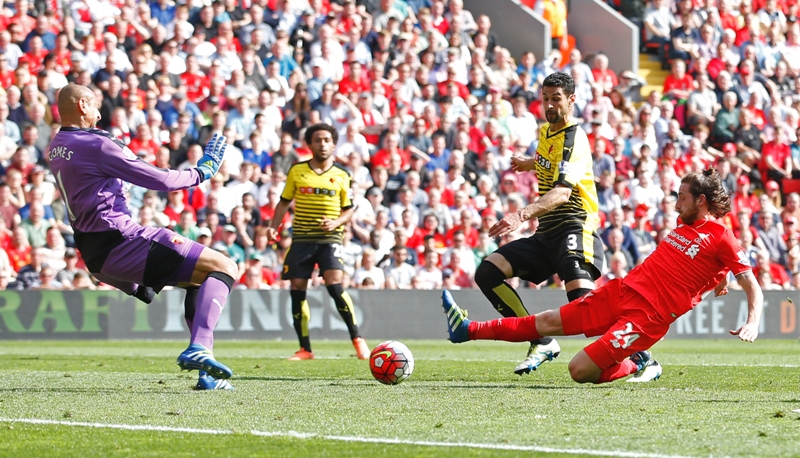 Joe Allen becoming an unstoppable lynchpin at the heart of Liverpool’s midfield is probably one of the more surprising turn of events over the past few weeks but that is the reality. The Welshman guided in a Christian Benteke knockdown for the Reds’ first goal in a 2-0 victory over outclassed Watford and pretty much ran the game in his Adidas Ace 16s outside of that moment as well. 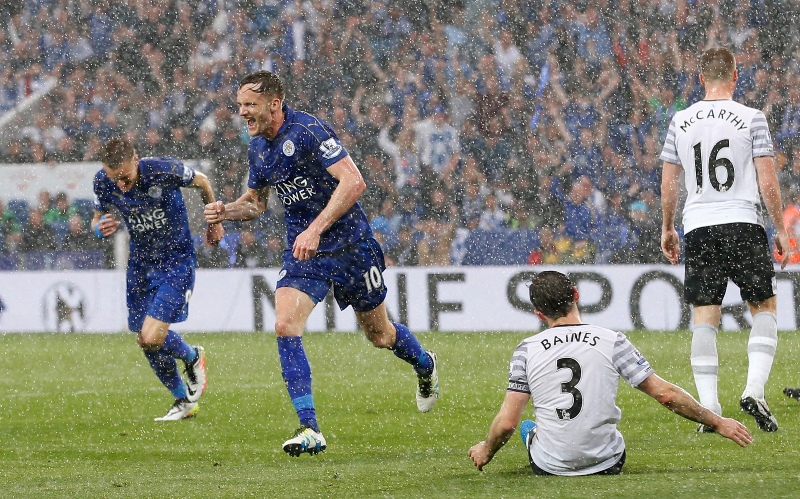 Andy King is possibly the most unfashionable part of unfashionable Leicester City’s improbable season but on the day the Foxes celebrated their Premier League triumph, King’s performance was regal. The one-club man is the sole survivor from the Leicester side that won promotion from League One in 2009 but proved once and for all he is certainly Premier League quality with a goal and a chipped assist in their 3-1 win over Everton. 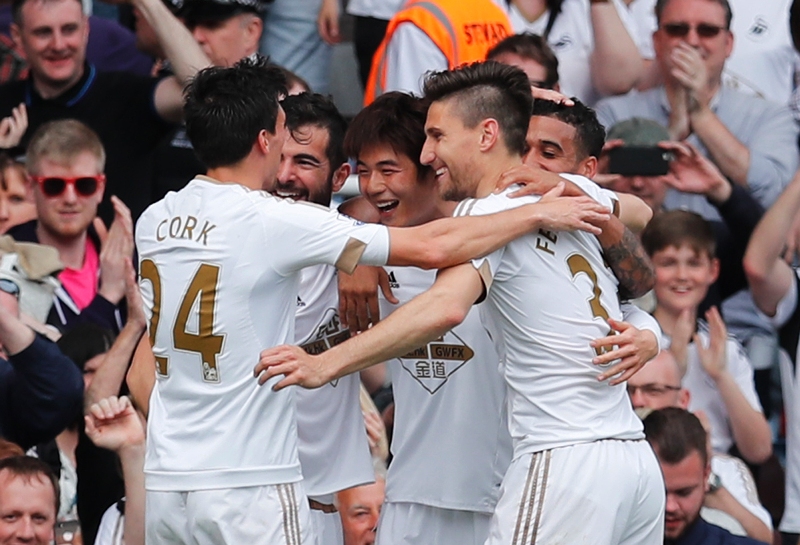 Hands up if you predicted Swansea smashing Champions League-chasing West Ham 4-1 in Upton Park’s final Saturday game? Now hands down, you liar. The Swans’ majestic display came out of nowhere and the Nike Magista Opus-wearing Ki Sung-yueng was the key. He ran overmatched West Ham right-back Michail Antonio ragged, grabbing an assist and a goal in addition to making more passes in the opposition half (33) than any other Swansea player. 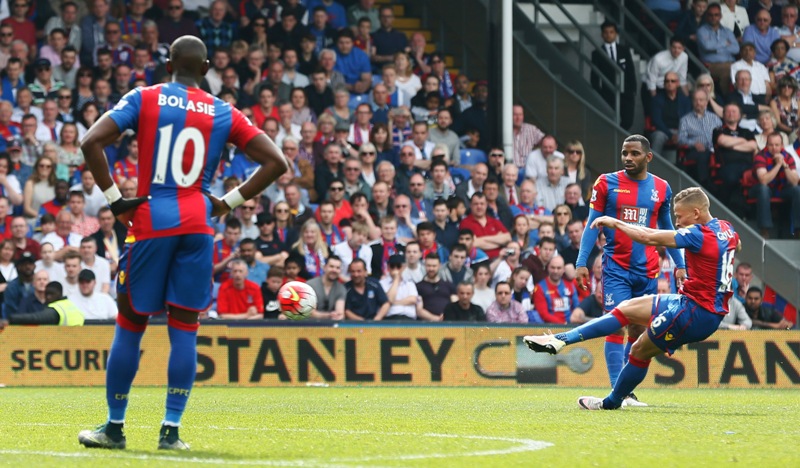 Dwight Gayle may have been moved out to the wing in the absence of the injured Wilfried Zaha but that didn’t curb his scoring instinct as he notched both goals in Crystal Palace’s 2-1 win over Stoke. Despite playing just 18 games this term, Gayle has scored seven goals – more than any other Palace player – and has given Alan Pardew a selection dilemma for the FA Cup final.

Another Sunderland game, another crucial Jermain Defoe goal. The ageless wonder was largely frustrated for the first 70 minutes against Chelsea but swivelled and stuck his Adidas X 15 boots through the ball for the winner when given a chance. He has now scored 18 goals in all competitions this season, 13 more than any other Black Cats player.