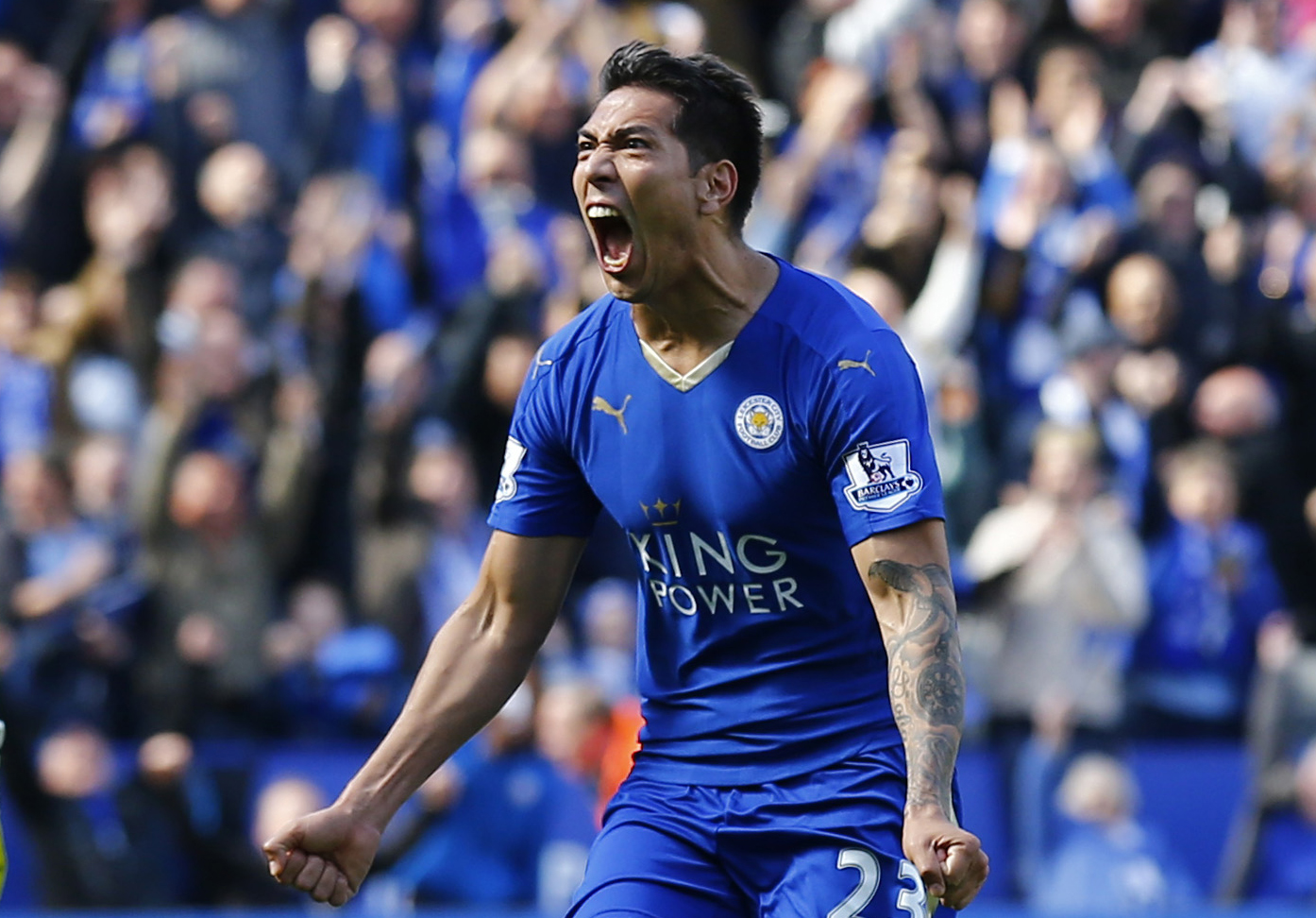 After Tottenham fluffed their lines on Monday night against West Brom, the title appears to be heading to Leicester and the King Power Stadium. So it is no surprise that they have four representatives in this week’s Fantasy XI. But who joins them… 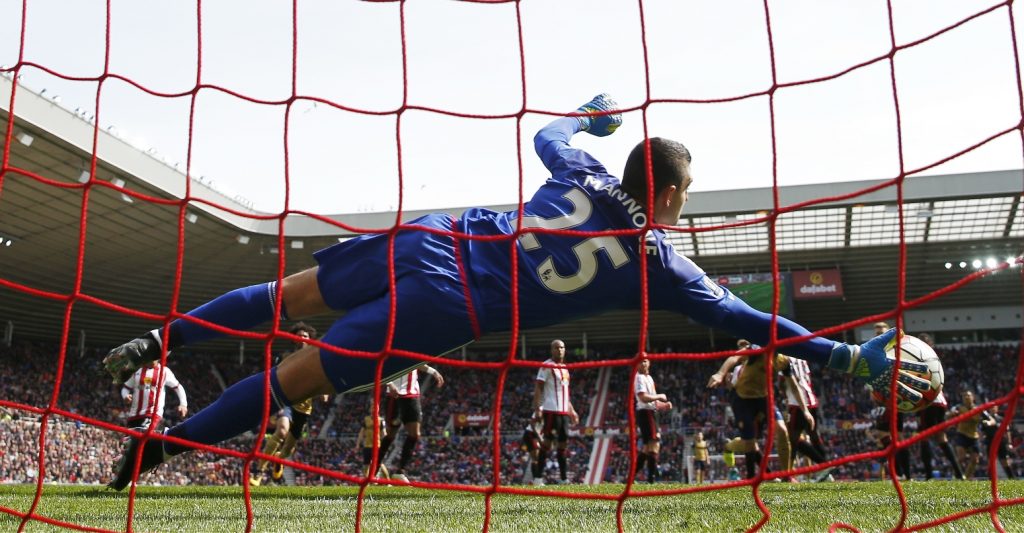 Could another Sunderland great escape be on the cards this season? Well if so then fans will owe a big debt to Vito Mannone who impressed against former club Arsenal. In truth the Black Cats more than held their own against the Gunners but Mannone had to be sharp to keep out Mesut Ozil’s free-kick and Alex Iwobi’s follow-up.

The image of Pablo Zabaleta’s Nike Tiempo Legend VI’s streaking down the right wing was a constant sight on Saturday as Manchester City thumped Stoke 4-0. One such marauding run saw him set up Kelechi Iheanacho, while he also topped the home side’s tackle count in the win.

Captain fantastic Wes Morgan has been colossus at the back for Leicester City this season as they are now just one win away from the Premier League title. And he was at it again on Sunday, shutting out an admittedly lacklustre Swansea side, hardly giving the Welsh side a sniff all afternoon.

Morgan’s partner in crime. The two have been immense this season and go together like Arsene Wenger and excuses. 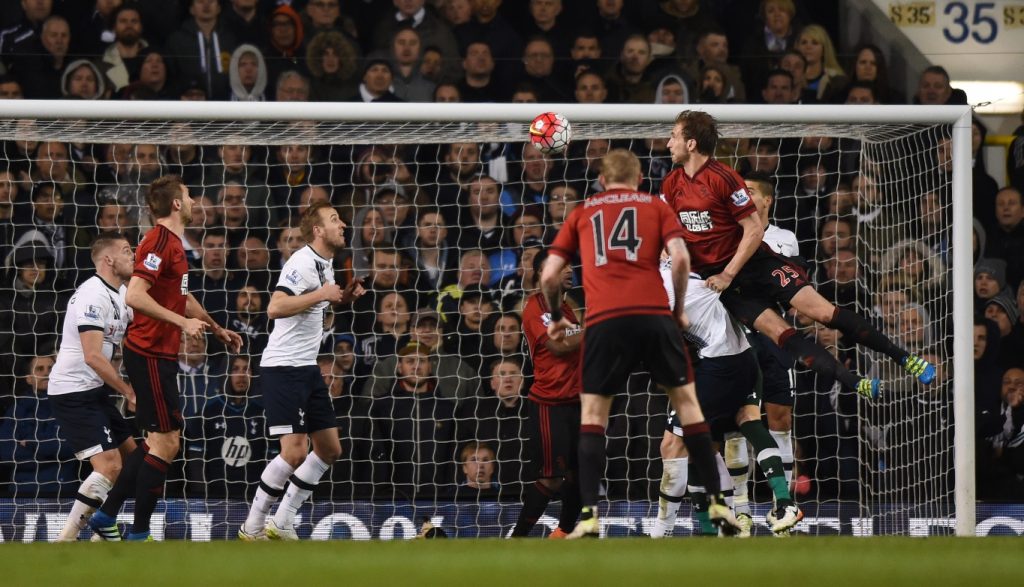 It takes a big man to come back from a mistake, but that is exactly what Craig Dawson did on Monday night as he followed up his own goal by earning West Brom a point at Tottenham. It also means the title is unlikely to end up at White Hart Lane, which is worth a nod right? 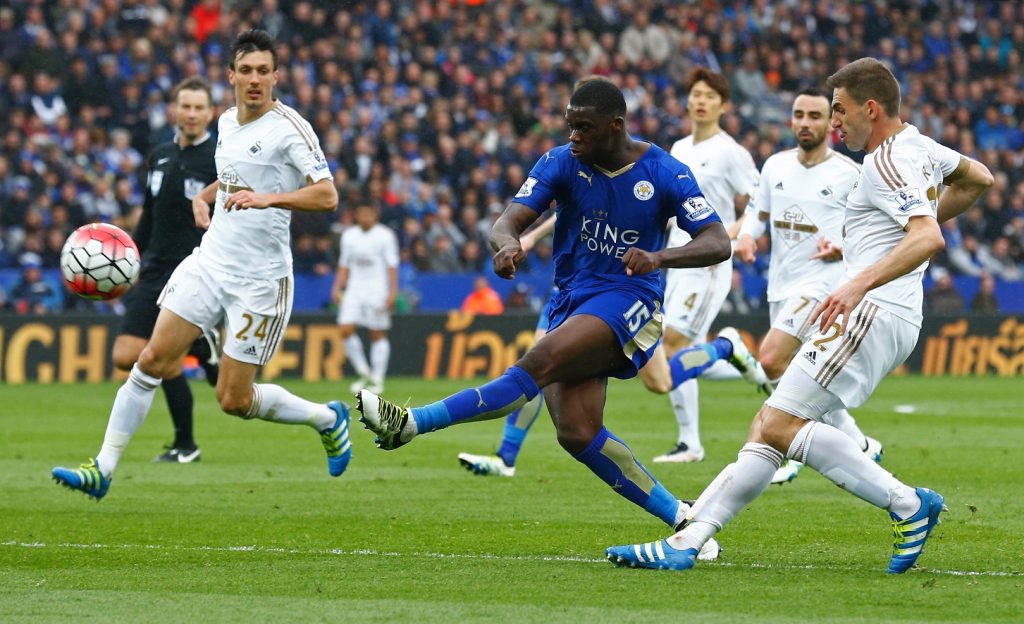 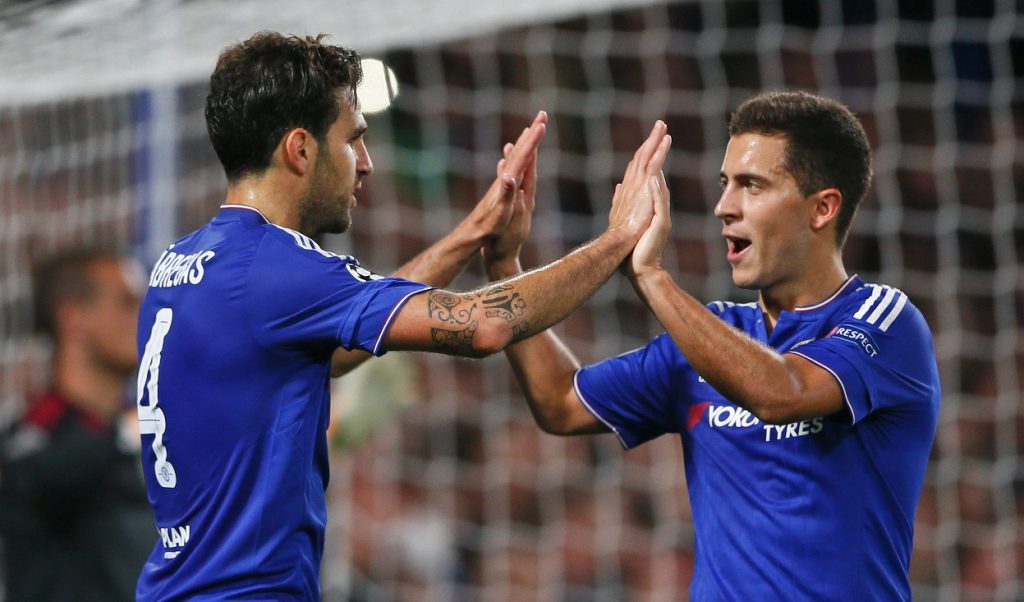 This season has been one to forget for Chelsea and Cesc Fabregas, but the Spaniard was back to his best against Bournemouth. His three assists now sees him with 95 in his time in the Premier League to sit third on the all-time list behind leader Ryan Giggs (162) and Frank Lampard (102).

See above but simply replace Fabregas for Eden Hazard. The Belgian has been waiting all season to fire one in with his Nike Mercurial Vapor X booots, and much like London buses he was celebrating his first two goals of the season against the Cherries. 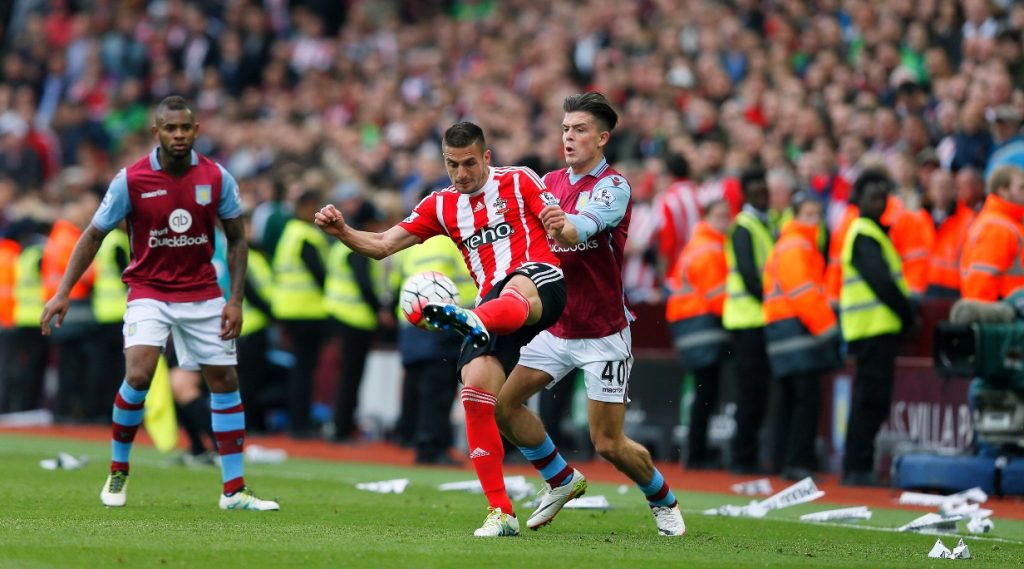 Dusan Tadic’s two goals helped rub salt in Aston Villa wounds at the weekend, with his performance keeping Southampton looking up the table. 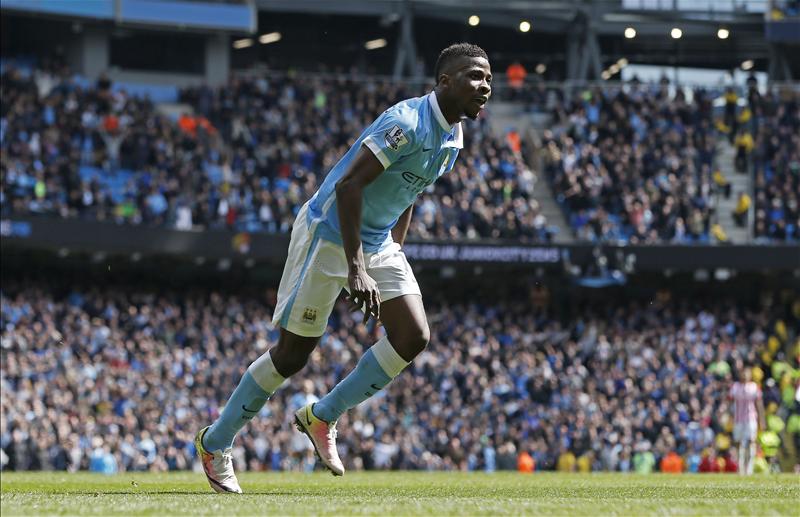 Sergio Aguero netted his 28th goal of the season and was immediately taken off and wrapped in cotton wool the moment the game had been put to bed. But City didn’t miss a beat as youngster Kelechi Iheanacho stole the show with two goals.

He has had to bide his time this season but Leonardo Ulloa came up big in Vardy’s absence, scoring twice to put Swansea to the sword. He headed in Danny Drinkwater’s free-kick before the break, then scrambled in the third goal from a loose ball on the hour to give Leicester the advantage their superiority deserved.