The fox hunt is on, after Tottenham Hotspur closed the gap on Premier League Leicester City to five points on Monday night. At the bottom of the table it was a good weekend for the north-east with 3-0 wins for both Sunderland and Newcastle. Here’s our team of the week, let us know your choices below… 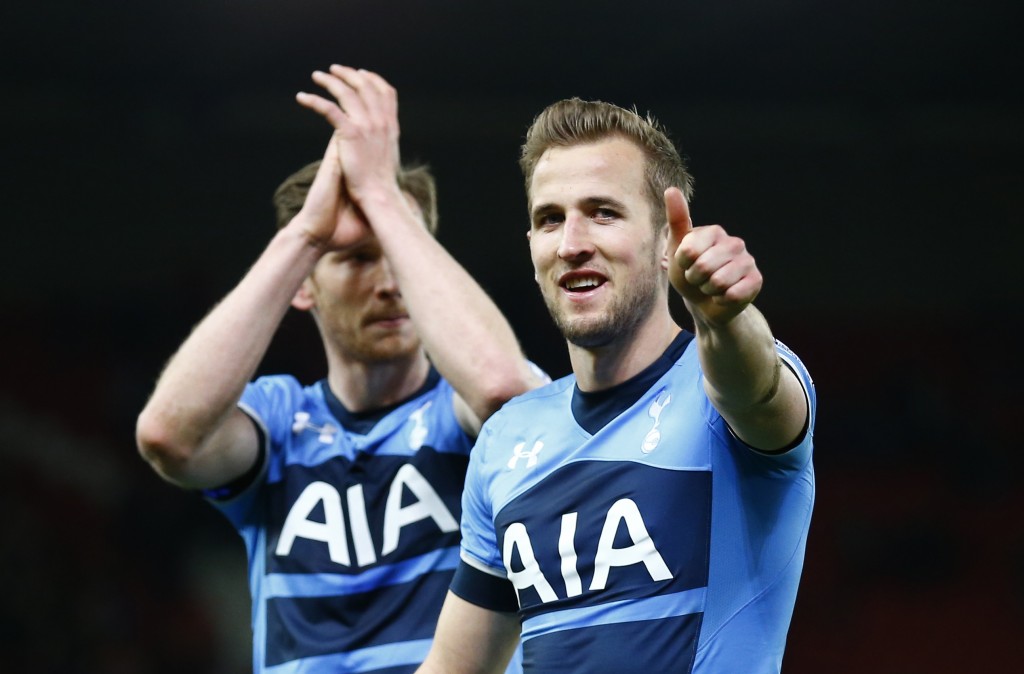 The Brazilian made Premier League history on Saturday with two penalty saves in the same game. Much maligned for a calamity or two during his time with Tottenham, Gomes has been arguably the Hornets’ most consistent performed this term.

He called for his team-mates to stand up and be counted ahead of Saturday’s visit from Swansea. And the 22-year-old practised what he preached with a goal and a stand-out performance that keeps the Magpies in the hunt for survival.

John Stones was the most sought-after winner in the country last summer. But he is being kept out of the Everton side at the moment by Ramiro Funes Mori who scored his fourth goal of the season in the weekend’s draw with Southampton.

Much maligned throughout the season, Nicolas Otamendi was a rock in the City defence at Chelsea. A great goal-line clearance lit up an exceptional display that laid the ground work for Sergio Aguero to hit a hat-trick at the other end.

Saturday’s trip to Norwich City was do or die for Sunderland. But the Black Cats have an extra life after a 3-0 win and midfielder Jan Kirchhoff was their lynchpin. Five tackles, nine interceptions and 40 passes were beat his team-mates in all three departments.

The pressure is cranking up on the Foxes, but N’Golo Kante continues to shine. In West Ham, the Premier League pacesetters faced a different prospect to recent weeks, especially once they went down to 10 men. But Kante shielded the back four with aplomb and set up Jamie Vardy’s opener following a lung-busting run.

It may only have been a tap-in at Bournemouth, but Roberto Firmino has now directly contributed to 12 goals in his last 11 Premier League appearances – eight goals an four assists. If Jurgen Klopp reshapes his squad in the summer, Firmino will surely be on the retained list.

The Denmark midfielder was unplayable at times as Tottenham tore through the middle of the Britannia Stadium pitch like a knife through butter. Hit the crossbar in the first half and set up both of Dele Alli’s goals as Spurs ran riot at Stoke.

He might have been overshadowed by Jamie Vardy and Harry Kane this season, but Sergio Aguero reminded us all he’s the king of the Premier League frontmen with a super hat-trick against Chelsea. In doing so he became only the third opposing player to score a treble at Stamford Bridge during the Premier League era.

If Manchester United finish in the top four this season then Marcus Rashford will be the reason why. Manager Louis Van Gaal looked like a dead man walking before Rashford came to prominence but he is now spearheading the charge toward the Champions League.

Another game, another two goals from Harry Kane. Fears he could not possibly live up to his star-billing from last season, Kane has kicked those doubts straight into the top corner. Tottenham are not going to win the league, but Kane might well win the Player of the Year award with his tally now 24 for the season.