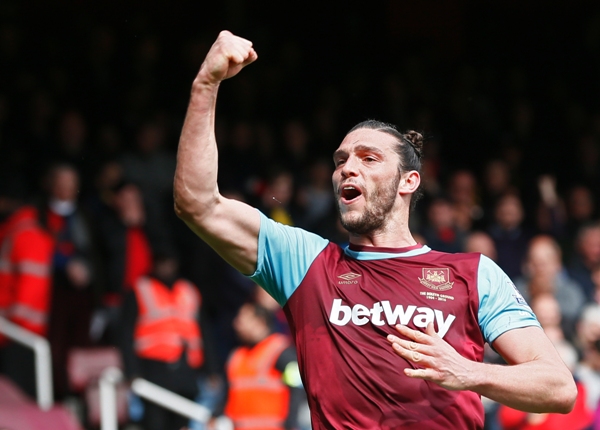 Andy Carroll scored a quick-fire hat-trick in a barnstormer of a game at Upton Park but a draw was no good for either West Ham or Arsenal’s ambitions this season. He makes our Premier League team of the weekend, but who joins him? 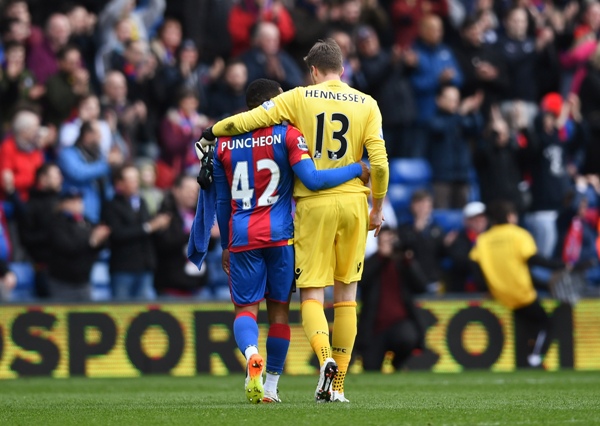 The Wales stopper kept his first clean sheet in 12 games and it may just have kept Crystal Palace in the Premier League for another season. The win was the Eagles’ first Premier League victory this year and lays to rest the ghost of THAT howler that gifted Aston Villa three points in January.

The Watford full-back popped up at the back post to get his side back into the game on the stroke of half-time. Both sides were near enough safe leading into the game and a point apiece nudged them a little closer to Premier League survival. The Greek defender has been a bit-part player for the Hornets this season but this goal in his tenth Premier League appearance all-but ensured Watford’s presence in the league next season. 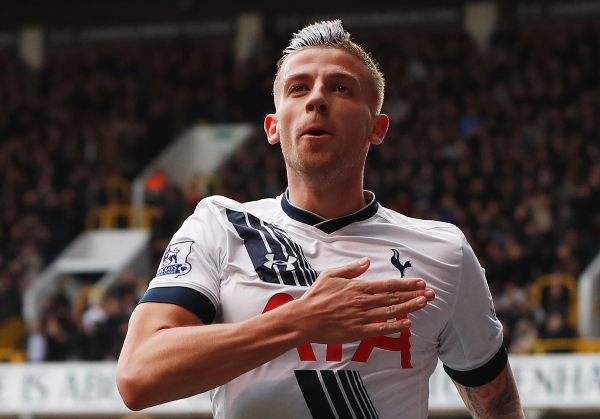 A rock in the middle of the Tottenham Hotspur defence this season, especially in the absence of compatriot Jan Vertonghen. The Belgian popped up with Spurs’ second as they rattled in three goals in seven second-half minutes to break Manchester United’s resistance and keep the pressure on table-topping Leicester City.

A revelation on the right of the West Ham side this season, the power of Antonio and Andy Carroll was too much for Arsenal to handle. He started the game as a winger but looked equally at home when Slaven Bilic switched the former Nottingham Forest man to full-back for the second half. He outmuscled Nacho Monreal to stand up the perfect far-post ball for Carroll to nod in and complete his hat-trick. 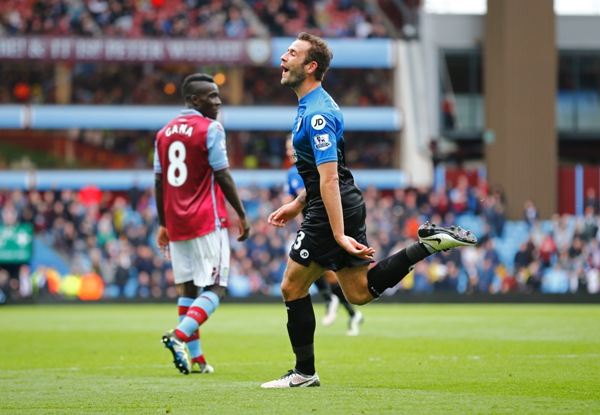 Cook’s third goal in six matches – not a bad scoring ratio for a centre back – was not dissimilar to the goal Jamie Vardy netted for England in Germany. The defender’s flick put Bournemouth on their way to a victory over Aston Villa that took the Cherries past the magical 40-point barrier. Cook has missed just two Premier League games this season and has been a key part in Eddie Howe’s men remarkably surviving their debut Premier League season. 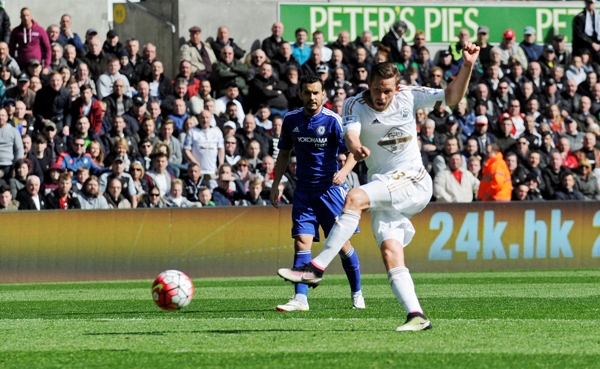 Swansea City owe much of their Premier League survival to their Icelandic ace in midfield. Sigurdsson’s first-half volley, his 11th goal of the season, condemned Chelsea to their first league defeat since Guus Hiddink took charge and all but guaranteed the Swans Premier League status for another season.

For a long time Lamela was considered a luxury player but the Argentine has knuckled down under the guidance of countryman Mauricio Pochettino. Despite missing a sitter in the first half Lamela scored one and set up one in Spurs’ second-half romp past Louis van Gaal’s men who, having been delayed on the way to White Hart Lane, failed to successfully park the bus and saw their top four hopes dented.

Without a goal all season, Puncheon’s effort to down Norwich may just have saved Palace’s season. The man from Croydon missed what he himself described as a sitter in the first half but made amends in the second when he cut inside from the right flank and fired home from 20 yards to give Palace the all important three points that lifts them ten points from the relegation zone with just six games left to play.

Is Andy Carroll making a late case for inclusion in Roy Hodgson’s Euro 2016 squad? The likelihood is that Carroll will not be in France this season but a few more performances like this from now until the end of the season and Hodgson may reconsider. The long-haired Geordie bullied Arsenal’s defenders and notched his second Premier League hat-trick in nine minutes either side of half-time.

What more can you say about Vardy? The lightning-quick Foxes striker became the first Leicester City player to notch 20 top-flight league goals since the great Gary Lineker in 1985. His goals moved Claudio Ranieri’s men a step closer to the most improbable of league titles, and the nation closer to seeing Lineker, a lifelong Fox, presenting Match of the Day in his pants on next season’s opening day. 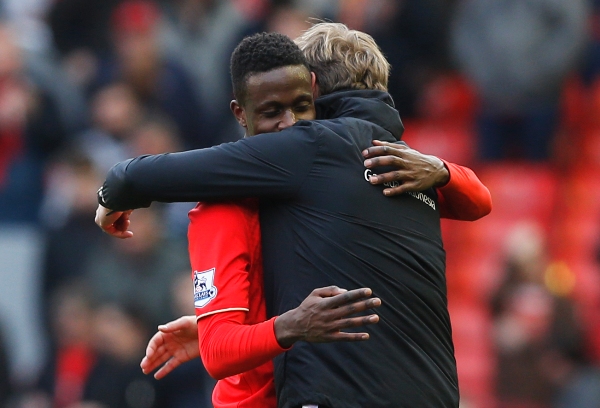 Another of Belgium’s golden generation, Origi may play second fiddle to Romelu Lukaku at Euro 2016 but the 20-year-old is certainly above compatriot Christian Benteke in the Liverpool pecking order. After leading the line against Dortmund during the week Origi came off the bench on Sunday to score a brace and send Jurgen Klopp’s side above Stoke City in the table.