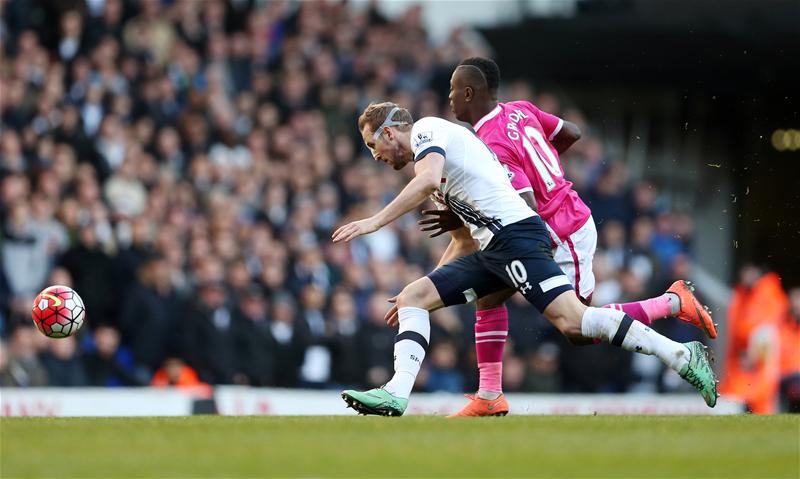 Harry Kane’s Nike Hypervenom boots are on fire as he thumped in another two goals to keep Spurs hot on Leicester’s heels. He makes our Premier League team of the weekend, but who joins him? 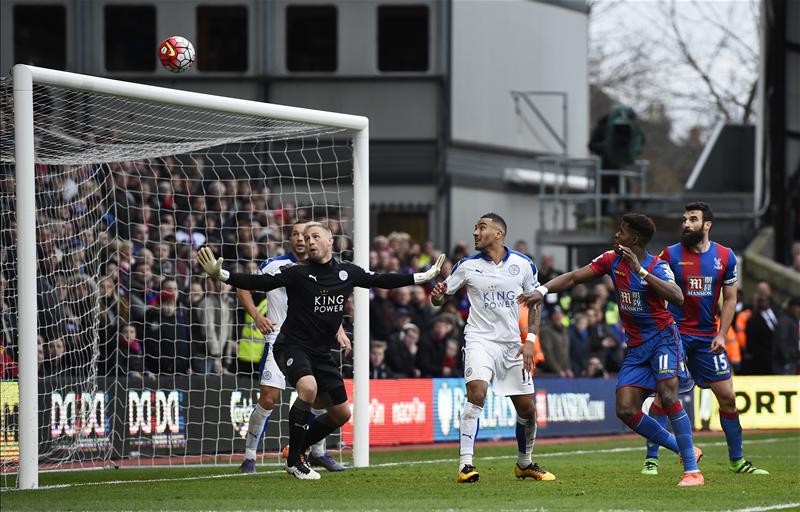 Having well and truly stepped out of his father’s sizeable shadow this season, Schmeichel’s superb form continued in Leicester’s narrow victory at Crystal Palace. His third clean sheet in as many games contained four saves, including a wonderful effort to deny Bakary Sako in the second half.

In one of Arsenal’s most convincing performances in recent weeks, Bellerín’s showing was a highlight as he had Leighton Baines in his pocket all afternoon, as well as chipping through the delightful ball that sent teenager Alex Iwobi on his way to his first goal for the club. 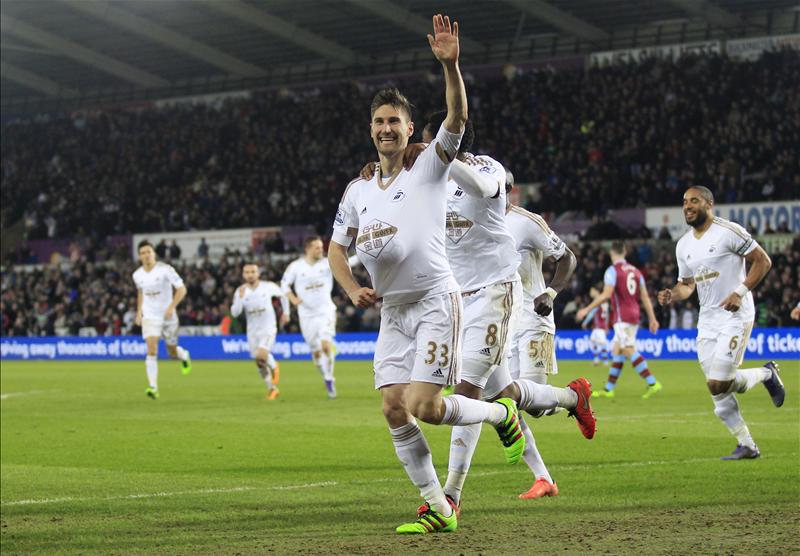 Swansea’s Argentine centre-back was the match-winner in their home victory over Aston Villa. While keeping a clean sheet against Rémi Garde’s side is not the toughest ask at the minute, but Fernández was in the right place at the right time to get on the end of Gylfi Sigurdsson’s 53rd-minute free-kick and score the only goal of the contest. 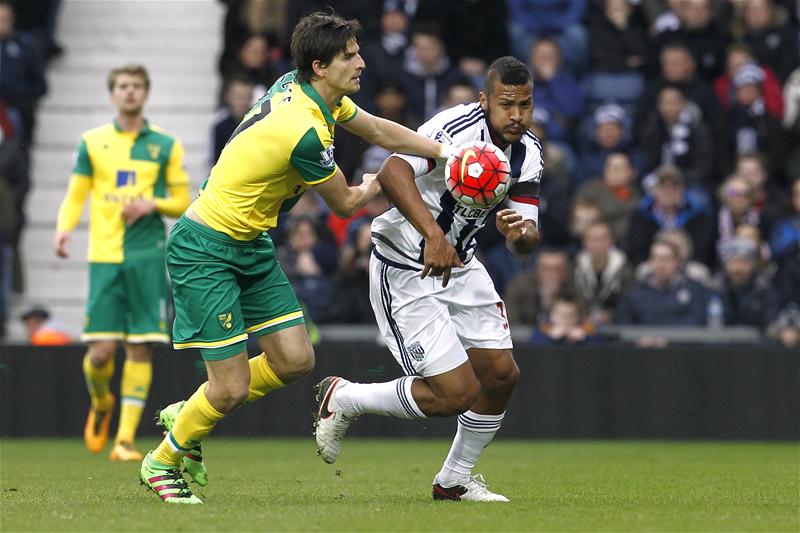 Centre-back Timm Klose makes it into our Fantasy XI for the second week running, and back-to-back clean sheets have seen Norwich climb out of the relegation zone. The Swiss defender is rapidly looking like the kind of January signing that Norwich fans look back on as one which changed their season. 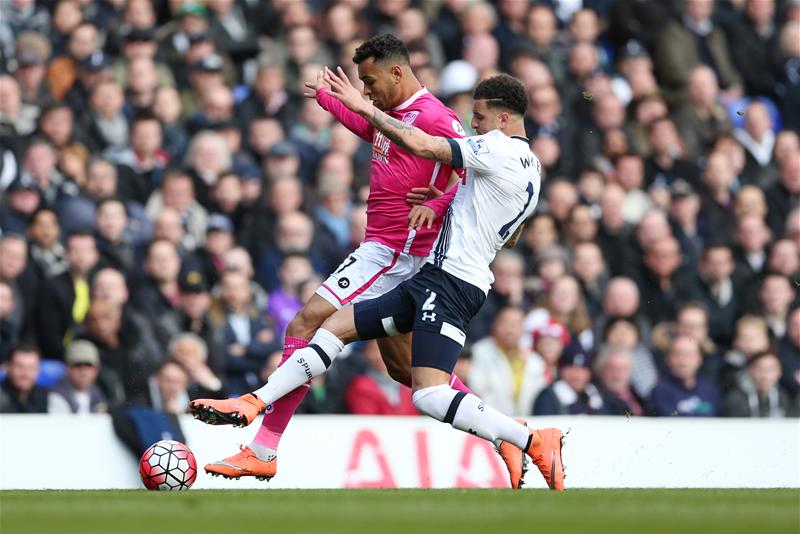 Harry Kane and Dele Alli once again dominated the headlines after Tottenham’s rout of Bournemouth, but Walker’s display was another timely reminder of the full-back’s England credentials ahead of the summer. The defender was given license to get high up the pitch by Mauricio Pochettino, and there were instant returns as his bright orange boots sprinted 30 yards up the pitch and whipped an inviting ball into Kane at the near post for the game’s opener just 44 seconds in. Now that’s a combination England fans wouldn’t mind seeing more of in France. 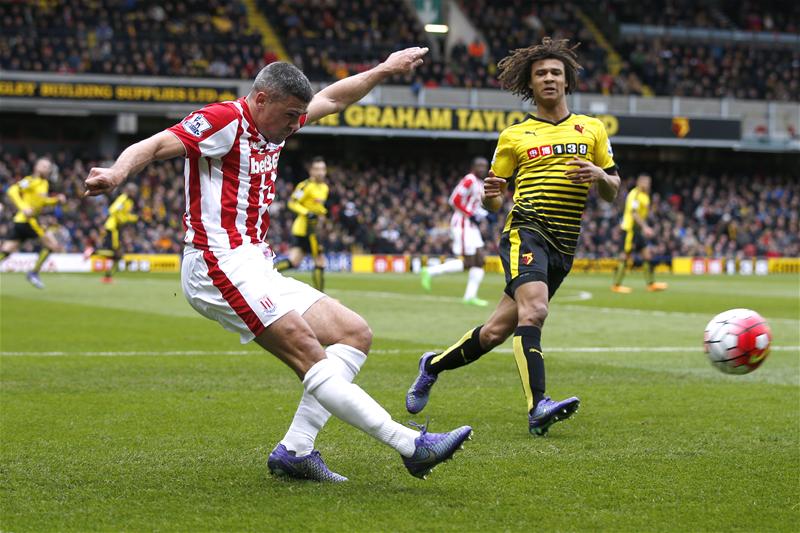 A great week for the Stoke hitman continues, as he makes our Fantasy XI after being named the FAI Senior Men’s International Player of the Year. He was the architect for the Potters’ win on Saturday with a goal and an assist, and Watford will have been sick of the sight of the 32-year-old’s purple Nike Magista boots as he ran them ragged all afternoon. 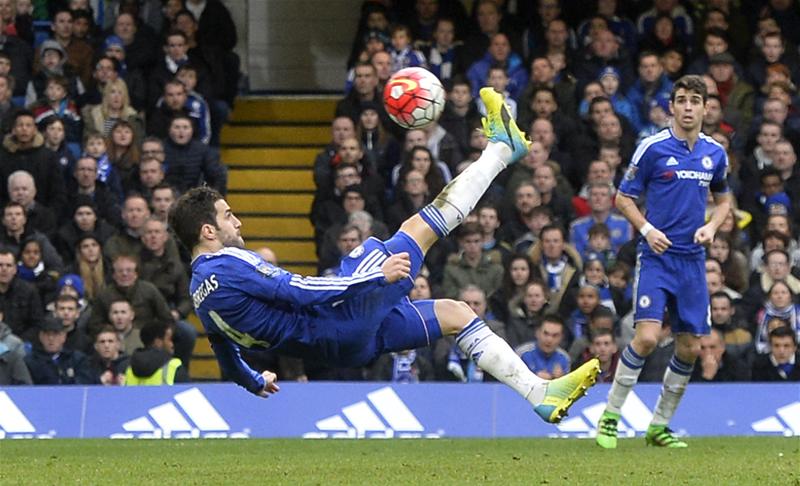 Chelsea’s horror-show season goes on and the Blues are now four games without a win in all competitions. But Fàbregas at least showed the Stamford Bridge faithful he still cares with an inspired display and two goals in their win over West Ham. His first goal was a free-kick that oozed class, and his last-gasp penalty rescued a point on another off-colour day for Guus Hiddink’s side.

Mané came off the bench to score twice, although his introduction did not look quite so clever when the Senegal forward had a penalty saved by Simon Mignolet three minutes after taking the field and with Liverpool still 2-0 up. But his double kept Saints’ hopes of a return to the Europa League alive and kicking, and his finish to make it 3-2 was out of the top drawer. 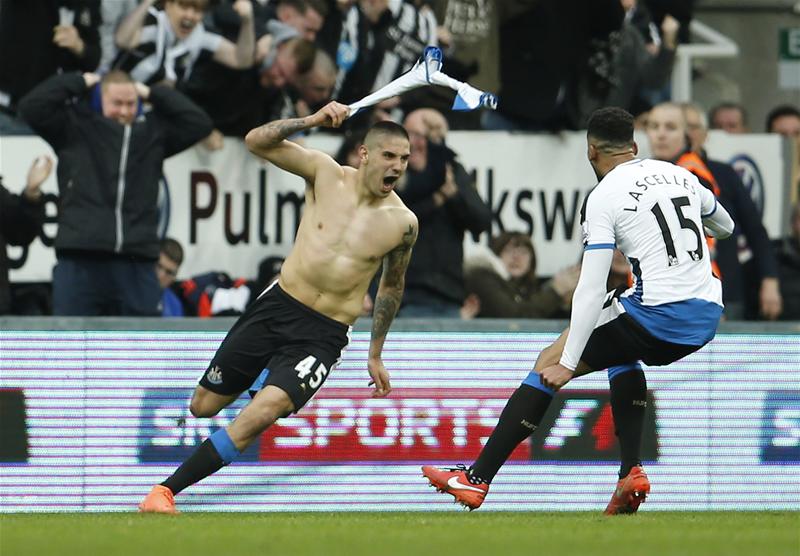 It was not a vintage striker’s performance from the Newcastle hitman in the Tyne-Wear derby, but his headed goal against relegation rivals Sunderland could just be the tonic that keeps the Magpies in the Premier League. The Serbian international scored the first goal of the Benitez era at St James’ Park and halted Sunderland’s winning run in the derby, and you could see from his celebration it meant just as much to the big man as it did to the fans.

Kane’s double against Bournemouth not only took his Premier League goal tally for the season past 20, but also saw him level his 21 strikes from the 2014/15 campaign with seven games remaining. And with six in his last four games, his Nike Hypervenom boots are on fire. 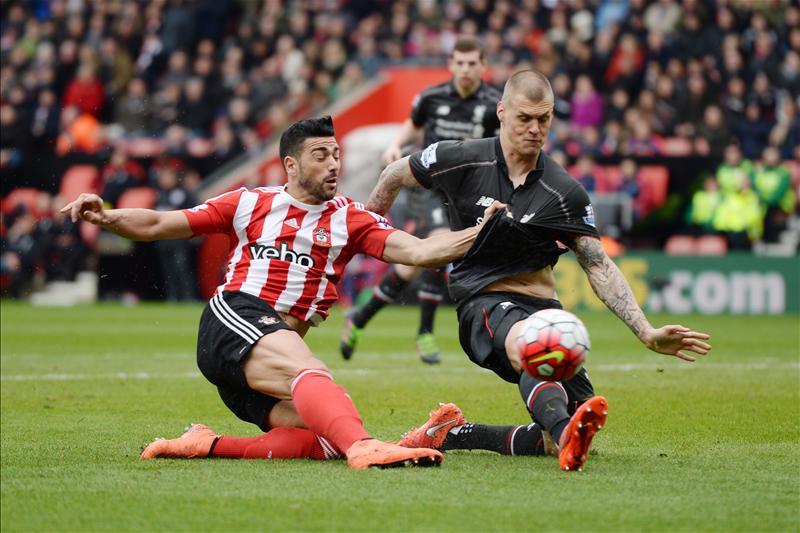 The often say goals are like buses, and after breaking a five-month goal drought  last week, Pellè’s brilliant 83rd-minute finish drew his side level and gave them all the momentum to go on and their winner against Liverpool. After making himself some room at the edge of the area, one flash of his bright orange Nike Mercurial boots saw the ball nestling in the bottom right-hand corner of the net.