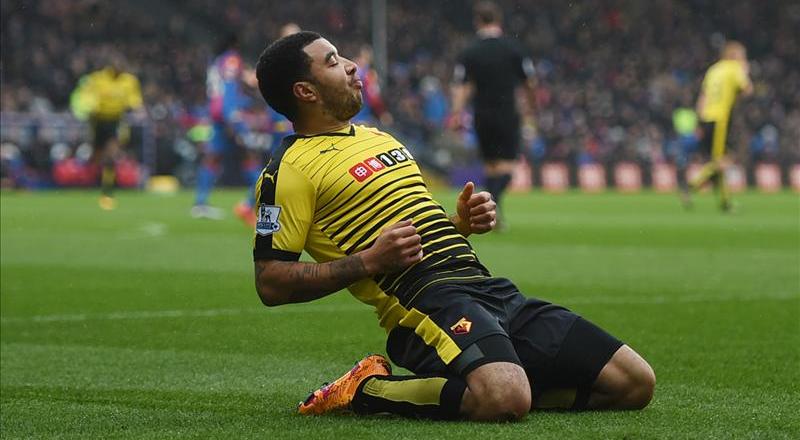 Arsenal emerged from the weekend as the new favourites to win the Premier League title after a stoppage-time victory over Leicester City, but there is no place for any Gunners in our team of the week. 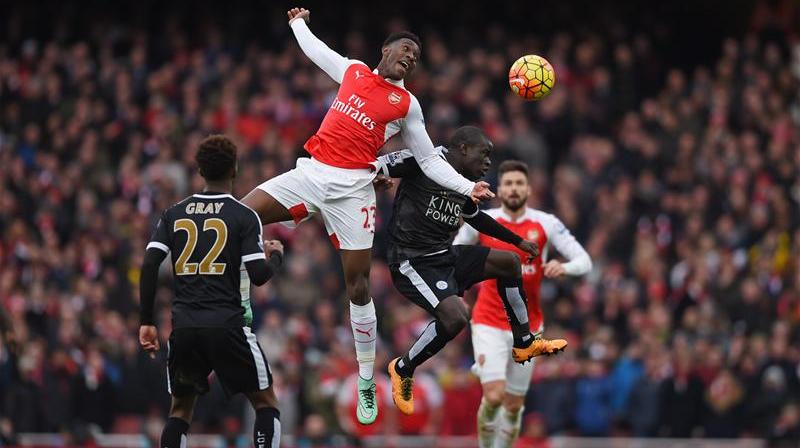 Foxes midfielder N’Golo Kante was once again a force to be reckoned with at the Emirates, but who else joins him in our XI? 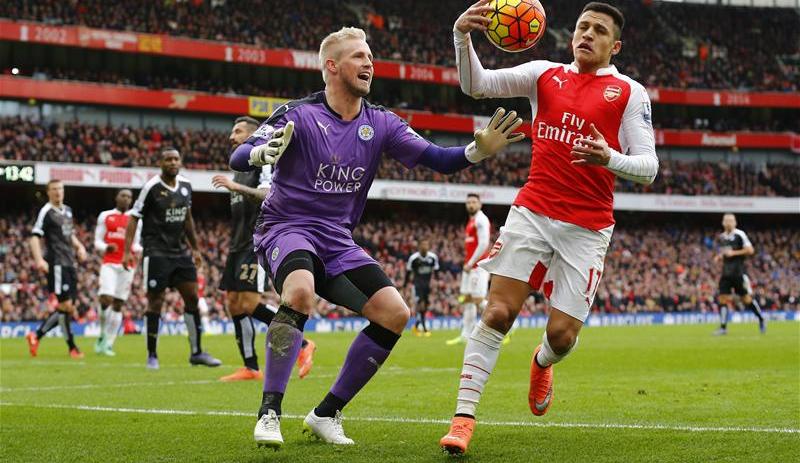 Schmeichel continued to live up to his family name as he made a string of impressive saves to come within seconds of earning his side a valuable point.

The Dane’s performance was capped off when he parried Olivier Giroud’s close-range effort in the dying embers of the game.

Schmeichel continues to don the flashy Nike Tiempo Legend V’s which is in stark contrast to his father, who, throughout his career, only ever wore a pair of unassuming black and white Umbro’s.

The 20-year-old left-back was faultless in Southampton’s victory at home to Swansea as the Saints stretched their unbeaten run to six games.

The Saints have been reinvigorated since the turn of the year and, buoyed by the return of ‘keeper Fraser Forster, have kept six clean sheets in a row.

And Targett, who wears the Adidas Ace 16 Leathers, has been instrumental in Southampton’s remarkable run of late, playing as a left-wing-back with Ryan Bertrand tucked inside. 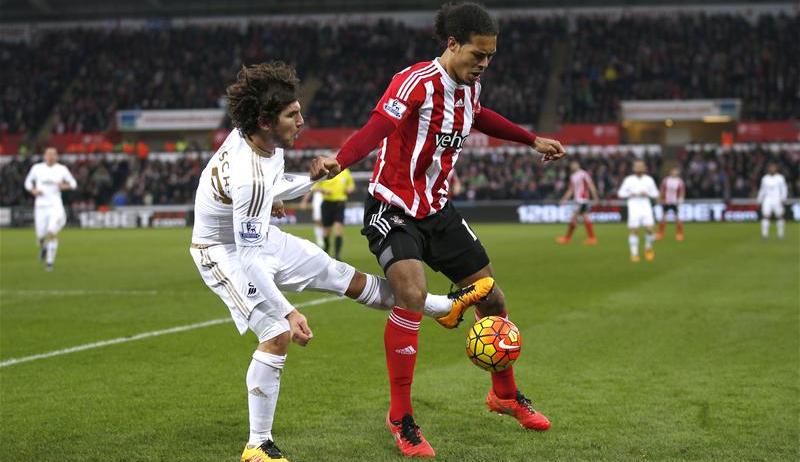 Southampton’s latest clean sheet looked very rarely under threat as van Dijk once again looked imperious at the heart of the Saints defence as they narrowly beat struggling Swansea.

The 24-year-old Dutch defender, who pulled on a pair of Red Tiempo Legends to blend into his Southampton socks, has slotted seamlessly into Saints’ fluid 3-5-2 system and has been an ever-present since his £12m move from Celtic in the summer. 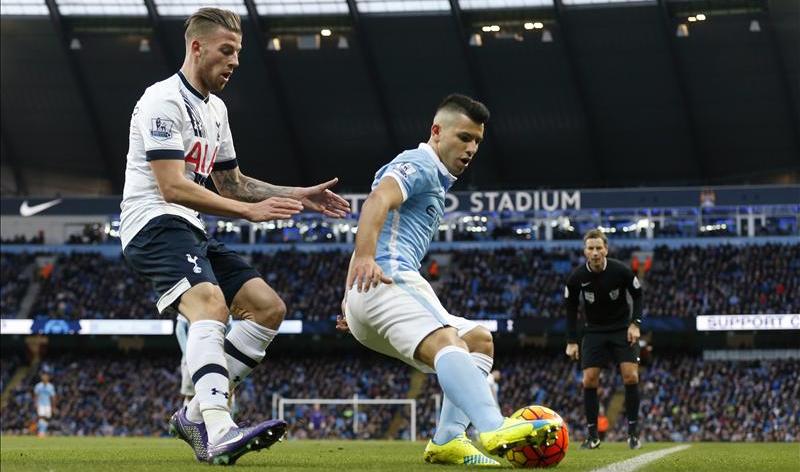 The Belgian defender was once again outstanding as Tottenham moved to within two points of league leaders Leicester after defeating Manchester City in the Premier League at the Eithad for the first time in six years.

Sporting purple Nike Magista Opus boots with the trademark white ‘swish’, he developed a good understanding alongside Kevin Wimmer in central defence as they won their fifth Premier League game in a row. 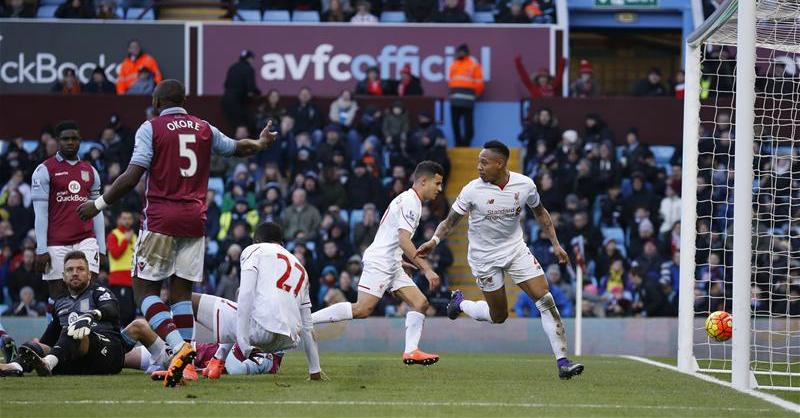 Clyne has struggled for consistency this season in a constantly changing Liverpool defence but was exceptional on Sunday as Liverpool ran amok against struggling Aston Villa.

Clyne wears the vastly popular Nike Magista Obras and put them to good effect at Villa Park, scoring one and setting up another in Liverpool’s stunning 6-0 victory. 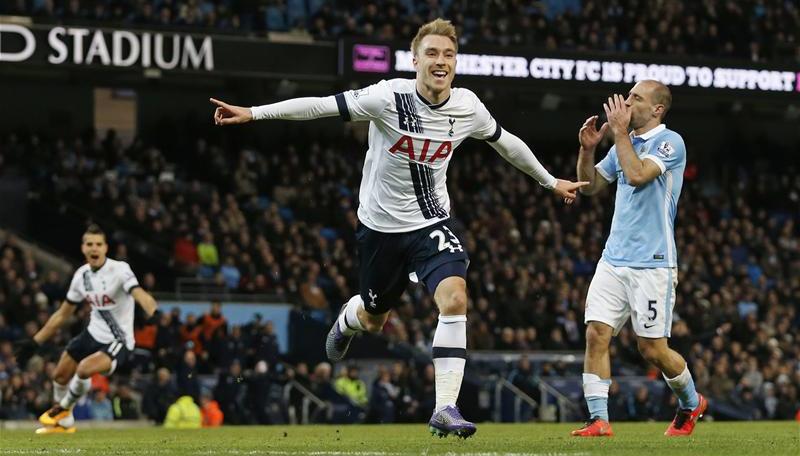 The Danish midfielder, who joined teammate Alderweireld in pulling on a pair of purple Nike Magista Opus boots, put in an eye-catching performance alongside Moussa Dembele as Tottenham edged out Manchester City.

The set-piece specialist was at his dazzling best, displaying nimble footwork throughout and grabbed the winner seven minutes from time, slotting past Joe Hart having been played in by Erik Lamela.

The 24-year-old Frenchman has looked worth every penny of the £6m Leicester spent on him in the summer and his performance against Arsenal on Sunday deserved more than a last-gasp defeat.

Kante’s bright orange Adidas X 15 Primeknits were almost as dazzling as his display in north London, and the midfielder showed unrivalled energy and class throughout the contest. 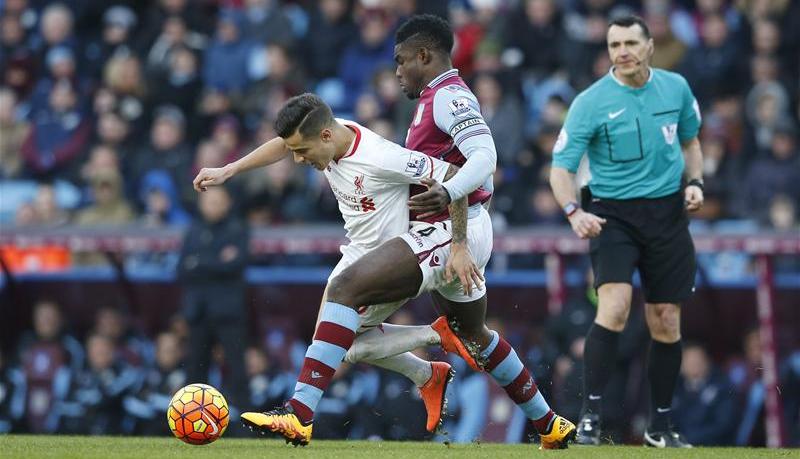 Another impressive midfielder in bright orange, Coutinho’s was up to all sorts on Sunday in his Nike Mercurial Vapour X boots. 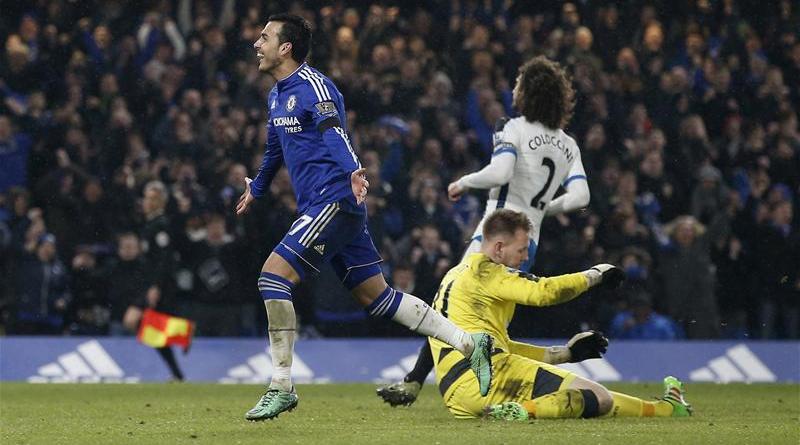 Pedro scored twice as Chelsea eased past Newcastle United 5-1 at Stamford Bridge and arguably could have added to his tally.

Wearing pale green Nike Hypervenom Phinish boots, the Spain international has struggled to live up to his price-tag since his summer arrival but has improved recently under Guus Hiddink’s re-jigged Chelsea team.

Deeney took his tally to nine league goals by scoring twice in Watford’s 2-1 victory against Crystal Palace at Selhurst Park.

Deeney, who like N’Golo Kante wears the Adidas X 15 Primeknits in a sharp shade of orange, put the Hornets ahead with his fifth penalty of the season and grabbed the winner seven minutes from time.

The tempestuous striker, whose shooting boots of choice are the Adidas X15 Leathers, is starting to get back to his prolific best as he netted again for the vastly improving Chelsea.

The Spain striker ran Magpies captain Fabricio Collocini ragged all afternoon and turned provider for Chelsea’s third goal by sliding in Willian as they raced to a 3-0 half-time lead.