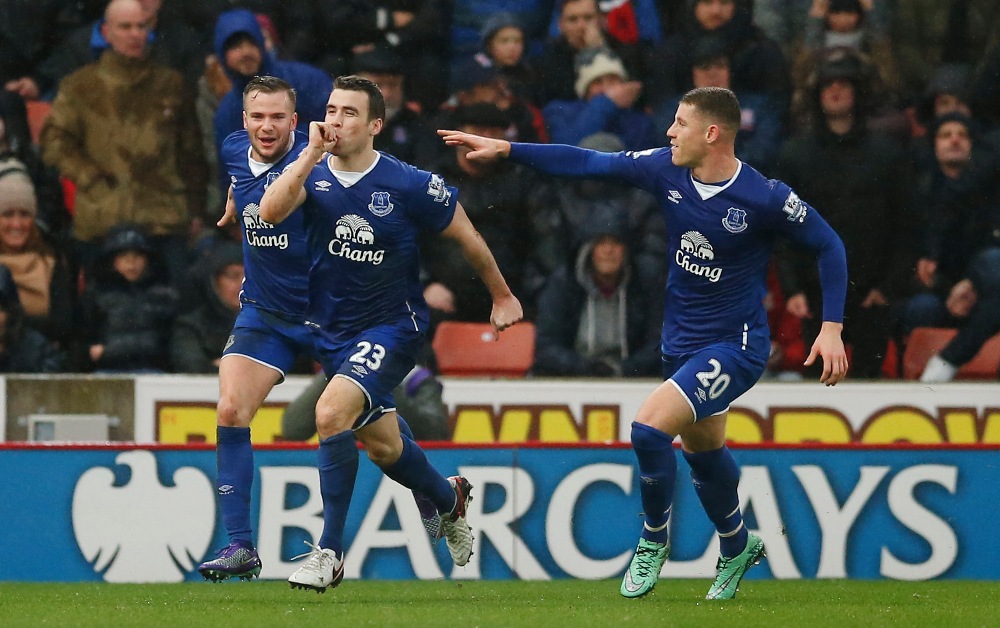 Leicester City are officially the bookies’ favourites to win the Premier League title, after a superb 3-1 win at Manchester City, and people are starting to believe Claudio Ranieri’s Foxes can do it. Riyad Mahrez was once again at his destructive best and rightfully takes his place in our Fantasy XI, but who joins him?

De Gea continues to prove he is one of the best shot stoppers in the game, producing two brilliant saves at Stamford Bridge to prevent Branislav Ivanovic and Cesc Fabregas. If not for Diego Costa’s last-minute equaliser, it would have been a perfect afternoon for the Spaniard.

The young full-back made the most of Mauricio Pochettino’s rotation policy by scoring the only goal in Tottenham’s win against Watford. Trippier posed a constant attacking threat for Spurs as well as stopping Watford from have a single shot on target.

An all-action display from the 31-year-old defender inspired Leicester to a momentous victory. At the back, he limited livewire Sergio Aguero to a late consolations goal while, at the other end, the German found the net not once but twice. A towering presence in both boxes.

Yoshida was the unlikely goalscorer in Southampton’s win against West Ham but all the more impressive was his role in an unbreakable back four. The Saints have now kept five clean sheets in a row, this latest one despite Victor Wanyama seeing red just ten minutes into the second half. Yoshida  made seven clearances, three interceptions and organised the back four brilliantly to ensure his goal was decisive.

The Irishman’s header was his first goal of the season in a brilliant all-round performance as Everton stunned Stoke with a superb first-half at the Britannia Stadium. The full-back also put in a resilient performance as the Toffees ensured there would be no nervy finish in the Potteries.

Aston Villa are finally starting to find some life under Remi Garde and Gil is playing his part. The midfielder put in a brilliant playmaker performance as they beat Norwich on Saturday, continuously carving out opportunities and setting up Joleon Lescott’s headed goal from a free-kick.

Cleverley chose the right time to put on a show in the Everton midfield, with England manager Roy Hodgson watching on. The midfielder won Romelu Lukaku’s penalty and set up Coleman’s goal, while his set-piece delivery was a constant threat.

Lingard’s strike on the hour mark was just one part of an energetic display for Manchester United as they continue to look for a top four finish. The winger was constantly on the move and tested Cesar Azpilicueta throughout the match.

Mahrez continued his quest to be names Premier League player of the year with a mesmerising performance at Man City. The Algerian’s free-kick inside three minutes set up Huth’s first goal before he doubled the lead with a sumptuous step-over and finish past Joe Hart.

Easily the liveliest player at Anfield, Brazilian Firmino made it five goals in as many matches for the Reds with a well-taken header. The forward also set up Adam Lallana to double their lead and created another three opportunities before Sunderland came back to draw the match.

Lukaku continued his outstanding form as he matched Tony Cottee’s club record of 16 goals for the Toffees in a Premier League season. His penalty and all-round attacking performance helped Everton to overpower Stoke.