There seems to be no stopping Jamie Vardy and Leicester, as they saw off Liverpool this time to continue the most unlikeliest of title charges in the Premier League. Tottenham Hotspur are also still ticking along nicely, but there was one big change this weekend – Manchester United looked back to the Red Devils of old and even scored a first-half goal!?! Here’s our Fantasy XI. 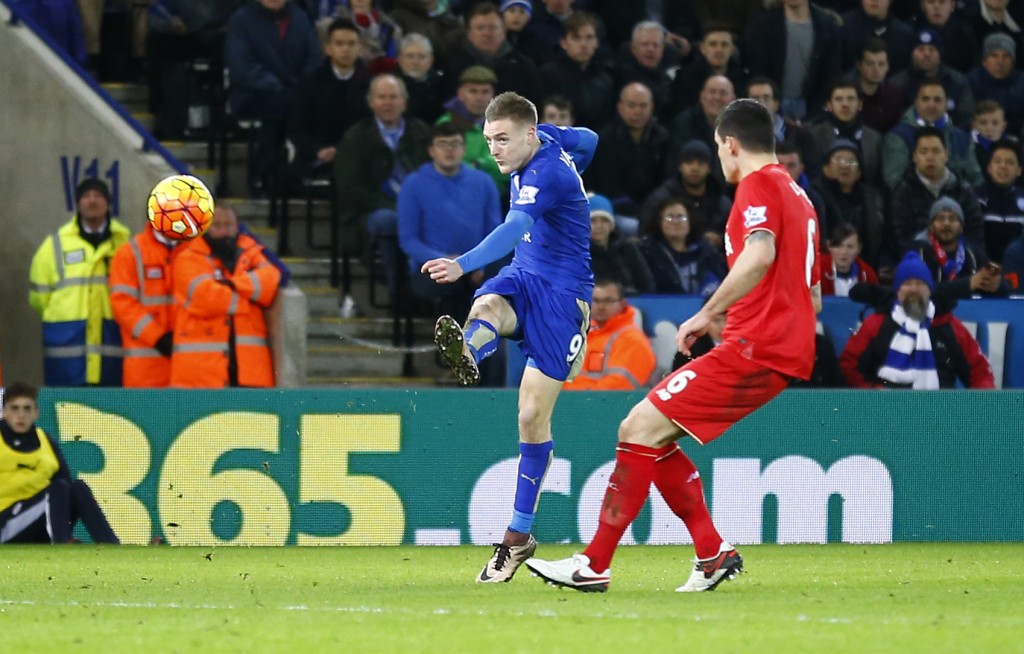 In just his fourth match back after returning from a long-term knee injury, Southampton’s shot stopper kept a clean sheet against Arsenal at the Emirates to help Saints earn a valuable point on the road. Fraser made ten saves, including two sublime efforts to keep Arsenal’s in-form man Mesut Ozil at bay.

Englishman James Tomkins exposed Aston Villa’s left-hand side all night at Upton Park on Tuesday, especially after Jordan Ayew saw red after just 17 minutes. And Tomkins’ hard work should have been rewarded with an assist, but Enner Valencia headed over the bar from a well placed cross.

Virgil van Dijk’s commanding performance at the heart of Southampton’s defence sees him shoe his way in this week. The Dutchman put in a solid performance alongside captain Jose Fonte, summed up by a perfectly timed slide tackle to prevent Alexis Sanchez from getting a shot at goal with just six minutes remaining.

Argentine Nicolas Otamendi had his hands full for 90 minutes and had to be at his best to keep Sunderland off the score sheet. The Black Cats had five more shots on goal than Man City, with Otamendi making three important blocks including a late goal line clearance to keep City in touch of Leicester at the summit of the table.

The 19-year-old versatile defender provided an assist for Jesse Lingard to head home and formed part of the defence that kept a clean sheet against the Stoke attack that gave United nightmares in the reverse fixture back in December.

The young Englishman controlled the game from Everton’s midfield, and although both his goals came from the penalty spot, he could have had three on the night when his powerful strike cannoned off Rob Elliot’s crossbar.

The19-year-old Frenchman showed his world class potential in front of the Old Trafford crowd on Tuesday night in what has been an up and down season so far. Martial scored his ninth goal of the campaign with a fine curled shot past Jack Butland before setting up Wayne Rooney who netted United’s third of the night.

Algerian midfielder Riyad Mahrez has combined with Leicester team mate Jamie Vardy this season to produce one of the Premier League’s most dangerous pairings. That continued on Tuesday night when Mahrez delivered a fantastic long-ball forward which Vardy got on the end of to score a fantastic volley from outside the area.

A recent run of form saw the Manchester United captain find the back of the net for the seventh time in as many games against Stoke at Old Trafford. He also provided an assist for Martial to get on the score sheet.

The Tottenham hitman continued to prove that he is no ‘one season wonder’ on Tuesday night when he struck twice to sink Norwich City at Carrow Road. Kane dispatched a penalty in the first half to add to Dele Alli’s opener, then made it 3-0 in the 90th minute to take his season tally up to 15 league goals.

The Premier League’s leading marksman scored a goal of the season contender to put Leicester ahead against Liverpool when he hit a sumptuous volley from outside the area straight over a helpless Simon Mignolet. Vardy then added a second goal to his tally to help steer the Foxes to a 2-0 victory.