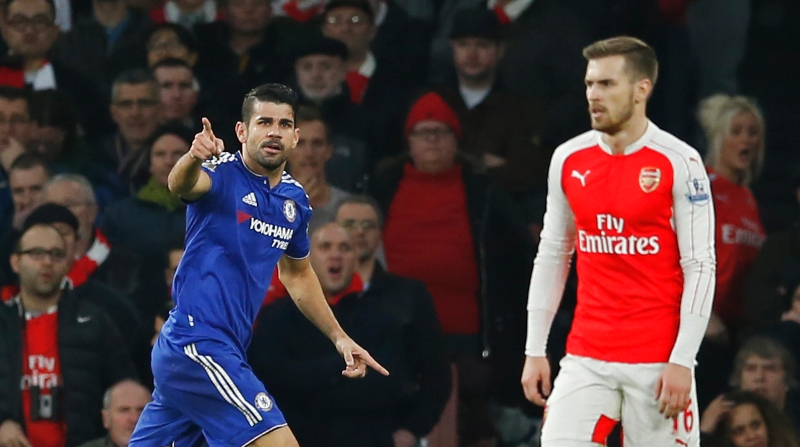 The title race turned upside-down, a nine-goal thriller at Carrow Road and a teenager hitting the goal of the season so far. The Premier League delivered yet against this weekend. Here’s our Fantasy XI:

Due to the form of Stoke City’s Jack Butland this term there has been suggestions that Joe Hart should no longer be considered England’s undisputed No1. But the 28-year-old reminded everyone of his talent with a world class save from a Dimitri Payet free-kick in Manchester City’s 2-2 draw with West Ham on Saturday.

Though the Premier League are determined to take his goals away from him, the Sunderland full-back is on fire. Another energetic display was capped with the equaliser against Bournemouth – his fourth goal in as many league games, though the Premier League Goal Accreditation Panel has ruled his strikes against Swansea City and Aston Villa should be credited as own goals, rather than his.

The Dutch defender was wasted at Celtic. There was simply not enough of a challenge for him. But Virgil van Dijk took no time at all to settle in the Premier League and was typically commanding at the heart of the Southampton defence in their surprise 1-0 win at Manchester United on Saturday that heaped pressure on compatriot Louis van Gaal.

The Serbian has gone from Stamford Bridge superhero to Chelsea chump for much of this season. But Branislav Ivanovic was back to his commanding best in Sunday’s away win at Arsenal to help ensure the Blues remain unbeaten under Guus Hiddink.

What a game at Carrow Road to kick-off the Premier League weekend! Norwich City 4 Liverpool 5 had everything and Roberto Firmino was the star turn. The Brazilian scored the game’s first goal and poked in for 3-3. Norwich simply could not live with him, Liverpool and Jurgen Klopp cannot do without him.

Jamie Vardy and Riyad Mahrez have quite rightly taken most of the plaudits for Leicester City’s extraordinary season. But their unsung hero has to be N’Golo Kante. He ran a cool 11.24km against Stoke on Saturday, further than anyone else on the pitch. He stifled all of Stoke’s attacking intent almost single-handedly and seldom wasted possession.

Not many people needed convincing of Dele Alli’s potential before the weekend, but after his sublime volley against Crystal Palace few can doubt he is already the real deal. The 19-year-old received the ball with his back to goal, flicked it over his own head then spun and fired a ferocious low volley beyond Wayne Hennessey to give Tottenham the lead. You will not see a better strike this season.

There simply are not quicker feet in the Premier League than Dimitri Payet’s. How West Ham United missed his twinkle toes during his spell on the sidelines and oh how they have profited in his return. The Manchester City midfield is not the first and will not be the last to have been toyed with and destroyed by Payet. The Hammers have now lost just one of their last 10 Premier League games.

If Sergio Aguero can remain fit until May then Manchester City will surely win the Premier League. The Argentina striker dragged his team to a point against West Ham and now has four goals in his last two Premier League appearances. But, there are no guarantees, unfortunately, that his hamstring will last the punishment of a gruelling finish to the Premier League season.

Arsenal must be sick of the sight of Brazilian-born Spain striker Diego Costa. He tormented the Gunners at Stamford Bridge earlier this season as they finished the game with nine men. And he hit the winner at the Emirates Stadium on Sunday having earlier won the free-kick that saw Per Mertesacker receive a straight red card. He now has six goals in six games and looks back to his best.

One season wonder Harry Kane now has 15 goals in his last 18 games for Tottenham Hotspur in all competitions. Though he may not surpass the 32 he hit last term for club and country, he is surely now a shoo-in to be a starter for England at the European Championships this summer. Another dominant display and towering header from the front man helped Spurs beat Crystal Palace to close the gap on Arsenal and Manchester City immediately above them in the table.