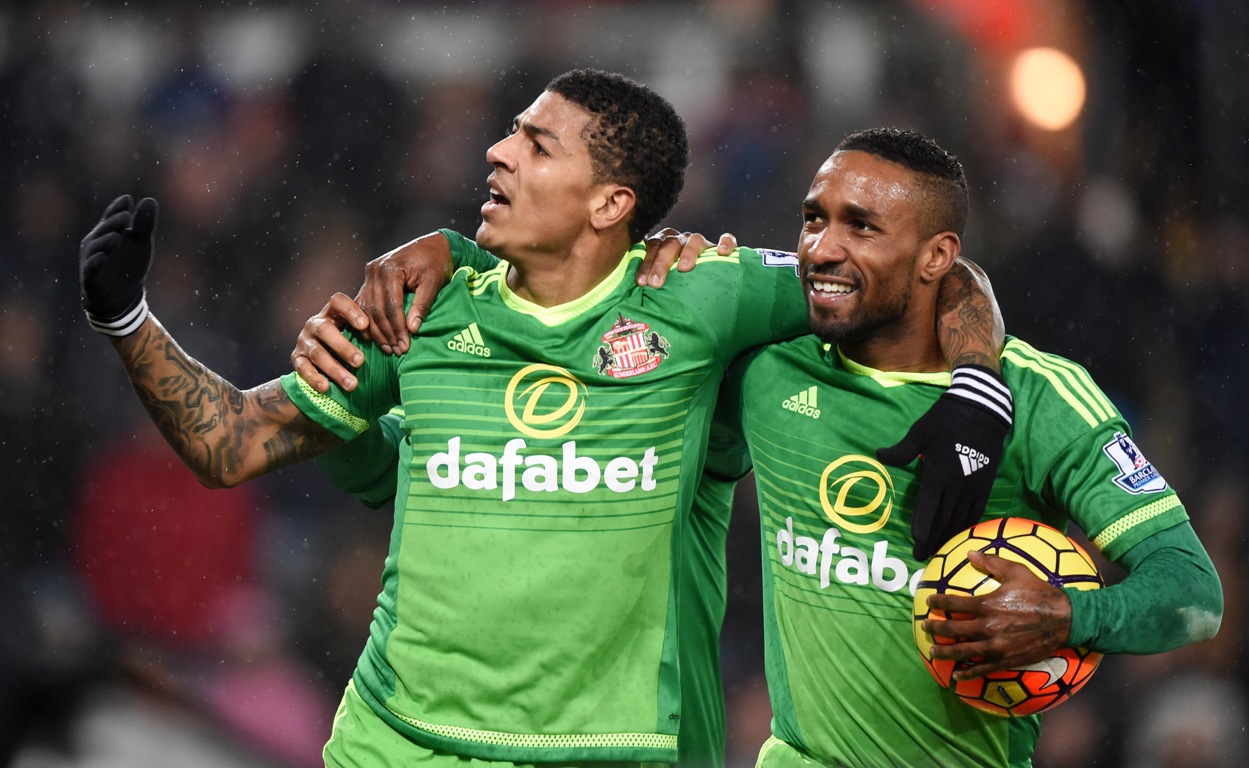 A thriller at Anfield, wins for Aston Villa and Sunderland, plus another impressive scalp in Leicester’s enduring title bid – there was plenty to keep Premier League fans entertained in mid-week. Here is our Fantasy XI: 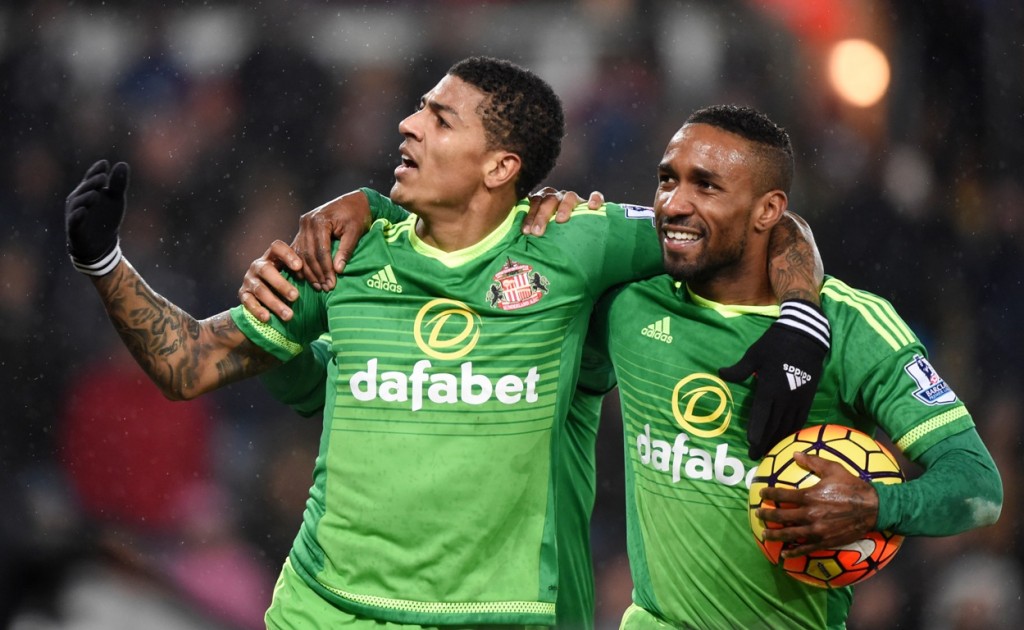 Not many goalkeepers travel to the Etihad Stadium and return with a clean sheet but Howard can count himself among the lucky few. Luck, however, had little to do with it as the USA stopper shone in the second half to keep the likes of Sergio Aguero, Kevin De Bruyne and Raheem Sterling at bay to earn Everton a point.

Sunderland are on the march with two league wins on the trot and their left-back is, perhaps surprisingly, leading by example. After netting against Aston Villa 11 days earlier, van Aanholt scored at Swansea last night as well as setting up one of Jermain Defoe’s hat-trick of strikes to help move the Black Cats to within one point of safety.

Leicester aren’t going away and their latest victory – at Tottenham – was one of their most impressive yet. Struggling for goals of late, the previously-prolific Foxes had to find a new way to win and Fuchs played a key role. Industrious all evening, the Austrian full-back also set up the winner with a teasing out-swinging corner.

Huth was the man who headed home that winner and it was a goal his performance deserved. The Towering German continues to show why Leicester’s decision to sign him to a permanent last summer was an inspired one. Can the 31-year-old claim a third Premier League winner’s medal, ten years after collecting his last one with Chelsea?

At the other end of the table is Aston Villa but, thanks to Lescott, the wait for a win is over for Remi Garde’s men. Villa had gone 19 games without tasting Premier League victory, since the opening day of the season, but Lescott’s header proved to be the decisive moment of a low-key clash with Crystal Palace on Tuesday – not that Garde will mind at all.

Liverpool and Arsenal played out a thriller at Anfield last night and Ramsey was never far from the action. He netted one of four goals and set up another in a frantic opening 25 minutes. And, as legs grew tired, the Welshman was always a force in midfield. If Arsenal are to end their long wait for a Premier League crown, Ramsey must stay fit.

Newcastle’s never-say-die attitude earned them a draw with Manchester United on Tuesday and WIjnaldum played a central role for Steve McLaren’s side. The Dutchman found the net in the first half and provided a constant source of energy, stretching the visitors right until the final minute.

The tricky Brazilian has shown glimpses of what he can do this season but Arsenal felt the full force of his powers at Anfield last night. Firmino struck twice inside the opening 20 minutes – the second a superb curling effort, leaving Petr Cech with no chance – and were it not for Liverpool’s leaky defence, that might have been enough to win it.

Payet is back from his injury lay-off and he has wasted no time in reminding West Ham fans what they have been missing. The Frenchman has been one of the signings of the season and he terrorised Bournemouth on Tuesday, scoring one and setting up another as the Hammers moved to within a single point of the top four.

Sunderland’s hat-trick hero showed last night that he has not lost any of his powers. One of the league’s most feared finishers during his Tottenham days, Defoe rolled back the years at the Liberty Stadium to run riot against fellow strugglers Swansea and take home the match ball.

There are plenty of contenders to partner Defoe in this team, with Enner Valencia, Aleksandr Mitrovic and Olivier Giroud all impressing but the honour goes to Rooney. The England captain has struggled this season amid claims his Manchester United side are boring to watch but everyone was on the edge of their seat at St James’ Park on Tuesday. After rolling in the opener from the penalty spot, Rooney fired a superb effort into the top corner after the break to cap an impressive display.