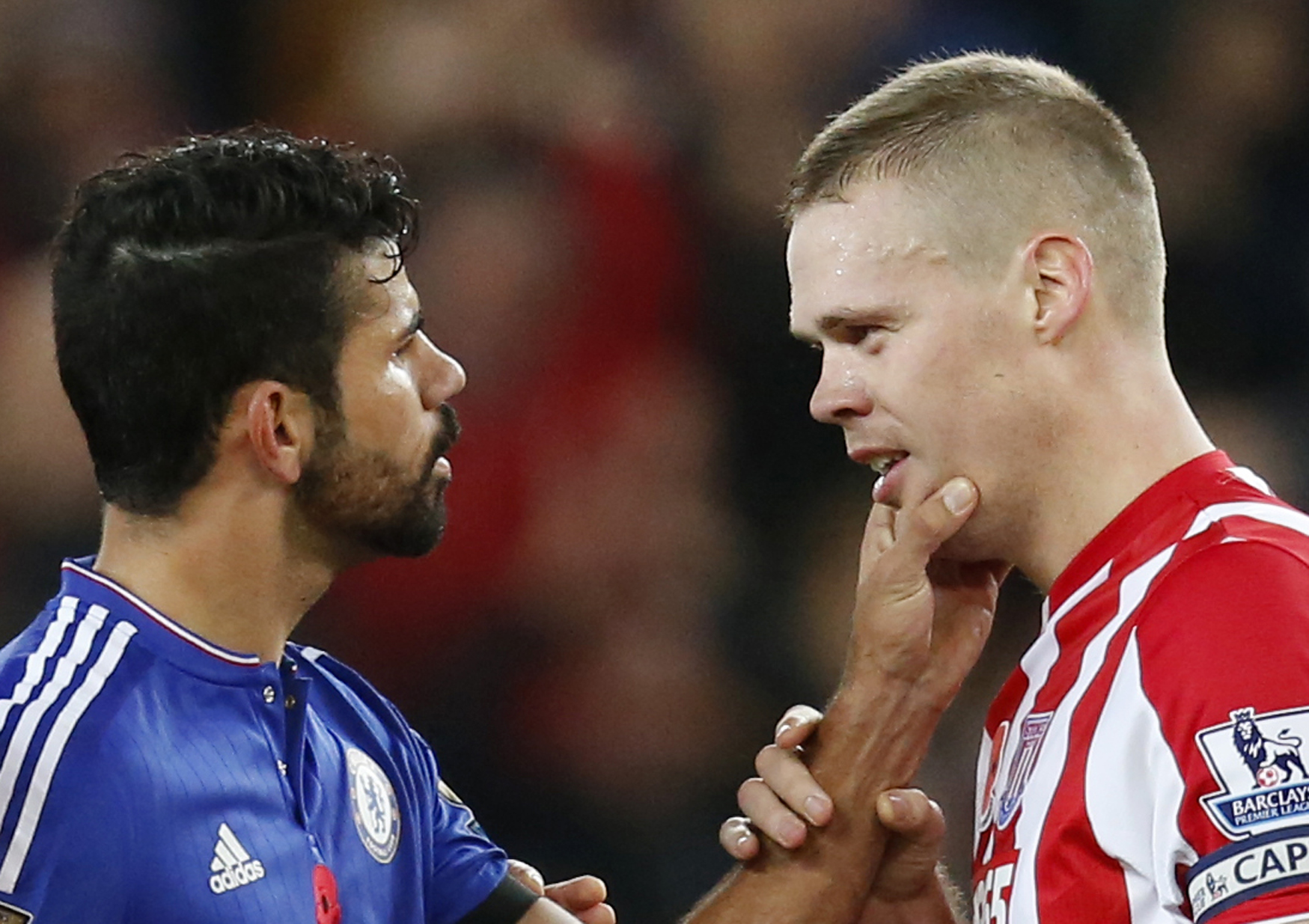 ANOTHER WEEKEND, AND ANOTHER DEFEAT FOR CHELSEA, WHILE MANCHESTER CITY, ARSENAL AND LIVERPOOL DROPPED POINTS TOO. HERE’S OUR FANTASY XI FROM WEEK 12 OF THE PREMIER LEAGUE. LET US KNOW WHAT YOU THINK, AND WHILE YOU’RE HERE WHY NOT CHECK OUT ALL OUR PREMIER LEAGUE KITS IN OUR ONLINE SHOP BY CLICKING HERE.

The 29-year-old stopper almost single-handedly earned Newcastle only their second Premier League win of the season and their first on the road under boss Steve McClaren. Bournemouth had 20 efforts on goal and Elliot repelled them all.

Stoke were the latest team to get the better of Chelsea this season and Ryan Shawcross’s handling of Diego Costa was key. England’s one-cap wonder has done his bit in the past for local good causes, but was in an uncharitable mood at the Britannia Stadium.

Playing alongside Shawcross at left-back, Erik Pieters was instrumental in stifling Chelsea’s attacks. Block after block left Eden Hazard and co. frustrated once more and absent manager Jose Mourinho no doubt dismantling the trouser press in his hotel room.

Crystal Palace seem to hold the hex over Liverpool and this time Scott Dann was their tormentor in chief. A rock-solid defensive display alone would have had him as a contender for our team of the week, but an 82nd-minute winner made him a shoo-in.

What has happened to the Belgium midfielder? Mousa Dembele has always possessed oodles of talent, but suddenly it seems he knows what to do with it. Though he failed to score his fourth goal in as many games on Sunday, he dominated the midfield at Arsenal in a game Spurs should have won.

Like team-mate Dembele, Dele Alli’s all-action display at the Emirates Stadium should have been enough to help Tottenham win the north London derby. Opposite number Santi Cazorla was substituted at half-time complaining of dizziness – probably because he continually had to spin around after losing the ball in the middle of the park.

Manchester United might have shelled out millions of pounds on attacking talent this term, but it was one of their home-grown talents that proved the difference at the weekend. A goal in his first league start of the season helped see off a determined West Brom.

An absolutely majestic pass for Romelu Lukaku’s equaliser at West Ham capped a superb display from the former Barcelona midfielder. Everton have a real gem on their hands who is currently on top form.

Wilfried Zaha may have seemingly wasted the opportunity of his big break at Manchester United, but showed he can certainly perform on the big stage after toying with and destroying Liverpool at Anfield. Manager Alan Pardew labelled Zaha’s display as his best in 193 appearances for the Eagles.

There’s just no stopping the England sharp-shooter. Jamie Vardy won and then blasted in a penalty that leaves Leicester City third in the Premier League table and within a point of the summit. It also just happened to be the ninth consecutive game in which he scored – the top-flight record is ten.

He just loves playing against West Ham. Romelu Lukaku earned Everton a point at Upton Park on Saturday with his seventh goal in as many games against the east Londoners. Can he play you every week?