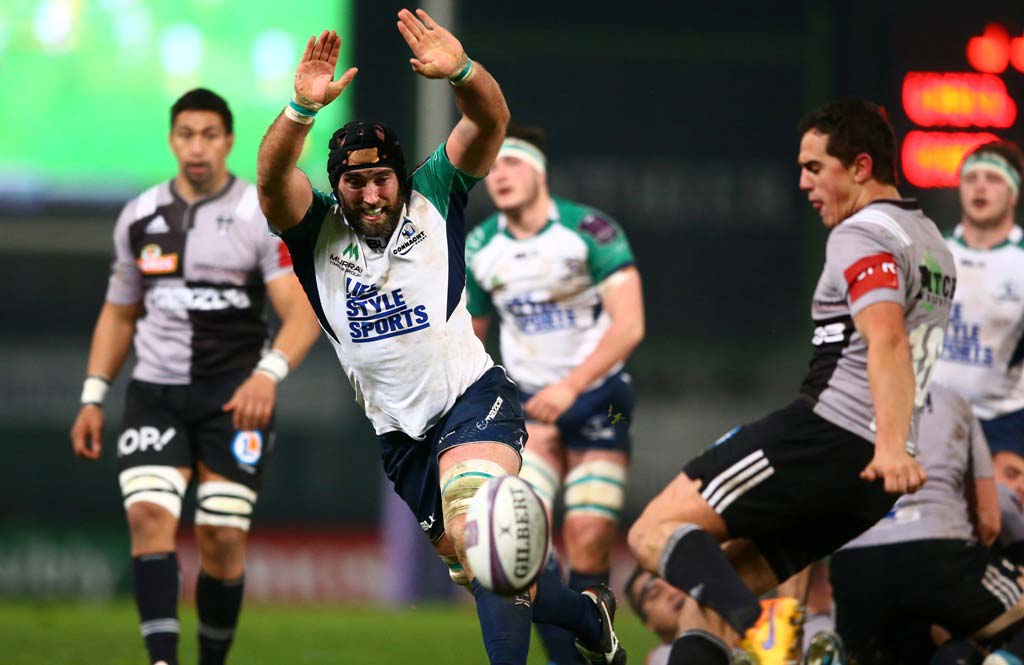 Connacht’s trip to Enisei-STM in November ended in travel chaos and head coach Pat Lam will be hoping to see this weekend’s return fixture reach a much better conclusion.

Two months ago, Connacht travelled to Siberia and recorded a 31-14 victory over Enisei on the Saturday to kick off their Challenge Cup campaign.

However, inclement weather and technical issues with their chartered plane ensured some members of the squad didn’t return to Ireland until the middle of the following week.

They edged past Brive 21-17 that weekend but it was the French side who beat them 21-18 last Saturday to ensure a place in the quarter-finals hangs in the balance.

Brive top Pool 1 by a solitary point and travel to Newcastle Falcons, who can do Connacht a favour, on Saturday.

Whatever happens in that game, though, Connacht have their eyes set on a bonus-point win at the Sportsground and – according to back-row Eoghan Masterson – a run to the business end of the competition.

“A trophy would be massive for us, and I think we are very capable of winning that competition,” said Masterson

We are contenders to win it. Last year we went away to Gloucester in a quarter-final and narrowly lost by one score – and they went on to win the competition.

“We have shown, in the Pro12 as well, that if we can perform well we can match any side.

“We just need to get our stuff together this weekend, produce a performance and we will take it one game a time. Hopefully we can get to that quarter-final.”

In the Champions Cup, Ulster welcome Oyonnax to the Kingspan Stadium, knowing only victory will do if they harbour hopes of reaching the knockout stages.

The all-conquering Saracens have topped Pool 1 but a win will put Ulster in the hunt for one of three best runners-up places – though other results may have to go their way.

Munster must also rely on other results, chiefly in their own pool where Stade Francais can deny them a spot in the last eight by avoiding defeat against Leicester Tigers.

Should Leicester win, however – and Munster pick up maximum points at Benetton Treviso – there is a chance Anthony Foley’s charges will sneak through.

For Leinster there is no such chance, as they lie at the foot of Pool 5 despite beating Bath 25-11 last time out.

However, that ended Bath’s hopes of the last eight too and they have the opportunity to inflict a similar punishment on Wasps this weekend.

There is also a matter of revenge to address, after Wasps travelled to the RDS on the opening weekend of the competition and left with a 33-6 triumph.