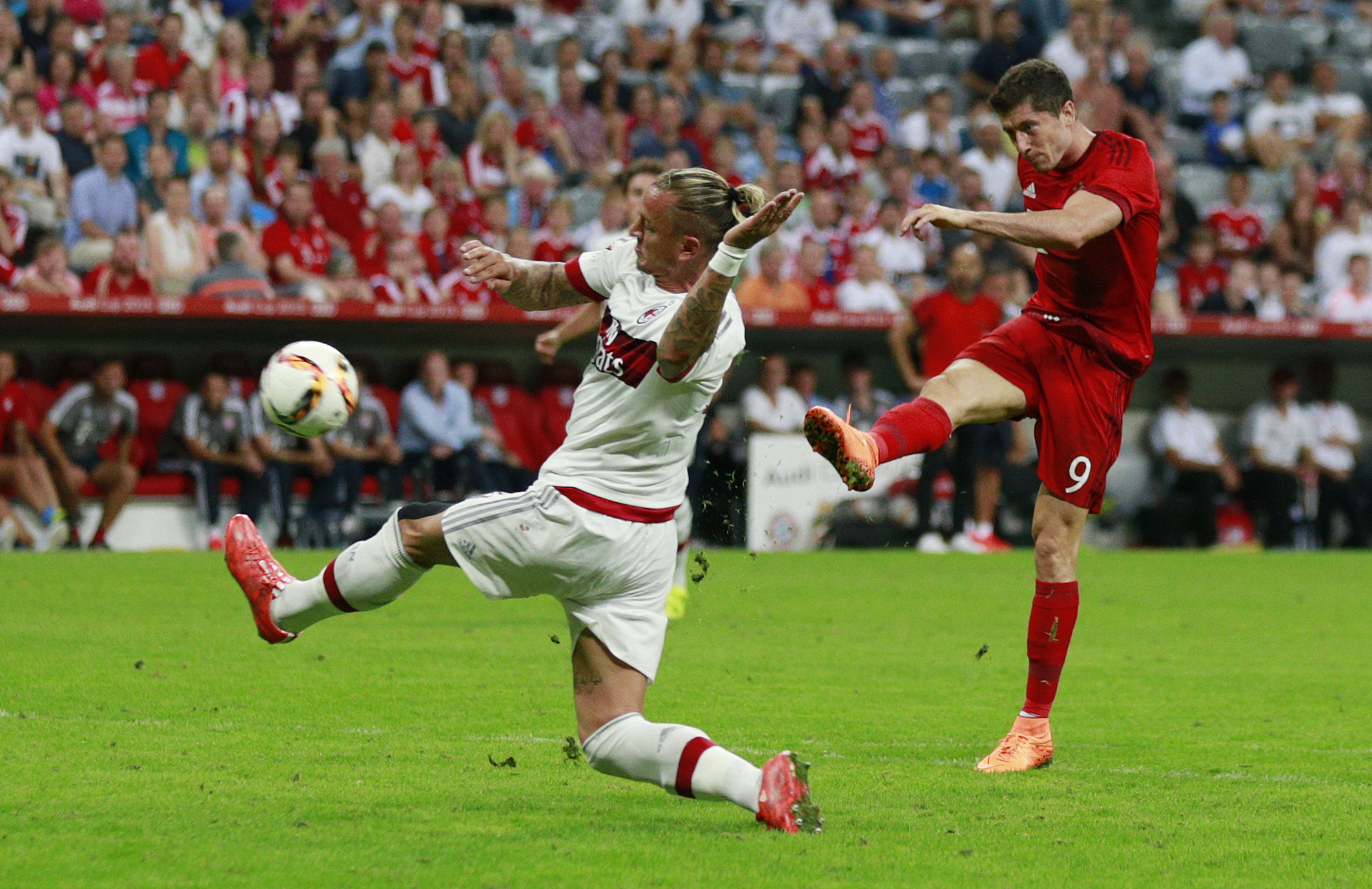 Robert Lewandowski took his tally to ten goals in his last three games with a hat-trick against Dinamo Zagreb and you can now get your hands on a pair of the Bayern Munich striker’s boots after the latest Nike launch.

Last night Polish striker Lewandowski grabbed a treble against Dinamo Zagreb having scored twice in Saturday’s 3-0 win at Mainz and five times in eight minutes 59 seconds as a second-half substitute in the 5-1 victory over Wolfsburg last week.

That quintet included the fastest hat-trick in Bundesliga history – three minutes 22 seconds and the 27-year-old has also become the fastest foreign player to 100 goals in the competition.

And as of today you can get your hands on your own pair of Nike Hypervenom boots – also worn by Manchester United’s Wayne Rooney, Barcelona’s Neymar and Edinson Cavani of PSG – by simply checking out our online store here.

Joe Hart might have shone with his hands as Manchester City beat Borussia Monchengladbach to kickstart their Champions League adventure into action after a stuttering start, but you can also get your hands on a pair of new Nike Magista boots that he and World Cup winners Mario Gotze and Andres Iniesta, as well as PSG’s David Luiz, were sporting here as they were also launched today.

While you are there why not also check out the latest Nike Mercurial boots – worn by Premier League stars Eden Hazard, Anthony Martial and Alexis Sanchez, as well as Bayern Munich’s Franck Ribery.

New Adidas boots that are now available were also on show last night with Juan Mata starring as Manchester United beat Wolfsburg 2-1 – the Spaniard doing so in his new X boots. You can get your hands on a pair that are also worn by Barcelona’s Luiz Suarez, Real Madrid’s Gareth Bale and Thomas Muller of Bayern Munich here.

There are also some new Adidas Ace boots – as worn by World Cup golden boot winner James Rodriquez as well as Mesut Ozil, Oscar and David De Gea – which you can check out here.

But don’t just stop at the boots, why not go the whole hog and get your hands on a new kit too.

New Manchester City, Barcelona, PSG and Roma kits are all available and can all be seen here.