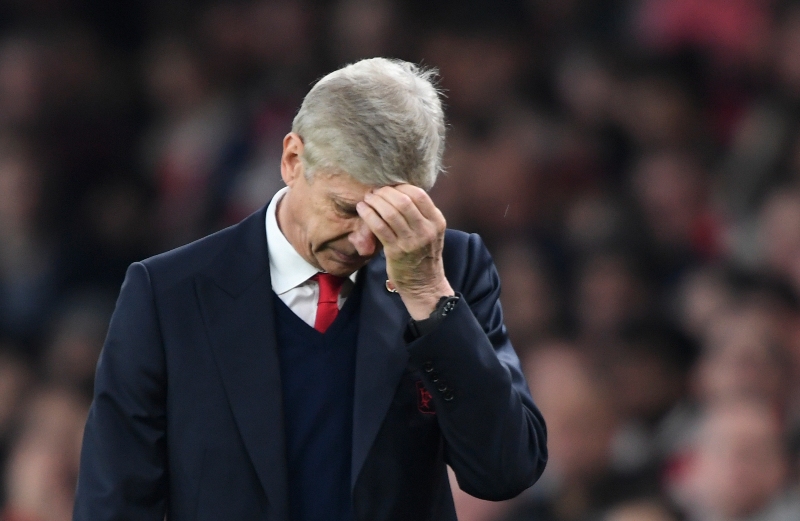 The business end of the Champions League and Europa League is almost upon us now the group stages are finished, and the draw threw up some mixed results for the Premier League’s charges.

Tottenham Hotspur failed to make it through their Champions League group and will face Gent in the Europa League, while Manchester United have been drawn against Saint-Etienne.

Here, we take a closer look at the ties  – and see which team is more likely to progress.

Arsenal fans were in a buoyant mood prior to today’s draw after topping a Champions League group for the first time since 2011-12.

But they have drawn five-time winners Bayern Munich – who they have faced on four occasions in the last five seasons.

Arsenal have fallen in the last-16 six years in a row, but instead of feeling dread ahead of this tie they can be cautiously optimistic of causing a shock after Munich failed to win their group.

The Gunners have not lost in the Premier League since the opening day to Liverpool, while Bayern Munich, and new manager Carlo Ancelotti, face an unlikely challenge in the shape of RB Leipzig for their domestic crown.

There appears to be more steel to Arsenal this season, with the addition of centre-back Shkodran Mustafi shoring up their backline and a test against one of the competition’s favourites is a great chance to send an emphatic statement.

Leicester have chance of progress

Leicester’s domestic struggles have been well documented this season, but in Europe they look as good as they were when they won the Premier League a year ago.

Their clash with Spanish side Sevilla will be fascinating, as it is a step up in quality for the Foxes – but a tie they have every chance of winning.

Sevilla showed off their quality by dispatching Liverpool in last season’s Europa League final, but since then they have lost manager Unai Emery and star players, such as Kevin Gameiro and Grzegorz Krychowiak – making them a less daunting opponent.

And with Jamie Vardy back in the goals, Claudio Ranieri will be confident that his side can continue to send shockwaves round Europe in a competition they have adjusted to seamlessly.

Star man: Riyad Mahrez. When he is on form, few defenders can stop the tricky winger as his pace, neat footwork and eye for goal tears teams apart. The Algerian is yet to hit the heights of last season, but in Europe he has been Leicester’s most dangerous man.

Manchester City have blown hot and cold this season, with their brilliant Champions League win against Barcelona sharply contrasting with their 4-2 hammering at the hands of Leicester City on Saturday.

In February, Pep Guardiola’s side will tackle Monaco – a side who beat Tottenham Hotspur twice in the group stages and who will provide another serious test of City’s progress under their Spanish coach.

But with the firepower City possess, Guardiola will be confident of victory – as long as all of his big guns turn up across the two legs.

Star man: Kevin de Bruyne. The Belgian midfielder is key to City’s attack and is often the man who produces on the biggest stage – having starred against Barcelona earlier this season.

Manchester United’s best hopes of playing Champions League football next season may be through the Europa League and, with that in mind, Jose Mourinho will be delighted with their draw against Saint-Etienne.

The French side sit eighth in Ligue 1, 15 points off the top, and have won just three of their last ten games in the league.

United may have an identical record, but Mourinho believes his side are improving and Sunday’s 1-0 win against Tottenham could be the catalyst they need to mount a charge up the table.

Star man: Paul Pogba. It has been a tough second start to Old Trafford life for Pogba, but United did not shell out £89m for nothing and the midfielder has shown glimpses of his best form. The Frenchman could come up against his older brother, Florentin, who plays as a defender for Saint-Etienne.

Spurs take trip into the unknown

Tottenham’s return for a painful Champions League exit is a short trip to Belgium to face Gent, a side they have never played competitively before.

The North Londoners will be at home in the second leg, making them heavy favourites to progress despite a poor run of form – which has seen them win just two of their last eight Premier League matches.

Gent finished third in the Belgian league last season and finished top of a group which also contained Athletic Bilbao in the Europa League.

Maurcio Pochettino is fending off suggestions his side has not improved since they went close to Premier League success a year ago, but with a squad that possesses the likes of Harry Kane, Dele Alli and Christian Eriksen – this may be a case that form is temporary and class is permanent.

Gent are also struggling to match the highs of last season and currently sit fifth in the table, but Spurs have often fallen early in the Europa League and will have to be careful not to do so again.

Star man: Christian Eriksen. The Dane had struggled in the early part of the campaign, but he has shown signs that he is bursting back into life in recent weeks – with three goals from his last four games putting in good form heading into the Christmas period.

WE HAVE THE TOP TEAMS ACROSS 10 LEAGUES. SHOP NOW ONLINE & SELECT STORE.