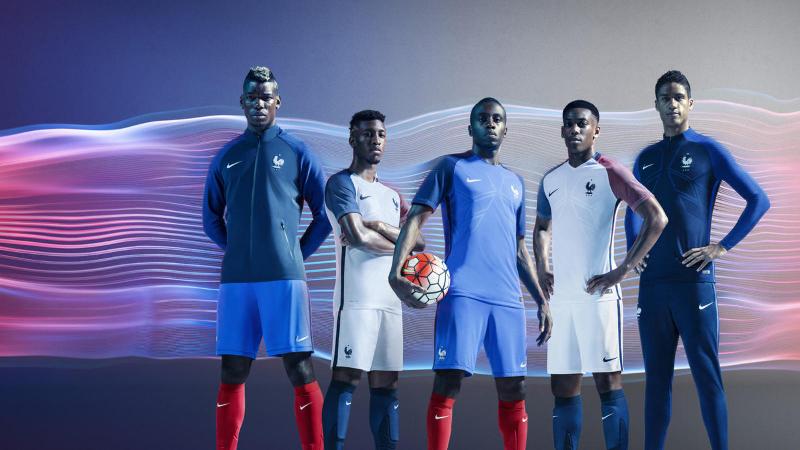 With France hosting the European Championships this summer, they will be looking for inspiration from their ferocious speed merchants.

The likes of Anthony Martial, Paul Pogba and Antoine Griezmann will be seeking to terrify defences just as Thierry Henry and co. did when they lifted the trophy back in 2000 in Rotterdam.

They may not be the current World Champions as their predecessors were, but France go into the tournament as real contenders due to their young, pacy and vibrant players.

What they would give to emulate the side that included the likes of Didier Deschamps, Zinedine Zidane and Lilian Thuram who won the 1998 World Cup on home soil.

And their new Nike Vapor kits feature all new AeroSwift technology which Les Bleus’ speedsters will be looking to use to their advantage.

Blaise Matuidi has not played in the European Championships before, but after he was injured for the 2012 edition the Paris Saint-Germain star is desperate for success this summer.

“Speed is such an integral part of the modern game,” Matuidi said.

“As an athlete, you are always looking to gain a competitive edge. These new kits feel different than anything I have ever worn before.” 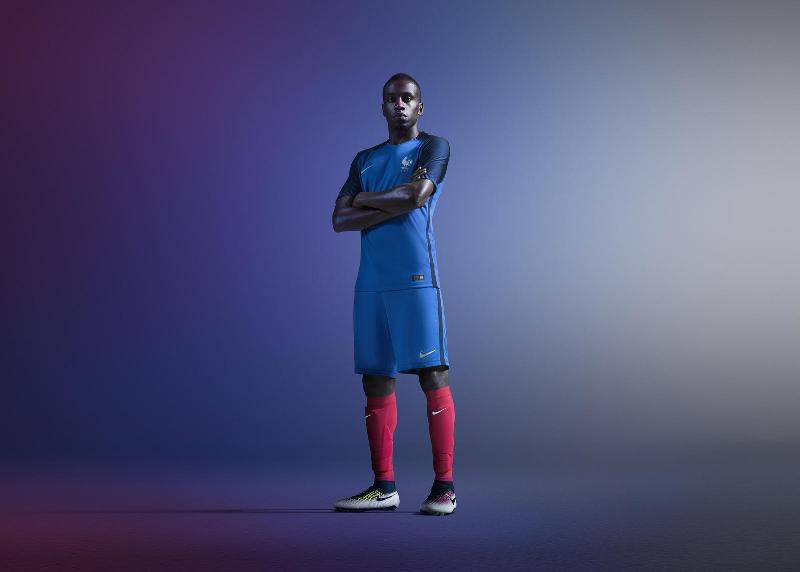 In a bold move, Nike have switched away from the traditional ‘Tricolore’ theme on the home kit with blue dominating the strip.

The colour – cobalt blue – gives a paler and contemporary take on the classic French blue, while the trim is black and the red socks deliver a splash of colour.

There are also plenty of nods to the country’s sense of national pride, with the federation crest pressed into the chest and ‘France’ knitted into the back collar.

‘Fierte’ (pride) and ‘Bleu’ also adorn the inside cuffs, while the message ‘Nos Differences Nous Unissent’ (Our Differences Unite Us) frames a hexagonal graphic on the body that affirms the diverse, multi-cultural composition of modern France.

The majority of Nike’s new Vapor kits have teamed up vibrant colours with a darker sleeve, and France’s home kit is no different – but the away jersey is a brilliant exception and utilises the Tricolore to great effect. 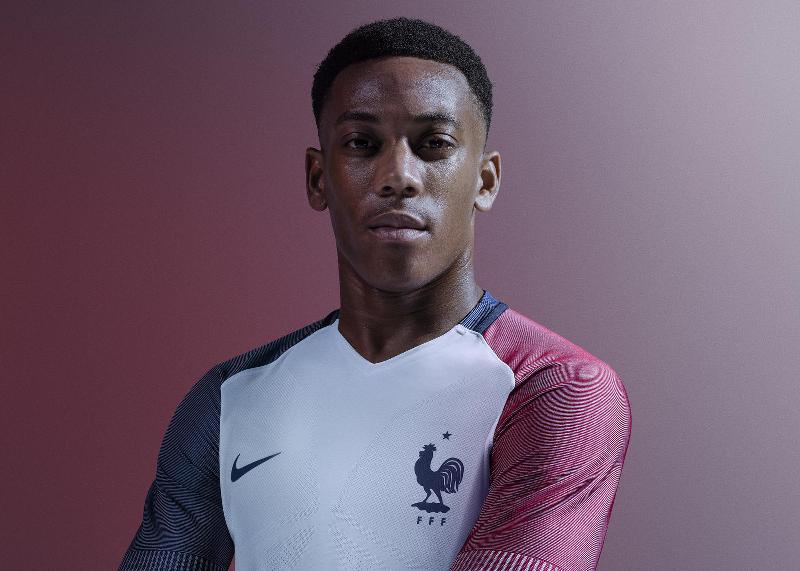 While the body of the shirt is white, the right sleeve is blue and the left sleeve is red creating a shirt that is as pleasing to look at as it is to wear.

Today’s friendly against Cameroon at Stade de la Beaujoire offers the French players another chance to don their home kit for the penultimate time before they begin their European campaign against Romania on June 10.

The final is exactly a month later, and with a new generation of players in France’s ranks don’t be surprised to hear La Marseillaise ringing around the Stade de France, just as it did 18 years ago.