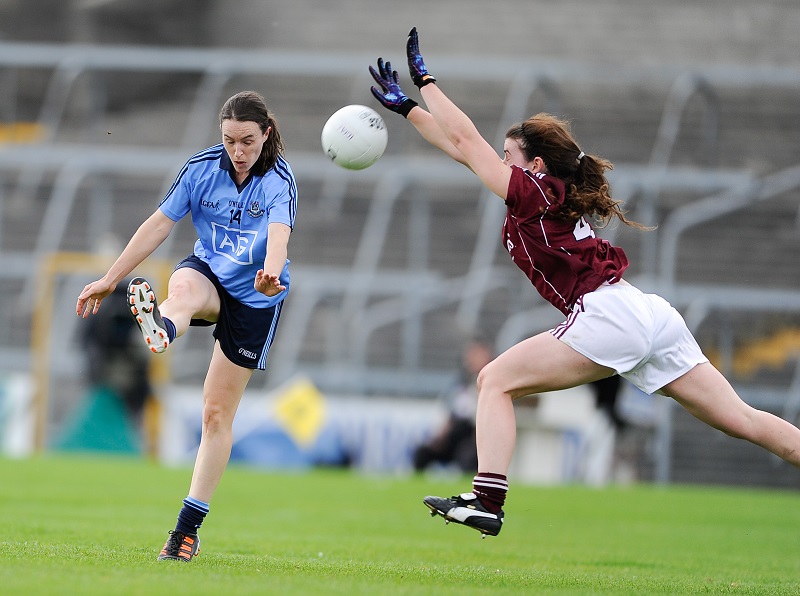 Which Dublin players can help them triumph in Leinster Ladies Senior Football final?

After outclassing Laois in the previous round, Dublin women are in the Leinster football final yet again and will be facing familiar opponents.

Mick Bohan’s side will take on Westmeath at Cullen Park this Sunday looking replicate last year’s thumping victory over the Lake County when the Dubs ran out 4-23 to 0-7 winners.

Here we take a look at the three key players that will help Dublin progress to the All-Ireland quarter-finals.

Dublin’s go-to girl. Sinead Aherne has been a pillar of this successful Dubs side, leading the Sky Blues from the front.

And the five-time All Star was in imperious form in the semi-final demolition of Laois, scoring three goals and adding four points to a fine afternoon’s work.

The Dubs veteran has been next to perfect for the Sky Blues and if she is to bag another hat-trick on Sunday you can be sure that Dublin will be competing in the All-Ireland quarter-finals once more.

The sister of Dublin senior footballer Jack, Sarah McCaffrey netted a brace in the blitz of Laois to send an ominous statement to those who stand in their way.

The Dubs will be without  Lauren Magee, Deirdre Murphy and Siobhán Woods for the Leinster final but shouldn’t worry with the form McCaffrey is showing.

The midfield powerhouse only came through to the senior ranks two years ago but has shown maturity beyond her years and will be relied upon against Westmeath.

If the Dubs want to battle it out in the Brendan Martin Cup against Cork for a fourth successive year, they will need Nicole Owens to help them progress past Westmeath.

Owens scored twice in the 28-point victory in the semi-final, commanding the forward line in a bruising victory.

The sharp-shooter has been a thorn in the side of Westmeath in the past, scoring four points in last season’s Leinster final and will be hoping to run riot again at the weekend.

SUPPORT THE DUBLIN LADIES GAA TEAM AND CHECK OUT THE LARGE RANGE OF WOMEN’S DUBLIN GAA JERSEYS AND APPAREL AT LIFE STYLE SPORTS, THE OFFICIAL RETAILER OF DUBLIN GAA.