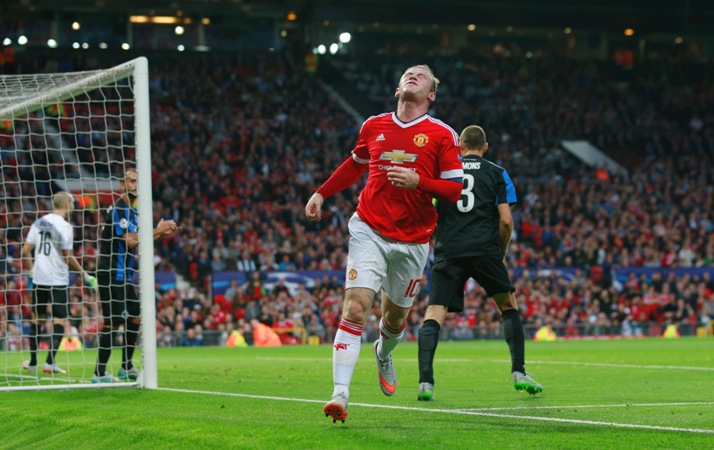 Wayne Rooney has shrugged off recent criticism of his profligacy in front of goal and vowed to rediscover his shooting boots.

The England captain has looked a shadow of his former self so far this season playing the lone striker role and has now not netted for United since a 3-1 win over Aston Villa in April.

Pressure on him to start scoring intensified further this week after Chelsea hijacked United’s efforts to sign Spain forward Pedro from Barcelona.

It leaves the 20-time Premier League champions short of firepower, but Rooney has moved to allay fears.

The 29-year-old said: “It’s early on in the season. We are just three games in. I’ve experienced this (criticism) before and the goals will come, I know that.

“I understand I have to be the one who’s going to lead that line for us and try and find the goals for us.

“My mind is clear. I know how to play the (lone striker) role.

“It’s just a case of getting the chances and taking them, which I’m hopefully going to do soon.

“I’ve had one bad game this season and everyone’s all over it.

“I’ve always enjoyed playing against Newcastle, so hopefully on Saturday I can open my scoring.”

The £31million summer signing from PSV Eindhoven struck twice to leave United on the brink of reaching the group stages.

Any, after a season in the European wilderness, Rooney admits it feels great to be back.

“The Champions League is what you want to play in,” he added.

“It’s a great feeling stood there before the game when the music comes on and that’s when you know how special a tournament it is.

“Still, there’s an important game for us next week to go and finish the job off, but Tuesday was a good result for us in terms of starting well.”