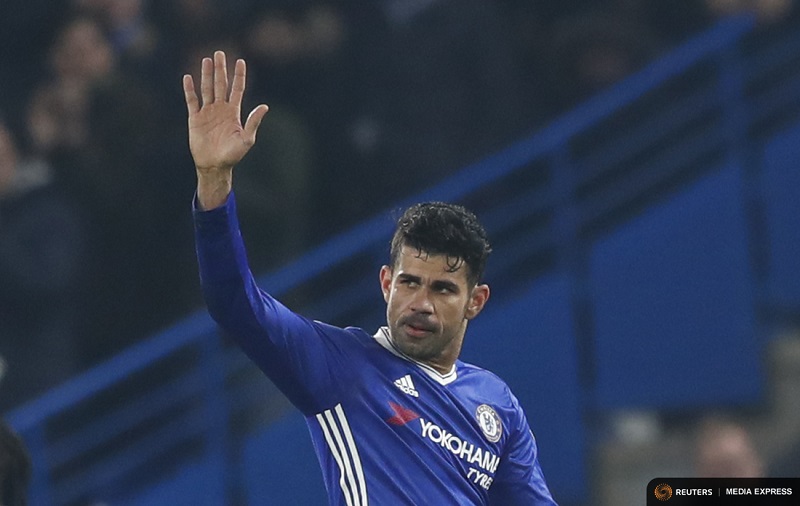 How Diego Costa will try to torment Liverpool

The uncertainty over Diego Costa’s future appears to be over – at least for this January transfer window – which spells bad news for Premier League defences.

And while Liverpool and Chelsea both have important FA Cup games this weekend with Wolves and Brentford respectively, they meet in a huge Premier League clash on Tuesday.

Liverpool are ten points behind Antonio Conte’s side in the Premier League and with the fixture taking place at Anfield it could be considered as a must-win for Jurgen Klopp.

To do that he’ll have to work out how to stop Chelsea’s leading front man, arguably the best striker in the league at the moment.

Costa’s strike against Hull City last weekend was his 15th goal of the Premier League campaign and he is joint-top of the scoring charts with Arsenal’s Alexis Sanchez.

The Chelsea marksman scored 20 goals in 26 games in his debut season with the Blues back in the 2014/15 Premier League season and added 12 goals last year despite his team’s woes.

Clearly under Conte he is back to his best with his shots on target percentage five per cent higher than Sanchez and he is averaging a goal a goal every 118 minutes of football he plays.

Taken the @diegocosta quiz yet?

With Chelsea’s 3-5-2 formation working wonders under Conte, Costa has not been isolated up front and enjoys plenty of support from the likes of Eden Hazard, Pedro, Willian and Cesc Fabregas.

The Blues’ attacking midfielders have had the space and confidence to flood forward and Costa has already racked up five assists this season as a result.

It’s hard not to see Costa surpassing the six assists he made last season in the Premier League after he made just three, two seasons ago.

Costa’s combative style is well-known and is loved by fans of Chelsea and despised by everyone else. Liverpool defenders will know they are in for a long afternoon against the big Spanish international forward.

The 28-year-old has conceded 19 fouls with a tackle success rate of less than 50 per cent but his presence is always felt and every effort to win the ball back is cheered by fans in blue.

With the distraction of interest from China seemingly over for the time being at least, Premier League fans can look forward to Costa being a real threat once more, starting with Liverpool on Tuesday night.