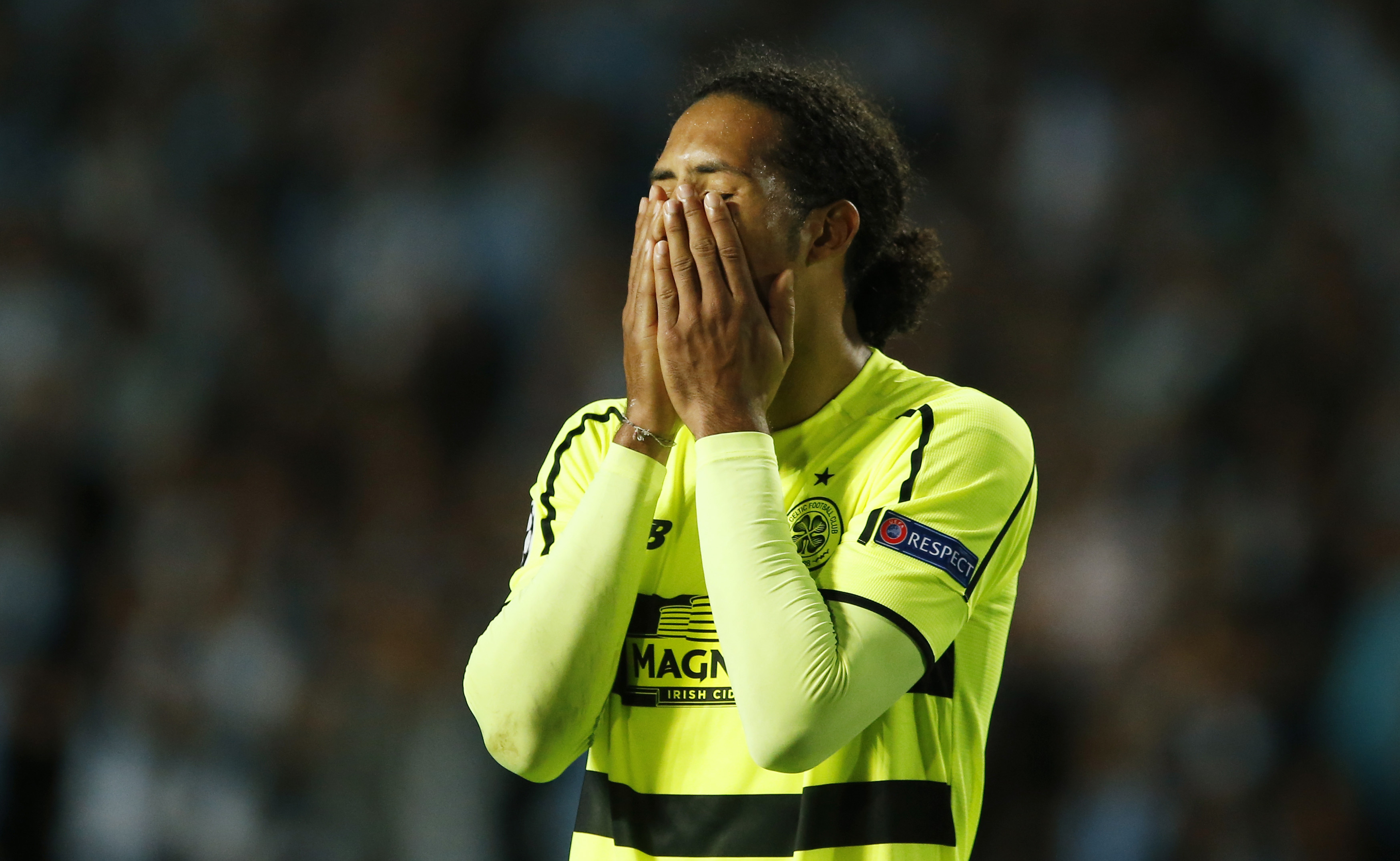 Ronny Deila described Celtic as “frightened and scared” as they failed to qualify for the Champions League group stage on Tuesday, believing they crumbled under the weight of expectation.

The Hoops arrived in Malmo with a 3-2 lead from the first leg of their play-off, but Markus Rosenberg’s first-half strike and Dedryck Boyata’s own goal shortly after the break sealed their fate.

Celtic now enter the Europa League and are set to learn the identity of their group stage opponents in Friday’s draw – just as they did 12 months ago after failing to advance in the Champions League despite two bites of the cherry when Legia Warsaw were tossed out of the competition for fielding an ineligible player.

And Deila admitted his team could not cope in Sweden.

“We looked very uncomfortable on the ball. We looked frightened and scared and that is very disappointing,” said the 39-year-old.

“It was a team performance that was not at the level we should expect at these games. We have to learn from this, some very hard learning.

“We knew if we were at our best we had a good chance to go through but we were not even close.

“The hype about the Champions League is big, everybody wants it so badly. You have to deal with it but we looked very stressed.

“We didn’t look like we wanted to go out and play football. We have a lot of young players coming through but this was a hard lesson for us.”

Last year’s rocky start on the continent affected Celtic’s league form, with points dropped against Inverness Caledonian Thistle, Dundee and Motherwell in the early weeks before eventually recovering to win the Scottish Premiership for the 46th time.

But with four wins out of five to kick-off the 2015/16 domestic season, Deila believes his team are much improved and can still make a noise in the Europa League.

“We have shown that the Europa League is the level we have to compete at and it is better than nothing,” he added.

“It is a good competition and there are a lot of things we can learn from those matches.

“It is very important for Celtic as a club. We are a better team than last season but we weren’t on Tuesday.

“But overall the performances this season have been better than last season.”