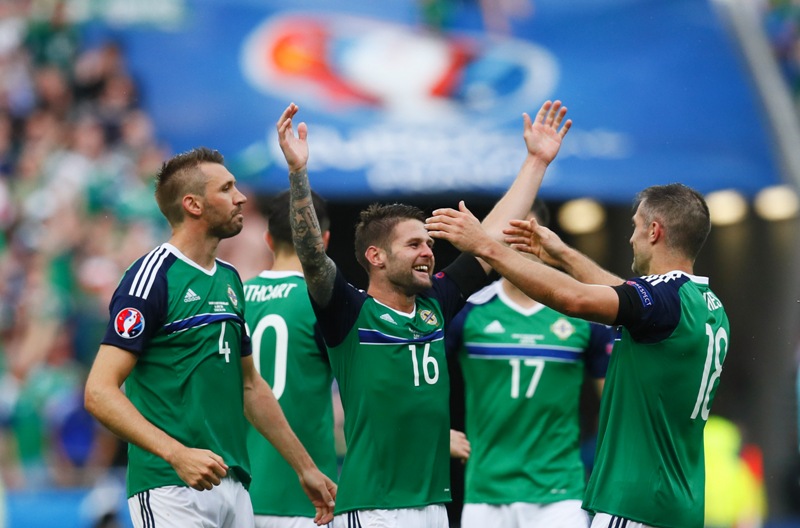 The World Champions take on one of the tournament’s minnows but heading into match day three Germany are not yet through to the last 16, while Northern Ireland could still top Group C. 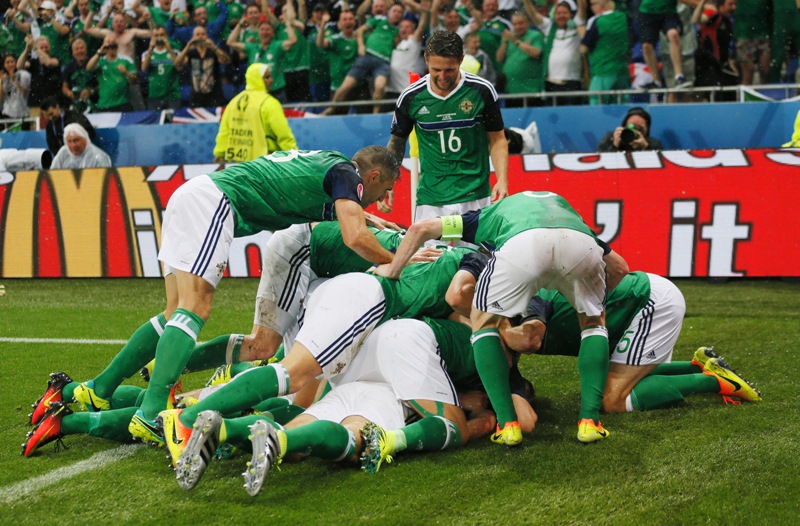 Granted a Northern Irish victory would be the biggest upset the tournament has seen in many years, as well as the greatest day in their footballing history, but since winning the World Cup in Brazil the Germans have shown some signs of fallibility.
Defeats to Slovakia, Poland, the Republic of Ireland and England show a team still coming to terms with the retirements of Philip Lahm and a couple of other old heads.

Still, they are all but through after an opening win over the Ukraine, as well as their goalless draw against Poland.

Northern Ireland produced one of the results of the tournament so far when they beat the Ukrainians 2-0 last time out, and they know that a point will likely be enough to see them through to the last 16. 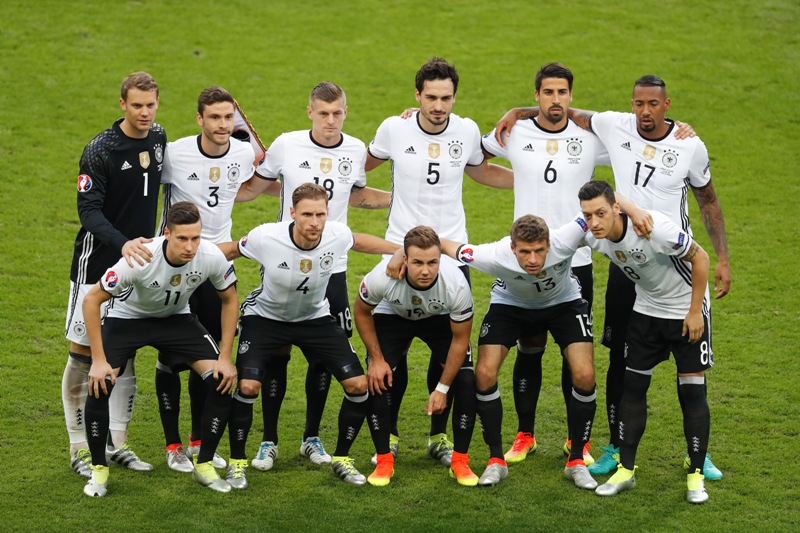 The big question for Joachim Low will be what he does up front, where Mario Gotze has started each game with limited success.

Low has tried both Thomas Muller and Mario Gomez in the role at times during the tournament, and may be tempted to shake things up from the start in this one.

Elsewhere fit-again Mats Hummels came through the game against Poland ok and Jerome Boateng is expected to join him in central defence after shaking off a hip injury.

For Northern Ireland the question for Michael O’Neill is whether to stick or twist. He made five changes from the team that lost to Poland in the win against the Ukraine, opting for a much more attacking set-up.

Whether he will do the same again is the big question with Kyle Lafferty potentially an option to come back in for Conor Washington up front. 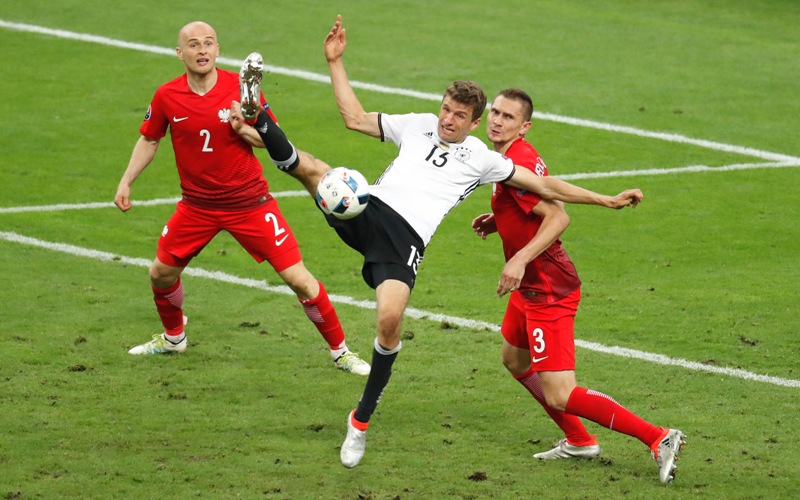 It seems an incredible stat that Muller has ten goals at World Cups but has still not managed to find the net at the European Championships.

While he is not an out and out striker, his scoring record of 32 goals in 73 caps is top class, so Northern Ireland will be very wary of the threat he poses.

Playing in the space behind whoever gets the nod up front, his movement could be crucial against a Northern Irish team that will not take any unnecessary risks.

And while his lack of goals might come as a surprise on this stage, he insists he should be judged on his all-round game.

He said: “Unfortunately, in the public debate players are seldom rated for what they do for the team.

“Sometimes I play well and don’t score, then I get criticism. Then I play badly but do score and I am the hero. ‘Muller has rescued the game’, they say.

“Look at [Cristiano] Ronaldo. He put that penalty on the post. Other than that, he was very lively and had lots of good passages of play.” 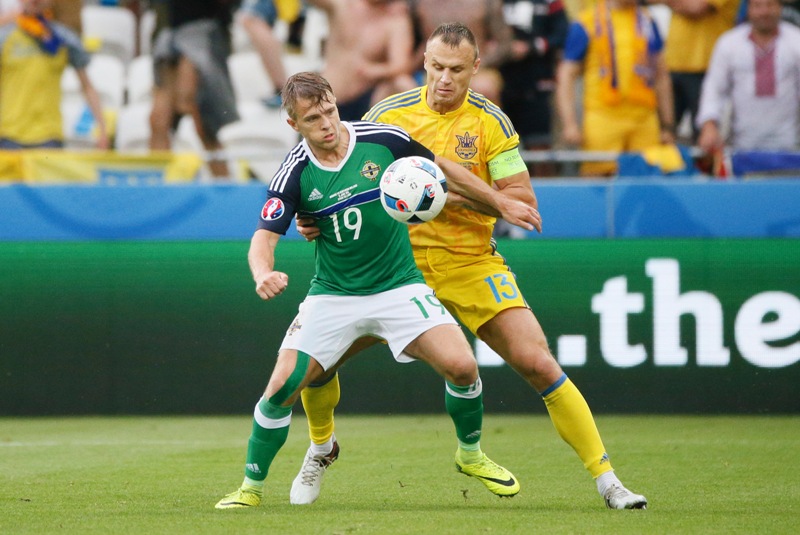 Ward was one of the five players to come into the side that faced the Ukraine, and is set to start once more against the Germans.

Capable of playing as a striker or on the wing, he was used out wide in the last game, and could well do the same again this time.

The Nottingham Forest man will have play his part getting back as well, and while Northern Ireland may find themselves sweating over other results if they finish third in the group, Ward insists their sole focus is on Germany rather than results elsewhere.

“All we can worry about is ourselves,” said Ward.

“We can only control what we do on the pitch at the end of the day, and hopefully the other results and points will go for us and we’ll make it through to the next stage.”

Northern Ireland have beaten Germany before, overcoming them twice in qualifying for Euro 84 only for the Germans (or West Germans as they were then) to top the group on goal difference.

Aside from those two wins, Germany have dominated fixtures between the teams, winning five of the other seven competitive encounters. 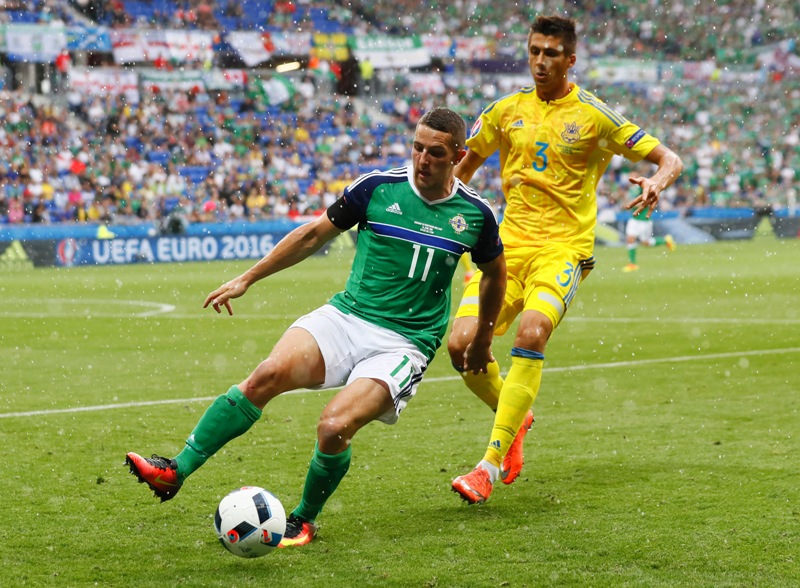 Northern Ireland’s Conor Washington worked as a postman while playing non-league football when he was younger before getting a chance in the English Football League.