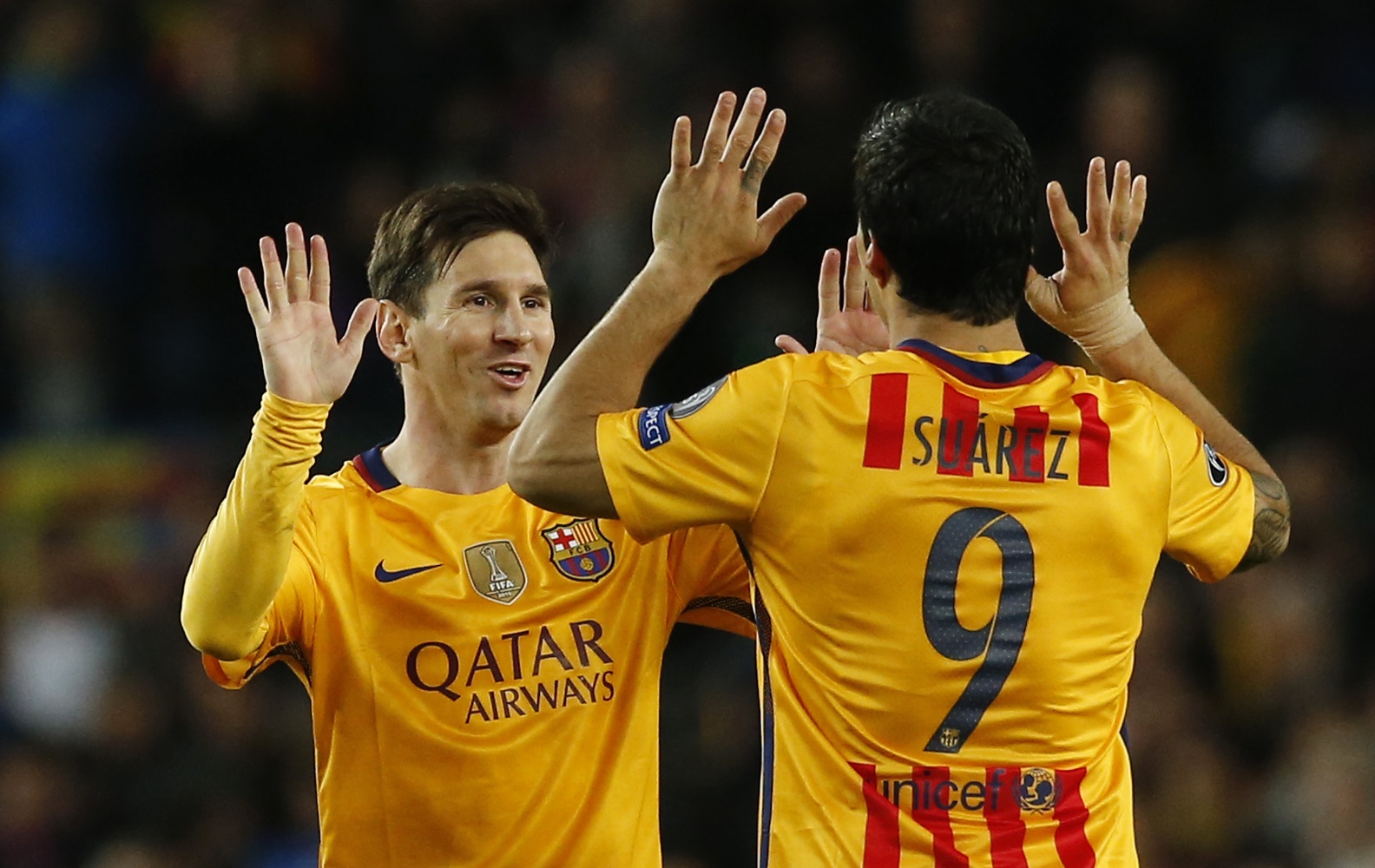 Crisis? What crisis. Barcelona are back

Luis Suarez last night made a mockery of suggestions Barcelona are in crisis with four goals in an 8-0 away win at Deportivo La Coruna to keep their challengers from Madrid at bay at the top of La Liga.

The Catalan club had lost three games in a row before last night and suffered elimination in the Champions League quarter-finals to Atletico.

Some suggested this period of decline was inevitable, that is was not about to slow down and a side that once looked invincible under Pep Guardiola are in fact mere mortals now Luis Enrique is in charge.

By half-time at Deportivo though, former Liverpool striker Suarez had scored twice to put them in charge.

And they ran riot after half-time, Suarez taking his tally for the season to an astonishing 49 goals while Neymar and Lionel Messi were also on target.

And Suarez said: “We are human, we aren’t machines and we can all commit errors or have a bad game.

“This is a demonstration that the group is more united than ever and desperate to win the league.

It is still in our hands.”

Barcelona are level on points with Atletico at the top of the table, but their goal difference is far superior. And just a point further back are Real Madrid.

The trio all have four matches left to play, with Barca set to meet bottom-half sides Sporting Gijon, Real Betis, Espanyol and Granada.

“We have a wonderful challenge ahead of us to retain the league title,” said boss Enrique.

“But there are still four games to go and I’m sure it’s not going to be easy.”