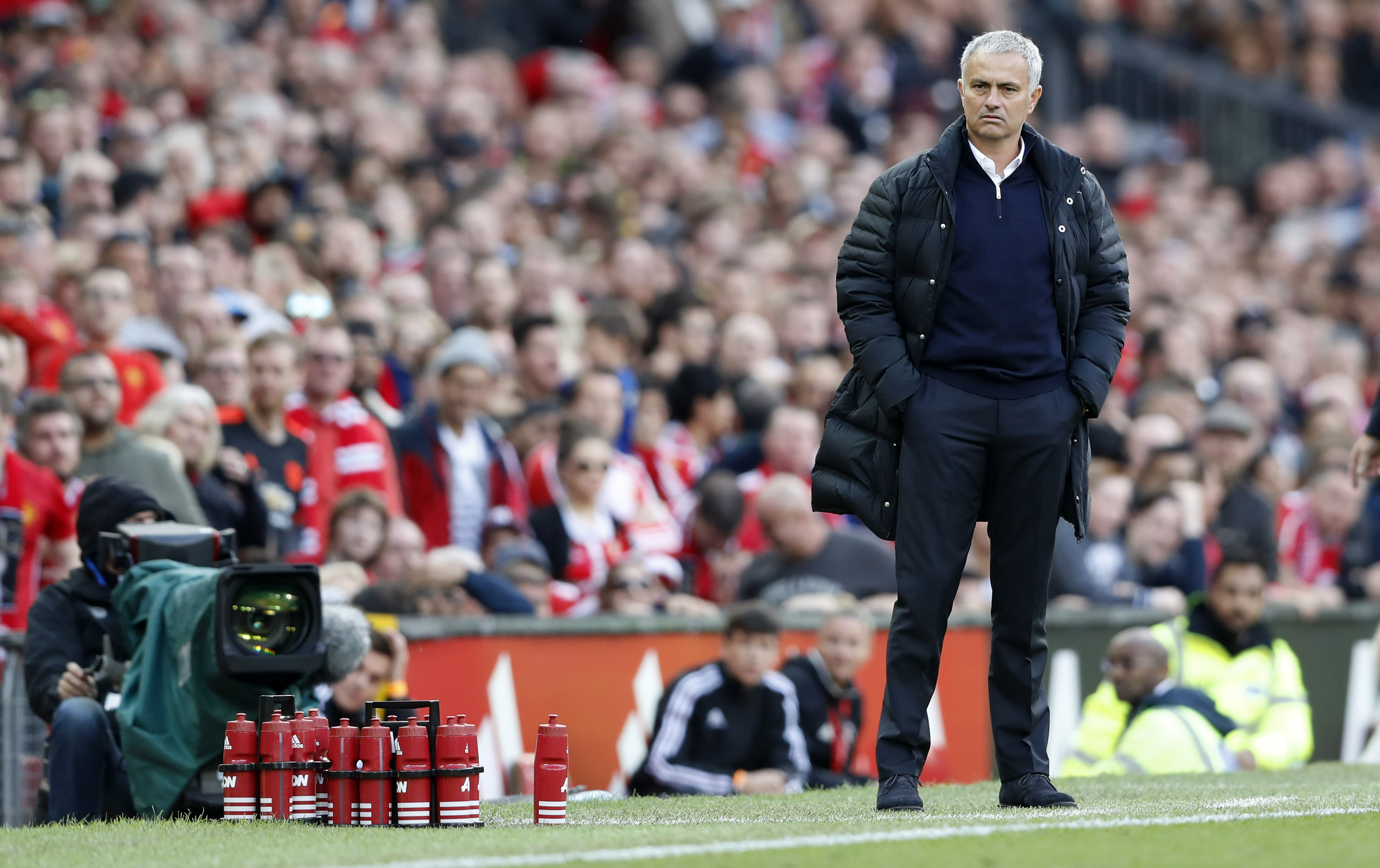 The contest that could decide Chelsea v Manchester United

Big games call for big names and both Chelsea and Manchester United will be looking to their talisman to make the difference in Sunday’s Premier League clash at Stamford Bridge.

Who will come out on top could well be determined by how effective Eden Hazard proves or whether Zlatan Ibrahimovic is too hot to handle. 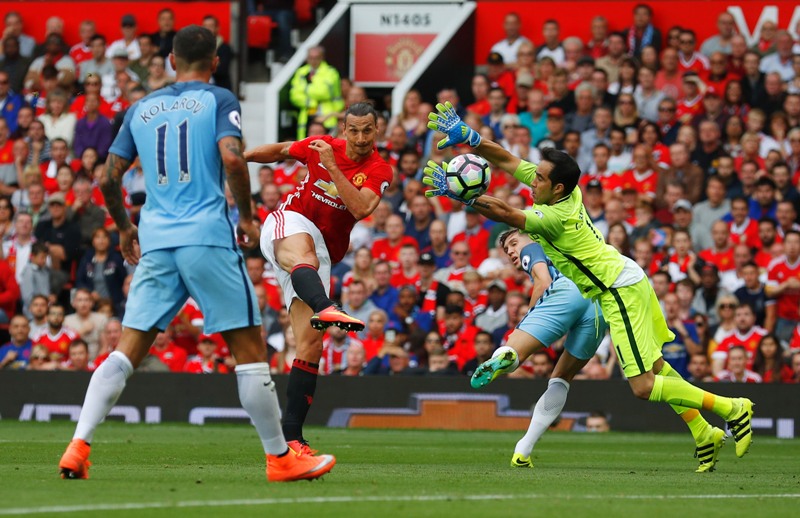 In his debut Premier League season Zlatan Ibrahimovic already has four goals, a tally bettered only by five other players in the division.

His physicality terrorised many a seasoned-pro when the sun was shining.

But since the autumn leaves began to fall the super Swede has not netted in his last four league outings – three of which United have failed to win.

Eden Hazard was a shadow of his former self last season failing to score the first of his four Premier League goals until April.

But he has three already this term, successfully terrorising the defences of West Ham, Burnley and Leicester City in home wins.

Whether a rumoured fallout with former manager Jose Mourinho contributed to his poor form is unknown, but he will have the chance to get one over on his old boss on Sunday. 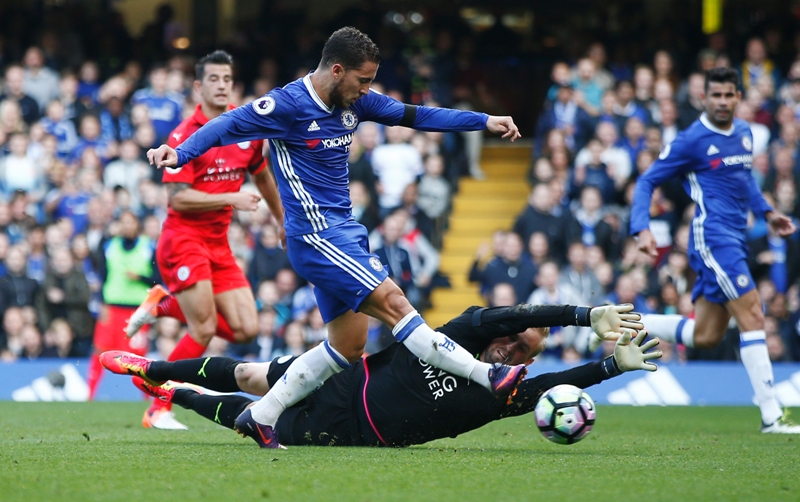 No one in the Premier League has had more goal attempts than Ibrahimovic’s 39. In fact, his total is eight more than second in the charts Philippe Coutinho of Liverpool.

However, the 6ft 5in striker has only hit the target with 13 of those.

By contrast Eden Hazard has had the same number of shots as team-mate and the division’s top-scorer Diego Costa, 24. And he has tested goalkeepers on 10 of those occasions.

In eight Premier League appearances Hazard has had 602 touches of the ball. That’s the 12th highest in the league, but behind team-mates N’Golo Kante and Cesar Azpilicueta.

He has completed 414 passes in that period too.

Playing typically in a more advanced role than Hazard, Ibrahimovic’s 381 touches places him 105th on that list and he has completed 261 passes.

MAN FOR THE OCCASION 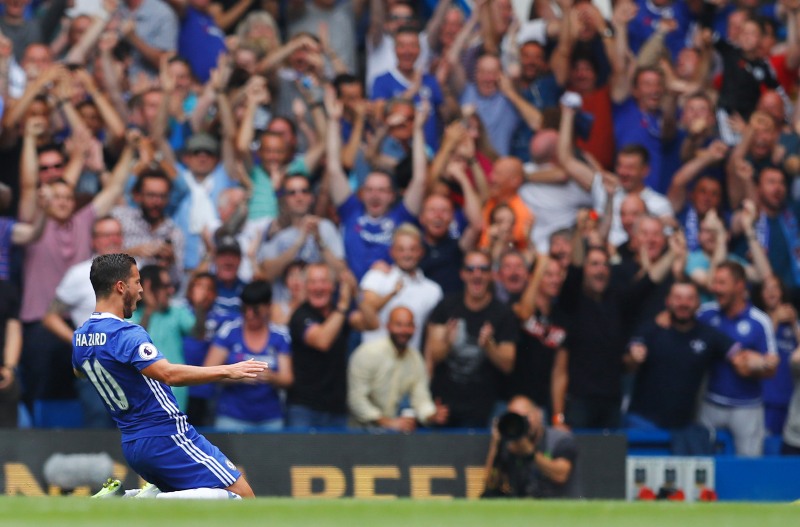 Zlatan Ibrahimovic netted in Manchester United’s defeat to Manchester City last month, adding to strikes in the Milan derby, El Clasico, a goal for Ajax against Feyenoord and for Paris Saint-Germain against Marseille.

Eden Hazard has won both domestic and European honours for Chelsea, rolling in the penalty against Crystal Palace that clinched the 2014/15 Premier League title. He has tormented fierce rivals Tottenham Hotspur in previous seasons too. 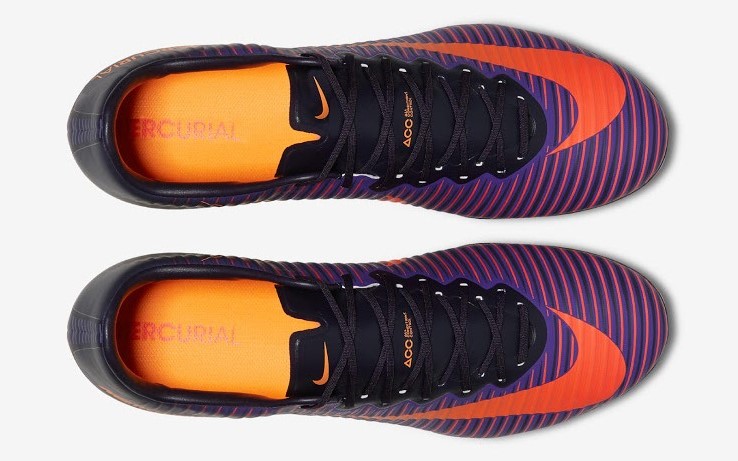