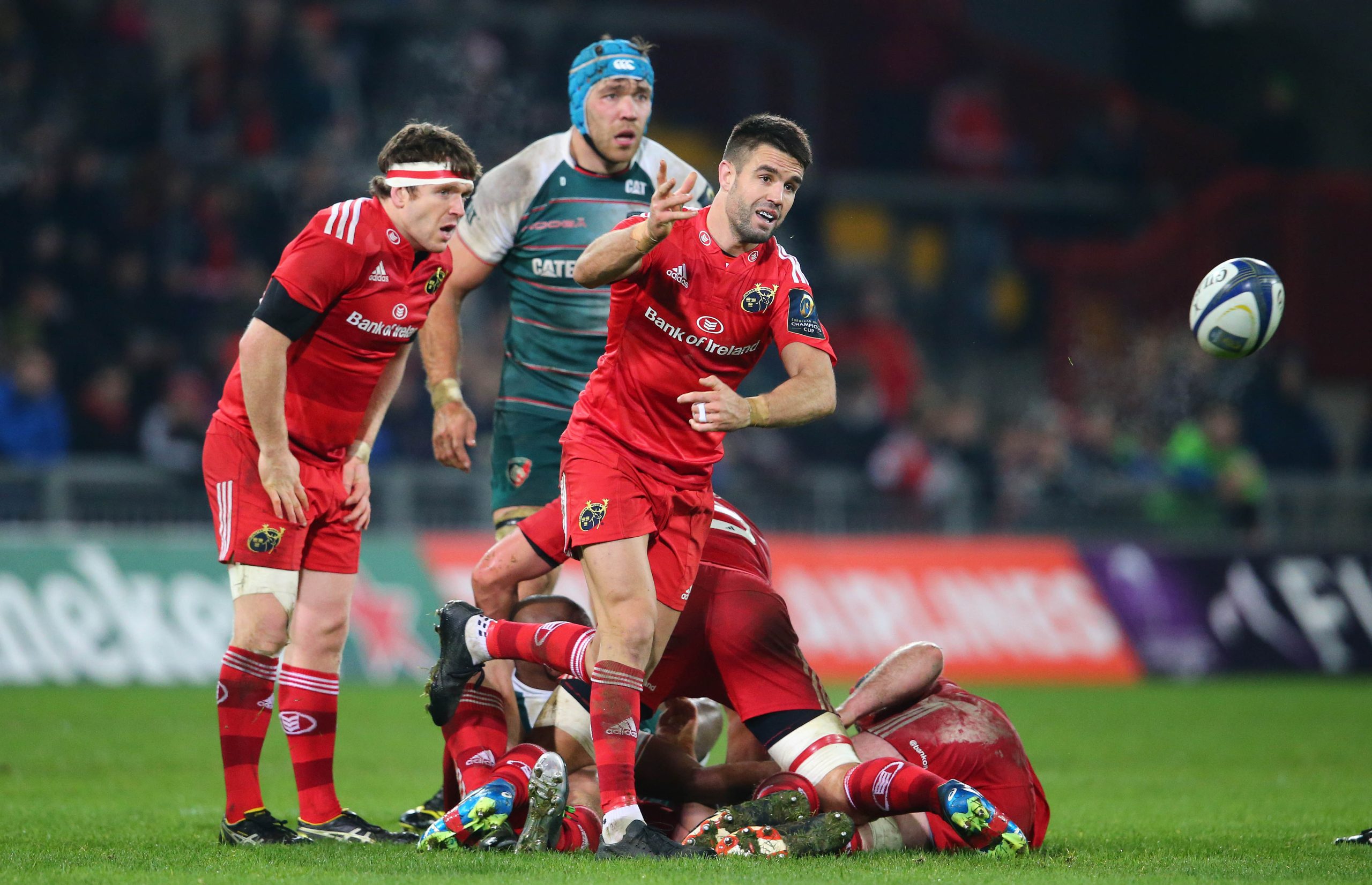 Christmas is a great time of year and I’m definitely a festive guy. My tree has been up for a while now, slowly filling up with a few gifts underneath.

It’s great having family and friends round over the festive season. Especially with rugby, you are away an awful lot and you’re in your own bubble during the year so it’s nice to get out of that and catch up with friends and relatives that you haven’t seen for a while.

I usually do all my shopping last minute but I’ve tried to get it all out of the way early this year. I tend to be running around at the last minute and buying terrible gifts for people so hopefully it won’t go that way this year.

There’s not much on my Christmas list but I had a nice paddy cap that I bought in Wales during the World Cup but I think one of the lads took it off me at our Christmas party and lost it, so a nice new one would be good.

Hopefully I’m not getting anything too disappointing. I’ve been given a few books over the years that I wouldn’t be too interested in but the worst gift was from my grandmother, god bless her.

I was a Man United fan growing up and I was nagging her for Peter Schmeichel’s goalie jersey. On Christmas Day she brought it out and I took the wrapping off. There was no number and name on the back and I threw a bit of a tantrum. I was only about six or seven but it was just me being a spoiled brat.

But, of course, it’s not all trees and gifts at this time of year and we have some huge games coming up in the Pro12, against Leinster and Ulster.

These festive fixtures are quite similar to the big European games, just in terms of the buzz and the fans. People are at home for Christmas and going to a Munster game is a nice thing to do around then, especially when you’re playing a local team.

The other three provinces are all very competitive. Connacht were probably the weaker of the four for the last few years but they certainly aren’t anymore – they’re flying high.

Any local derby from now on is going to be a huge occasion. It gets the fans interested and they are great games for us to play in. Every week is a big one and it’s a great time to be playing rugby.

It would be pretty cool to see all four Irish provinces in the Pro12 play-offs come the end of the season and it’s definitely possible. The talent is there in all four squads, it’s just a matter of how they get on.

That would be a pretty special end to the season. You can imagine the buzz around the country in each of the provinces, leading up to that.

To have the semi-finals and final all-Irish would be an historic occasion and it would really put rugby on the map even more so than it is already.

But there is a lot of competition, with the likes of the Ospreys, the Scarlets and other teams that can do a bit of damage.

All in all, it’s just nice to get out and about in Limerick this time of the year and soak up the atmosphere. It’s nice to walk around with the Christmas lights up in town and feel the buzz and hopefully we can get a couple of good results to celebrate.

CONOR MURRAY IS A LIFE STYLE SPORTS BRAND AMBASSADOR. WE ARE THE OFFICIAL RETAIL PARTNER OF MUNSTER RUGBY. THE MUNSTER EUROPEAN JERSEY IS NOW AVAILABLE AT UNBEATABLE VALUE FROM €50 FOR ADULTS. CLICK HERE TO SHOP THE RANGE NOW.