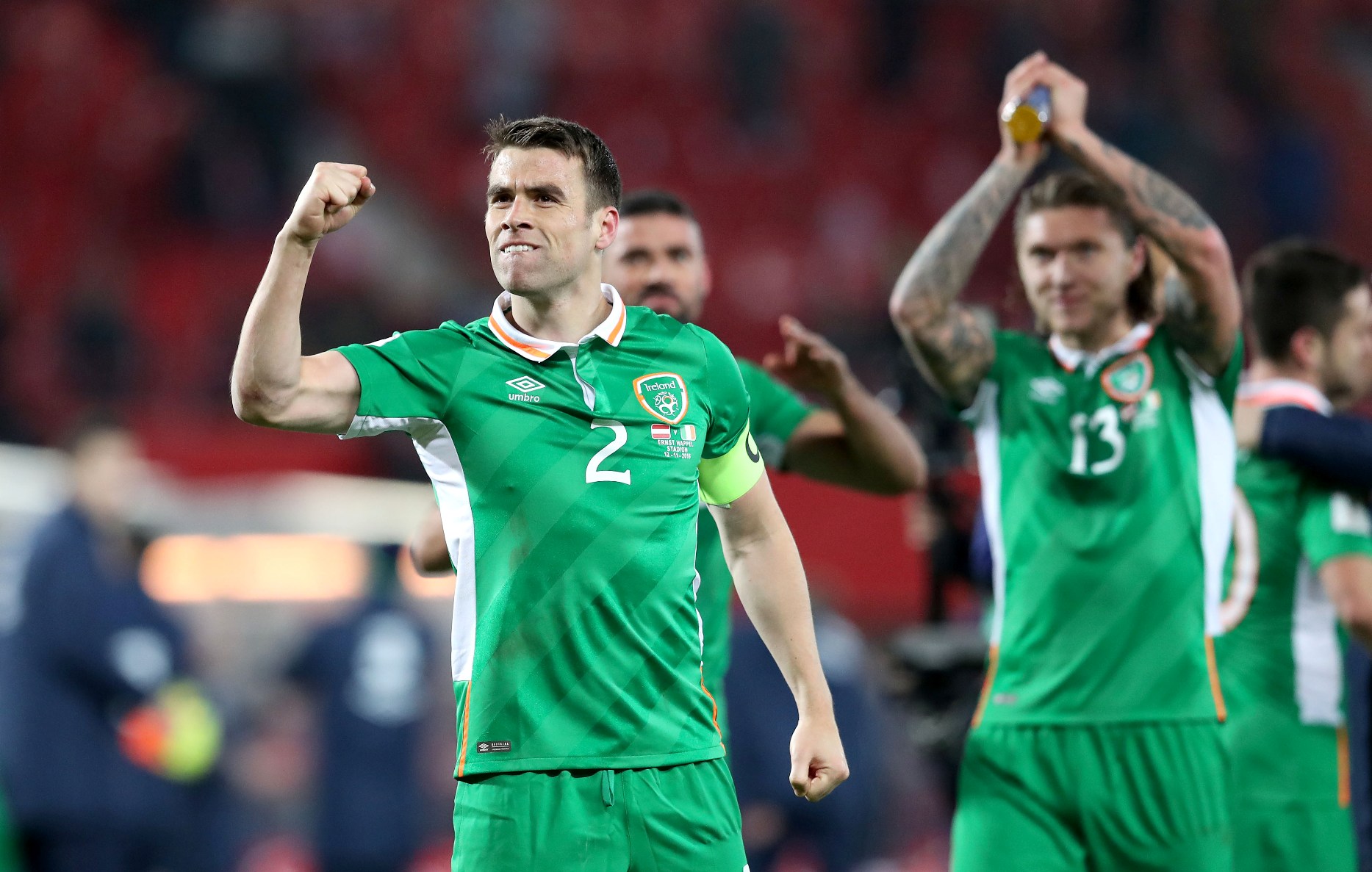 The Republic of Ireland put their World Cup qualifying Group D lead on the line on Friday against Wales.

It has been so far so good for Martin O’Neill’s squad as they lead the way with ten points from their four games so far – an encouraging 2-2 draw with Serbia first up followed by wins over Georgia, Moldova and Austria.

Wales, on the other hand, have struggled to follow up their impressive Euro 2016 campaign and a 4-0 home win over Moldova has been added to by draws against Austria, Georgia and Serbia.

However, Chris Coleman’s side are still undefeated and he has some impressive talents to call upon in his ranks – so let’s see which Welsh players would make it into our combined XI…

When Shay Given went down with a knee injury back in October 2015, O’Neill somewhat surprisingly turned to Randolph to fill his sizeable gloves. And the West Ham stopper has done a fine job eve sincer, a clean sheet against Germany – not to mention setting up Shane Long for the winner – being the highlight.

Seamus Coleman continues to impress down the right for Everton and Ireland. Full of running and not afraid to get forward at any opportunity, the 28-year-old might just have the pace to deal with Gareth Bale on Friday.

It is probably no surprise that Swansea’s troubles this season have been in part down to them losing their captain and rock at the back Ashley Williams. The centre back has impressed at Everton and will take some beating.

Sure John O’Shea is struggling with Sunderland in the Premier League, but the Black Cats’ demise is far from down to him! The defender remains a rock at the back for Ireland even though he turns 36 next month and remains an important figure for O’Neill both on and off the pitch (especially with other defenders dropping like flies!)

Jeff Hendrick has taken to the Premier League like a duck to water with Burnley and hasn’t looked out of place – far from it. His non-stop running would make him an asset for any team and he is not afraid to get stuck in.

He might be playing in the Championship but Aiden McGeady is on fire right now. In the colours of Preston North End he was named February Player of the Month in the Championship as he chipped in with goals and assists galore. He will be keen to add to his one Ireland strike in 43 appearances though…

Joe Allen has arguably never been in better form than since he rocked up at Stoke City this summer. Nicknamed ‘the Welsh Pirlo’ he has added goals to his game now and has never lost that keen eye for a pass.

Arsenal are going through a rough patch at the moment and Aaron Ramsey might flourish away from that cauldron of pain. He runs all day long and chips in with the odd goal and could be crucial to Wales’ plans on Friday.

Jonathan Walters was out injured since the turn of the year but in just his second game of 2017 he won and scored a penalty against runaway Premier League leaders Chelsea. At 33 years of age he still knows where the goal is.

Manolo Gabbiadini might be stealing the headlines at Southampton these days but Shane Long is still a potent goal threat. He has four goals in his last ten appearances for the Saints, and considering many of these have come as a sub he will need to be watched closely by the Welsh defence.

I mean we couldn’t leave him out could we!