It may feel like yesterday that Nike released the first-ever Mercurial but after two decades of revolution, the latest iteration of the world’s premier speed boot has arrived.

“My first reaction when I saw the new Mercurial was: the best boots ever! They fit straight away. The material, the design, the new technology; it’s amazing.”

The Mercurial 360 has the thumbs up from Cristiano Ronaldo, one of the planet’s most feared attackers, so what’s all the fuss about?

FIT FOR A KING 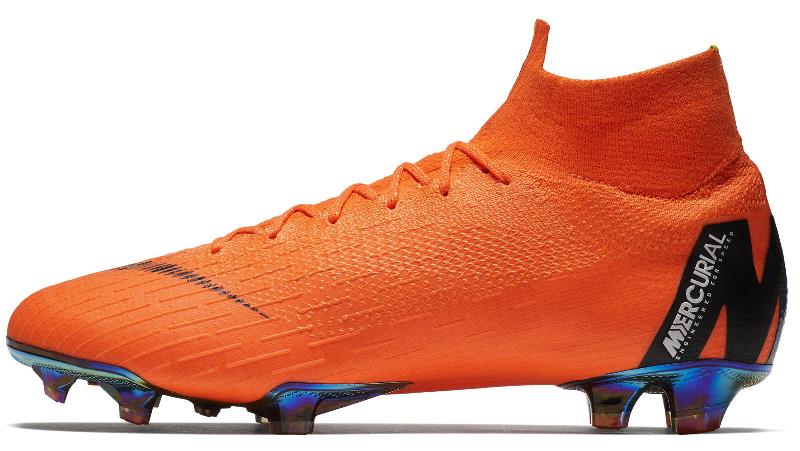 With the Mercurial 360, it’s all about the fit.

Launched in a striking orange colourway, the new Mercurial is intended to provide Nike’s best lightweight experience so far, with the entire upper constructed using the Swoosh’s ‘Flyknit’ technology.

Nike All Conditions Control (ACC) technology is also woven into the upper in a bid to help the boot battle against the elements and the Mercurial 360, with its racing car curves, is manufactured to wrap around the foot like a second skin, as explained by Nike Football Footwear’s VP Max Blau.

“With previous Mercurials, we based everything on a size nine, but with Mercurial 360, we can deliver properly proportioned fit at every size,” adds Jeongwoo Lee, Nike Football’s senior design director.

“Each size has a unique chassis designed to align with the expected bone structure.” 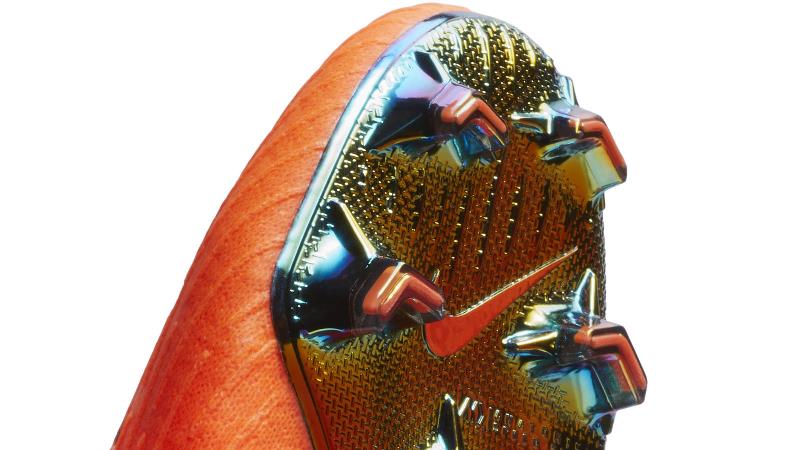 As mentioned by Blau, the Mercurial 360 radically does away with having a soleplate entirely, with two sets of studs placed separately at either end of the boot.

The inspiration for this design choice comes directly from the animal kingdom, with the sole of the Swoosh’s new baby mimicking the paw of a cheetah, aiming to provide traction at high speed.

“The aggressive forefoot is built for acceleration in any direction while the heel studs help the player stop on a dime.

“The feedback we get from players is that there is a sensation that the boot just disappears in the way it syncs with the foot.” 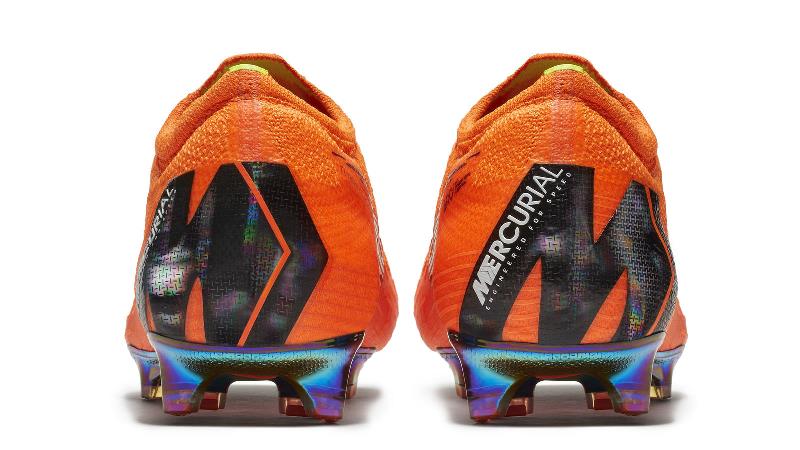 The boot features a bold ‘M’ insignia on the heel, intended to be: “the last thing defenders will see when a Mercurial player blows by them,” according to Lee.

The Mercurial 360 has two top-range versions: the Vapor and the Superfly.

The latter incorporates a heel collar but one that is shorter than in previous iterations of the boot, similar to the modified version that Real Madrid’s Cristiano Ronaldo has plumped for in recent seasons.

The Mercurial has evolved steadily over the last two decades and Nike still seem to be able to find new ways to mould their signature speed boot for new generations.

Who knows what advancements lay in store over the next 20 years?

“Mercurial is best when it’s minimal and streamlined,” says Lee.