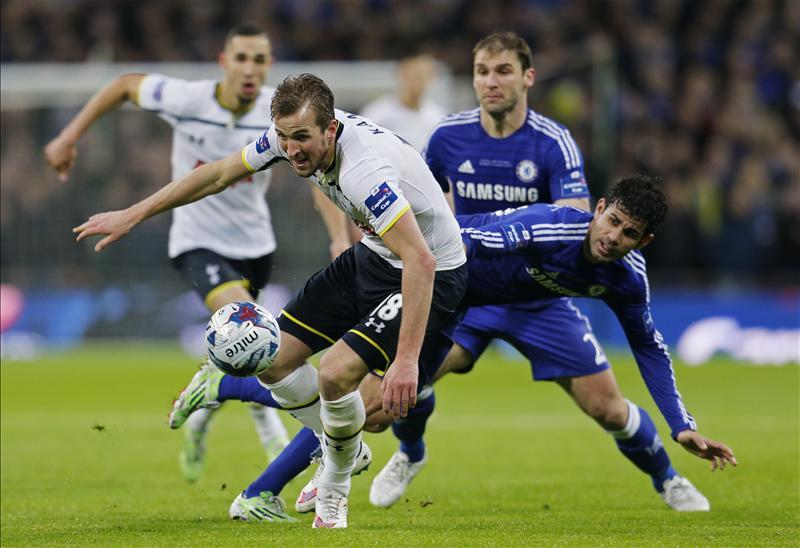 Diego Costa and Harry Kane are two of the finest strikers in the Premier League, and their individual performances could make the difference as Chelsea host Tottenham in a titanic London derby this weekend.

Both teams are in the hunt for the Premier League title, although Chelsea enter the match at Stamford Bridge in far better form having won their last six games without conceding a goal.

In attack they have goal-machine Costa, who has rediscovered his mojo after a disappointing 2015-16 season – but Spurs striker Kane is back fit and also scoring goals.

Ahead of Saturday’s major clash, we take a closer look at the two main danger men.

Reports suggested Costa wanted to leave Stamford Bridge last summer and when Antonio Conte clung onto him, few imagined the 28-year-old would have such a great start to this campaign.

But he has knuckled down and found the net with regularity, topping the Premier League scoring charts with ten after 12 appearances.

Chelsea’s @diegocosta is the 1️⃣st player to reach double figures in #PL goals this season ? pic.twitter.com/5rrIv5Cm8f

He looks lean, fit and hungry for goals – and is arguably playing his best football since firing Atletico Madrid to the 2014 Champions League final, prior to his £32m move to West London.

Spurs may have the best defence in the Premier League, conceding just eight times so far, but they will be wary of Costa’s impressive record against top teams, having scored against Manchester United, Manchester City, Arsenal and Liverpool in his Chelsea career.

After a slow start to the campaign, which brought just one goal from his first six appearances, Kane looks sharper than at any stage this season after his brace against West Ham.

The England international had a long campaign in 2015-16, with the European Championships at the end taking his total to 64 games, and he paid the price with an ankle injury.

160 – There were 160 seconds between Harry Kane’s two goals for Spurs against West Ham. Turnaround.

However, he has hit the ground running since his return to action with three goals in two league games – showing he does not need any time to get up to speed.

Spurs’ form tailed off when Kane was out, showing how vital he is to their cause, but with him now back fit the North Londoners boosted their Premier League assault with a 3-2 win against West Ham.

Costa has the benefit of an in-form Eden Hazard this season, with the Belgian back at his brilliant best, scoring seven goals so far this term.

Although Costa is vital to Conte, he is not their only source of goals and he plays a major part in setting them up for his team-mates – with three Premier League assists already this season.

This may mean Kane has fewer chances to find the net on Saturday, meaning he may have to improve on his 53 per cent shot accuracy so far this season – 16 per cent lower than Costa’s.

Costa also finds the net more often, every 106 minutes so far this season compared to Kane’s 117, but both side’s defences have a real task on their hands in a match which could be full of goals.

YOU CAN SHOP FOR PREMIER LEAGUE KIT NOW AT LIFE STYLE SPORTS WHERE YOU CAN ALSO GET YOUR SHIRT CUSTOMISED WITH YOUR FAVOURITE PLAYER’S NAME.