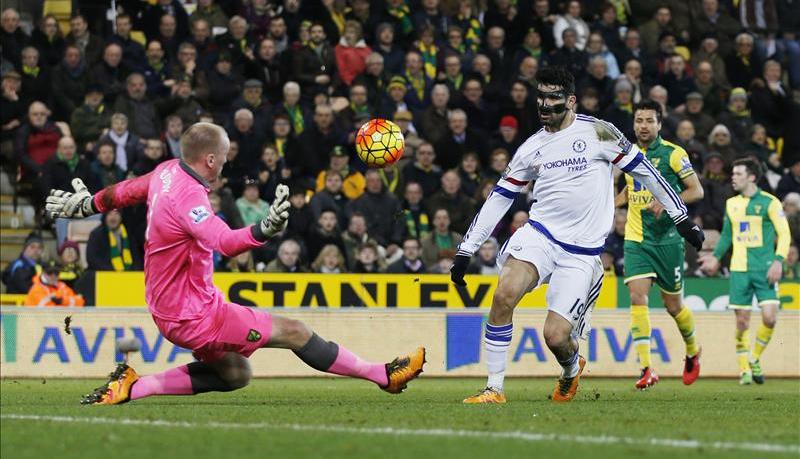 Chelsea must overturn a first-leg deficit to reach the Champions League quarter-finals and manager Guus Hiddink is calling for controlled anger from his charges.

The Blues suffered a 2-1 first-leg defeat to Paris St-Germain in France and face the prospect of exiting the competition at the hands of the same opposition for the second year running.

Diego Costa – not particularly well known for controlling his anger – is available after the striker was rested against Stoke but captain John Terry, who missed that game, is still struggling to shake off a hamstring problem in time for the clash.

“We need to be angry in a controlled way on Wednesday,” said Hiddink. “The players must be fully concentrated because PSG are a class team and they will punish you if you start sloppy.

We are the underdog now. We are not the favourites.

“We have now regained confidence and have quality, but PSG can rest five, six or seven players. Let’s be very tough underdogs.”

The French side lost their first league game of the season late last month and, resting a handful of players, could only manage a goalless draw at home to Montpellier last weekend.

But with a 23-point gap between them and second-placed Monaco, manager Laurent Blanc believes his side have an advantage over their European rivals.

The Frenchman said: “In the other leagues like in England, in order to speak about our opponents next week, I can tell you they are really focused on the championship – they will play with their best line-up.

Look at Bayern Munich and all the big teams in Europe. They all face some key games at some point in their respective leagues.”

Elsewhere, Real Madrid take on Roma at the Santiago Bernabeu. The Spanish giants took a two-goal lead back with them to Spain.

And the Italian side will have work to do if they are to make the quarter finals – Real welcome Gareth Bale and Marcelo back into the squad, while Cristiano Ronaldo comes into the game off the back of a four-goal haul in the weekend’s 7-1 thrashing of Celta Vigo.

Roma, though, are also in good form, coming off the back of an impressive 4-1 win over rivals Fiorentina.

Madrid manager Zinedine Zidane said: “Roma are a good team but I’m more worried about what we are going to do.

Their forwards are very good. If you don’t do your job properly, you can be eliminated.”

On Tuesday night, Wolfsburg will look to complete the job against Genk.

The German side were victorious in the first leg in Belgium, winning 3-2, thanks to two goals from Julian Draxler.

“We played a very good game,” said the attacking midfielder. “I’m always happy when I’m scoring and, of course, the Champions League is something special for me.

Yes, it’s a good result for us and if we play like that in the second leg we will go through.”

And finally, Benfica must fly almost 3,000 miles to Russia and defend their 1-0 lead over Zenit St Petersburg, thanks to Oliveira Jonas’ injury time goal.