Chairman of the Boards and Master of the Mile

WHEN U2 interrupt their concert to announce you have been victorious then you know you have achieved something special. 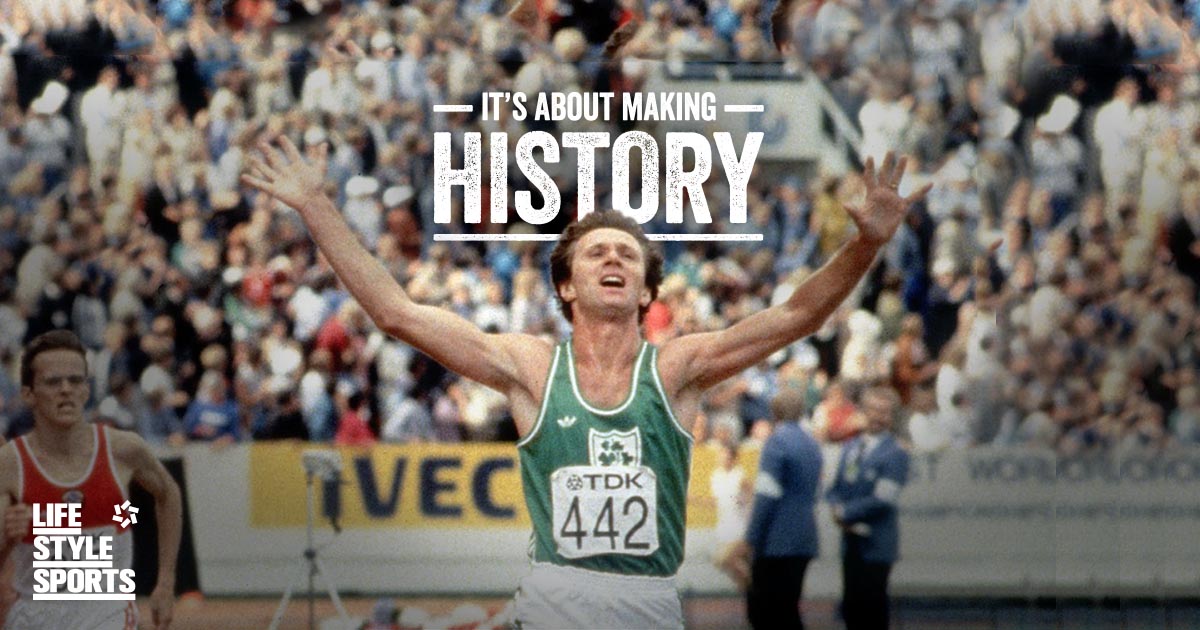 Eamonn Coghlan’s triumph at the inaugural World Championships in 1983 was a life-changing moment for the middle-distance runner and one the public had been craving for almost a decade.

Coghlan had already established himself as ‘Chairman of the Boards’ due to his near faultless indoor record, but when it came to his sport’s showpiece event, the Olympics, he had come up short as he finished fourth in both 1976 and 1980.

Coghlan’s own tactics had contributed to his failure to secure a medal in the 1500m at the 1976 Olympics and in the 5000m four years later but in Helsinki he judged the race perfectly to overtake his rival Dmitriy Dmitriyev on the final bend and destroy the Soviet runner on the home stretch.

“I never ran for recognition,” Coghlan said decades later. “I ran to win races. Of course my previous two Olympics had been a big let-down, to everybody.

“Helsinki was my chance to make up for that. If people do recognise me now, it’s for being world champion, not for finishing fourth in the Olympics. Helsinki was my redemption, for sure.”

World Championship gold was just reward for the 30-year-old’s career up until that point. Earlier in 1983 he had broken the world record for the indoor mile, won the World Cup two years before and secured silver in the European Championships in 1978.

Coghlan is a legend when it comes to indoor running. He won the prestigious Wanamaker Mile at Madison Square Garden seven times, which remained a record until 2010.

The father of four, who also held the 2,000m indoor record for more than a decade, cemented his place as the ‘Master of the Mile’ when he became the first athlete over the age of 40 to run a sub-four-minute mile at the age of 41.

One reviewer of his autobiography, Chairman of the Boards, Master of the Mile, which was published in 2008, wrote: “Eamonn Coghlan ran like Jimmy Cagney could dance. And like Cagney, he had a twinkle in his eye and a boyish charm; that is until you screwed with him on the turns, and then you would see the other side of an Irish smile.”

It’s only fitting that Coghlan became the second person to be named in Irish athletics’ Hall of Fame in 2008 – 25 years after his Helsinki redemption.