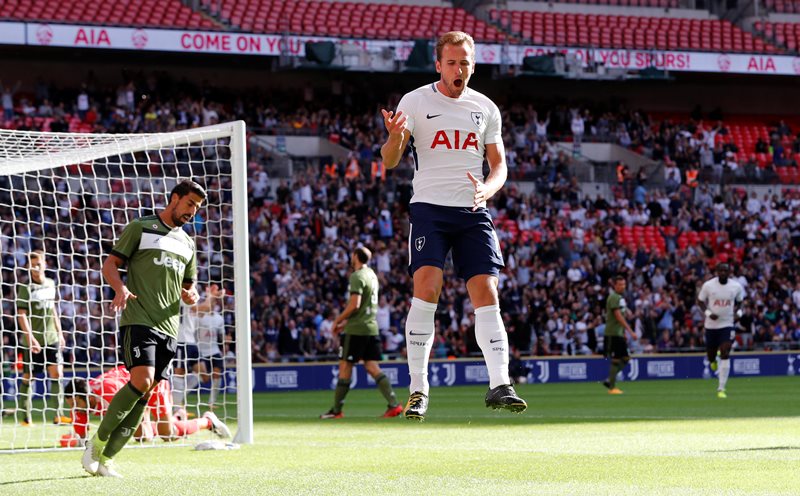 How can Tottenham Hotspur banish their Wembley demons against Chelsea?

Tottenham Hotspur’s Wembley woes have been well documented, with the North London outfit having suffered seven defeats at the national stadium since it was reopened in 2007.

Wembley is Spurs’ temporary home for 2017-18 and Mauricio Pochettino’s men have been handed the toughest of starts, hosting Premier League champions Chelsea this Sunday.

The Blues have beaten Tottenham in each of their past three meetings at Wembley, including a 4-2 victory in last season’s FA Cup semi-final.

Yet Spurs fans have reasons to be optimistic – here are three reasons why they can triumph over their London rivals.

The season may only be one game old, but Antonio Conte is already having to cope with a depleted Chelsea squad.

With Diego Costa reeling after being forced to train with the reserves – described rather theatrically as “criminal” by the man himself – and Eden Hazard and Pedro injured, Conte would have hoped for a trouble-free afternoon against Burnley last Saturday.

But a shock 3-2 defeat was compounded by red cards for Gary Cahill and Cesc Fabregas, leaving Conte without five first-team players for the Blues’ trip to Wembley.

Chelsea will be far from full-strength, making this Spurs’ best opportunity yet to banish their Wembley hoodoo against the Blues.

Tottenham fans have become restless at the club’s lack of summer transfer activity, but this could be a blessing, rather than a curse.

A 2-0 victory at Newcastle on the opening weekend showed Spurs can build on last season’s second-placed finish and this will surely be helped by a first XI that’s used to playing together.

The only ‘new’ face in the line-up at St James’ Park was right-back Kyle Walker-Peters, fresh from helping England to their Under-20 World Cup win in June.

Walker-Peters is a graduate of the youth system at White Hart Lane and didn’t look out of place, earning the man-of-the-match award for his impressive display.

They might be unaccustomed to their surroundings but on the pitch, Spurs could not be any more familiar with each other.

They’re not quite Best, Law and Charlton, but with Dele Alli, Christian Eriksen and Harry Kane on the pitch, Tottenham are virtually guaranteed goals.

Kane was last season’s Premier League top-scorer while Eriksen’s tally of 15 assists was only bettered by Kevin De Bruyne.

Against Newcastle, they continued where they left off, with Alli notching the first goal and Eriksen providing both assists.

Kane hit the post in injury time, but the England striker’s six shots on goal suggests it will only be a matter of time until the goals come.

If Spurs’ front three are firing, a first Wembley victory over Chelsea since the 2008 League Cup final is certainly on the cards.