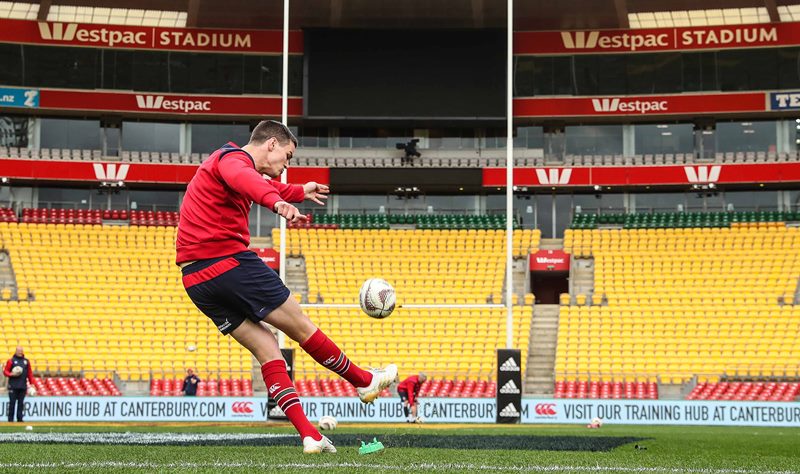 How can Johnny Sexton impact the Lions’ second Test?

It’s do or die time for the British & Irish Lions.

They’ve been in New Zealand since the start of the month and rugby fans around the globe have witnessed a number of thrilling matches against provincial teams and Super Rugby outfits, but the 2017 tour is all about the Test showdowns with the All Blacks.

Last weekend, Warren Gatland’s tourists took on the world’s best team at Eden Park in Auckland and despite a fine display, they were humbled 30-15.

All eyes are now trained on Saturday’s second Test at Westpac Stadium in Wellington and the Lions head coach has gone for broke by including Leinster’s Johnny Sexton in his starting line-up.

We’ve taken a look at some of the ways the Irish star could have an impact on the biggest match of the year.

It may seem a simple observation but the inclusion of Sexton and fly-half and Owen Farrell operating at inside centre multiplies the creativity that the Lions will possess with the ball in hand exponentially.

All of a sudden, the men in the red have two play-makers, two game-managers, two decision-makers – it makes them an intriguing prospect.

In the first Test, Ben Te’o proved effective in preventing the All Blacks’ Sonny Bill Williams from influencing proceedings, and Sexton and Farrell will be aiming to make up for that lack of defensive prowess with the problems they cause the hosts.

With two men on the field that can dictate play and search for gaps in the New Zealand defence, the Lions’ teeth become that much sharper.

Can he kick it?

Englishman Farrell is certain to be the man tasked with attempting to keep the scoreboard ticking over with the boot, but what if?

What if the wet Wellington conditions don’t suit the Saracens man or, for some reason, his typically ice-cold veins thaw out and Farrell isn’t at his deadly best?

There’ll be no need for a replacement as Sexton will be on the pitch and ready to step up if needed.

There’s even an argument to be made that the 31-year-old is in better kicking form – during this year’s Six Nations, he didn’t miss a place kick for Ireland.

Sexton has been there and done it, and is actually the third-oldest member of the Lions squad, only beaten in seniority by fellow Irishman Rory Best and James Haskell.

Ireland’s second all-time top points-scorer, he has been capped 66 times by his country, won back-to-back Six Nations championships in 2014 and 2015, and was also part of the successful 2013 Lions tour to Australia.

Sexton has plenty of miles left on the clock but adds maturity and experience to Gatland’s line-up, which is going to be needed in abundance if the Lions are going to keep their chances of a series win alive.