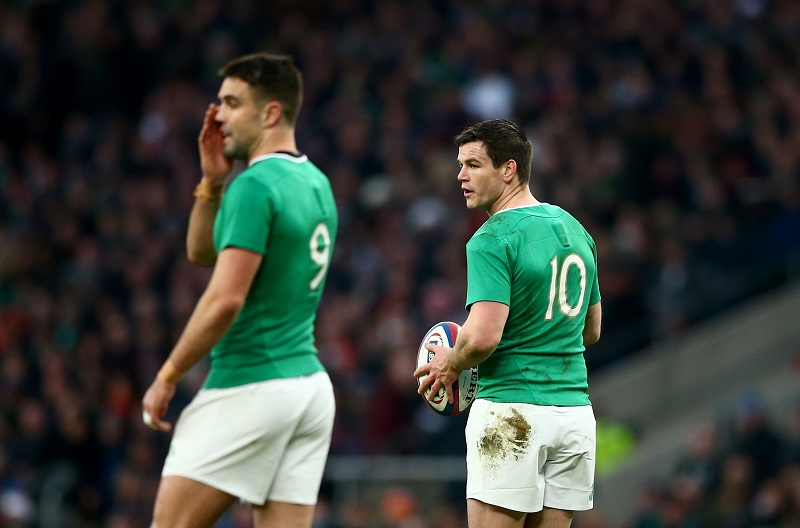 Can Ireland win the Six Nations?

This exciting young Ireland side have rightly been installed as one of the favourites in this year’s Six Nations Championship.

With the impact made by youngsters Jordan Larmour and Jacob Stockdale in the autumn, Joe Schmidt’s side go in with their best chance since 2015 and a shot at a Grand Slam.

But as last year’s campaign proved there are plenty of pitfalls on the way. So where will Ireland’s Six Nations be won and lost?

Training Day. A good session this morning as the lads prepare for the opeing match of the #NatWest6Nations #TeamOfUs pic.twitter.com/dyk2nPv9rs

As fly-half-turned-pundit Tony Ward has already stated, getting a win on opening weekend will prove absolutely vital.

They will have to beat France in Paris for the first time since 2002, with the hosts even more of an unknown quantity than usual under new head coach Jacques Brunel.

One of three home fixtures at the Aviva Stadium, Ireland have the chance to open up a lead on the chasing pack with the visit of Conor O’Shea’s Italy.

The Azzurri have only beaten Ireland once, on that nightmare day in Rome back in 2013, but their succession of wooden spoon finishes suggests it will stay that way.

With the Six Nations bonus system fully implemented this year, the fixture presents a chance for Schmidt’s boys to get an extra point on the board.

Ireland haven’t claimed a win in the last three Six Nations meetings of these two sides, with last year’s 22-9 defeat in Cardiff the final nail in the coffin of trophy hopes.

Warren Gatland will try to impose his recognisable game plan on the tie so Conor Murray will have a fight on his hands to secure quick ball for the exciting outside backs.

Wales are always a good team to play at home – with the challenges of playing at the Principality Stadium in mind – so Ireland will hope to make use of the Aviva advantage.

It would be easy to underestimate Scotland with the England fixture looming large in the final round, but do so at your peril.

Gregor Townsend has quietly built a formidable side and despite front-row injury issues can call upon fine talent with Greig Laidlaw passed fit.

But with Richie Gray and Ross Ford ruled out, Ireland’s advantage could be pressed home up front as Rory Best and Cian Healy have the chance to boss the game.

This game will have fans across the land on the edge of their seats, after last year’s dramatic conclusion ending 13-9 in Ireland’s favour.

ICYMI: Here’s the Ireland squad training hard in Spain last week – on the pitch & in the gym. #TeamofUs pic.twitter.com/uVuObWIcRG

The different factor this time around is Twickenham, with England backed by over 80,000 baying fans that could cheer them to victory in the same way as the Dublin crowd did.

But at the end of a punishing season for Eddie Jones’ players and with several injury absentees, England might find themselves drained and from there, it’s Ireland’s to lose.