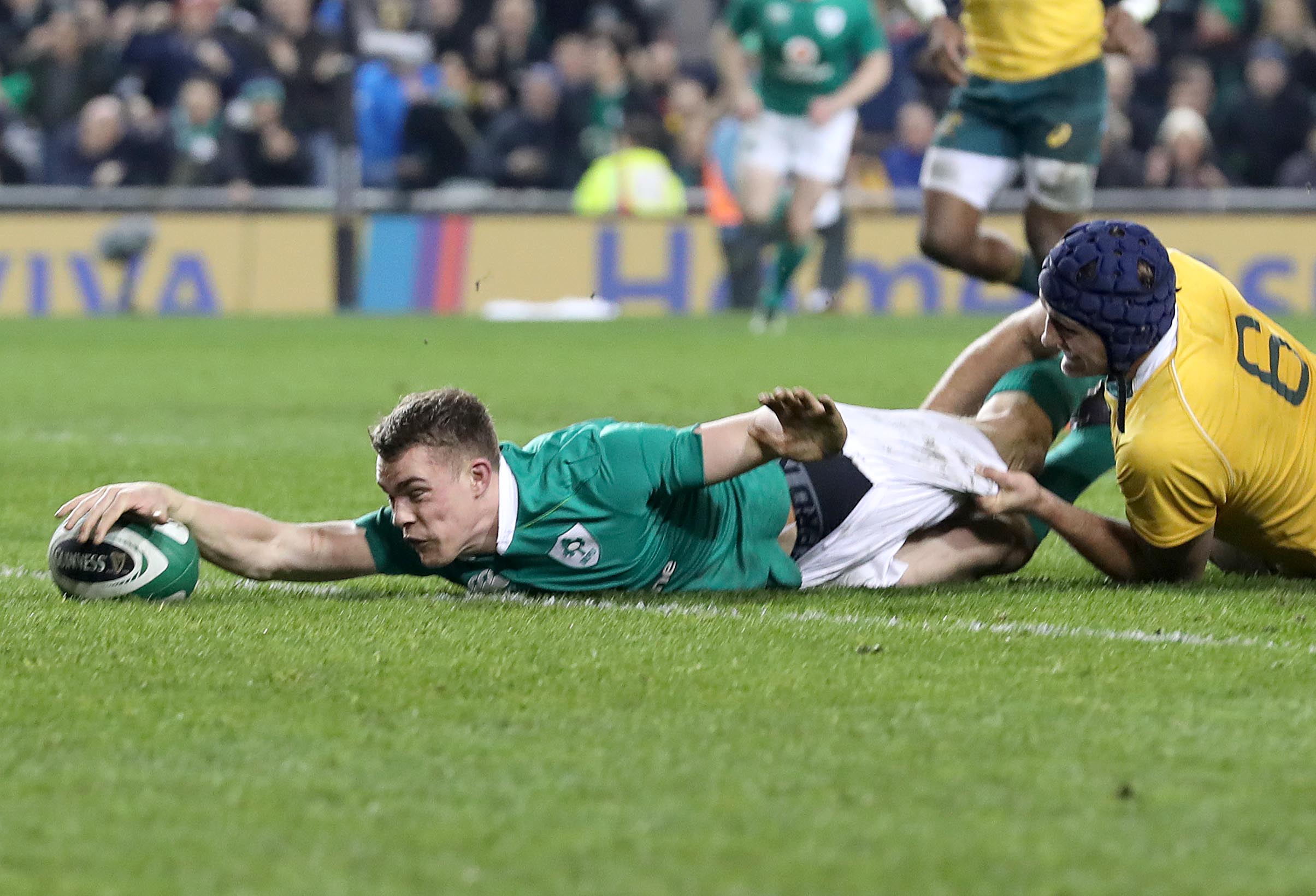 Who can impress for Ireland at this year’s Six Nations?

Joe Schmidt’s Ireland squad for the Six Nations includes three uncapped players all from Munster. Brothers Niall and Rory Scannell will hope to gain their first international caps, as will Andrew Conway.

The Irish are going into the tournament on the back of a scintillating set of autumn internationals, during which they notched their first ever win over New Zealand in an enthralling display in Chicago, and became the first northern hemisphere team to defeat South Africa, Australia and the All Blacks in a calendar year since England in 2003.

Here, we round up some of the main talking points for the Irish as they look to wrestle back the Six Nations title they lost to England last year, starting away in Edinburgh against Scotland on February 4.

Hooker Niall Scannell was captain of the Ireland under-20 side that reached the semi-final of the World Junior Championships in 2012. That team was littered with future Ireland prospects, including Tadhg Furlong, Iain Henderson, Jack Conan and Luke McGrath, all of whom are included in this year’s 40-man squad.

While Scannell has had to wait longer than his former contemporaries for a senior cap, he faces a fight for his appearance with Leinster’s James Tracy. Skipper Rory Best will, injury permitting, win his 101st cap against Scotland on February 4, but regular back-up Sean Cronin has been ruled out of the tournament with a hamstring injury, opening the door for Scannell and Tracy.

Cronin’s Leinster team-mate Tracy, 25, impressed on his Ireland debut against Canada in November, and scored his first international try.

However, Scannell’s impressive form for Munster stands him in excellent stead to challenge Tracy as back-up to Best, and it will be an interesting fight to see who get the nod from Schmidt.

Young outside centre Garry Ringrose has experienced a meteoric rise to the forefront in the past 15 months. Is it now time for the 21-year-old to seize the big stage and stake his claim for a place on this year’s British and Irish Lions tour?

Ringrose was handed his Guinness PRO12 debut for Leinster in September 2015 by coach Leo Cullen after a series of eye-catching displays for the Ireland Under-20s. He has now established himself as a mainstay in the Leinster midfield, and impressed in the autumn internationals, scoring in the 27-24 clash against Australia.

The talented centre is expected to line up alongside Robbie Henshaw at centre. Players and pundits have heaped praise on Ringrose, and many have identified his “old head on young shoulders” as one of his best qualities, which should stand him in excellent stead for another step up.

Going from uncapped in November to a Lion the following summer would be an incredible story, but the man who was tipped as Brian O’Driscoll’s successor when he was coming through, might just be the man to do it.

Another of Ireland’s brightest prospects is Ringrose’s fellow centre Stuart McCloskey. Big and strong, he is the archetypal modern centre, and his impressive form has continued for club side Ulster, despite their indifferent season in the Guinness PRO12.

Schmidt picked him for the injured Jared Payne in Ireland’s clash with England in last year’s Six Nations, but injury ruled him out of the autumn internationals. However, his recent appearances for Ulster has forced Schmidt’s hand, and he will be gunning for a return to the field.

While Robbie Henshaw will be the mainstay of the Irish midfield, McCloskey represents a similarly imposing option for Schmidt, and based on his recent form he could well add to his caps at some stage during the Championship.