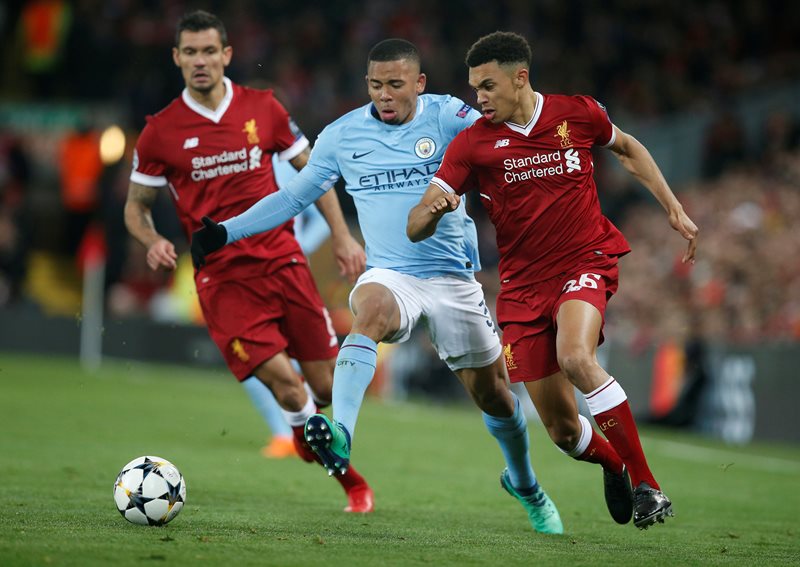 Can City comeback against Liverpool? The history

If Manchester City are to reach the Champions League semi-finals for only the second time in their history then they will need to pull off the mother of all comebacks at Liverpool’s expense.

Trailing 3-0 with first-half goals from Mo Salah, Alex Oxlade-Chamberlain and Sadio Mane, City’s hellish evening did not improve after their bus pulled through Anfield’s Shankly Gates and was besieged by missiles.

But City have history for being comeback kings, while Liverpool are no strangers to a three-goal surrender.

Before the days of the Abu Dhabi billions, City were the second-best team in Manchester – and by quite some distance.

A third-place finish in the old second division saw them reach the play-offs where an expectant crowd of almost 77,000 arrived at Wembley for the final. 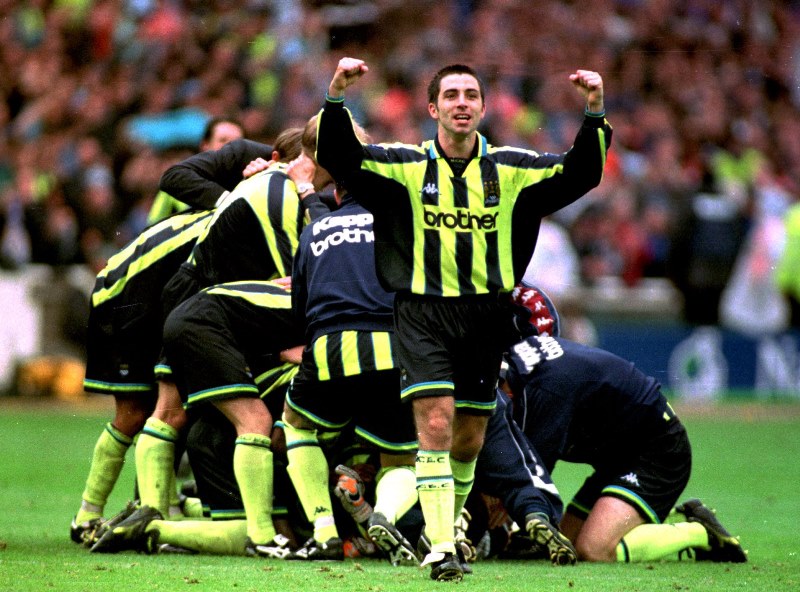 Kevin Horlock halved the deficit on 90 minutes with a long-range strike and Paul Dickov sensationally levelled matters in the fifth minute of stoppage time.

After an extra-time stalemate the contest went to penalties where City keeper Nicky Weaver was the hero, saving from Paul Smith, Ady Pennock and Guy Butters.

Without that day in May, would the City we see today exist?

But in the final 17 minutes Southampton roared back to claim an unlikely point.

Marian Pahars and Tahar El Khalej initially struck to reduce the deficit. And, in stoppage time, Liverpool’s much-maligned defender Djimi Traore miscued a header into the path of Pahars and the little Latvian finished from close range. 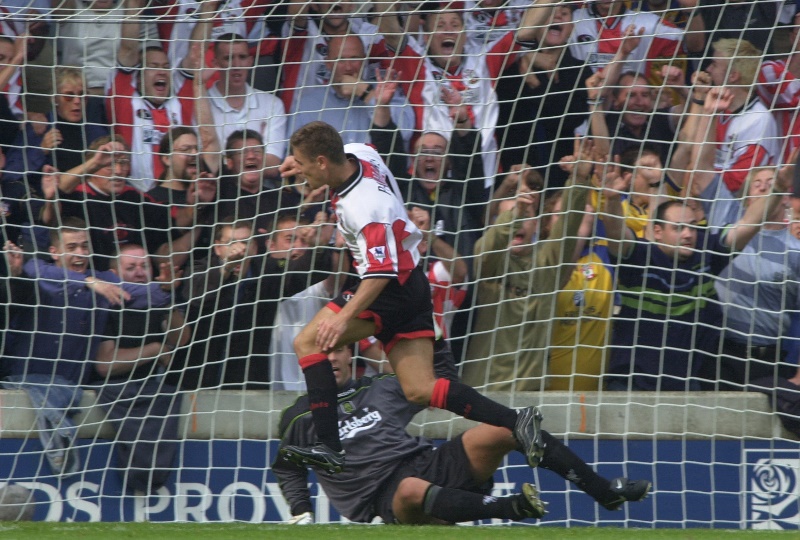 In an FA Cup fourth-round replay at White Hart Lane, Spurs looked to be cruising through to a last-16 trip to Old Trafford having led 3-0 at half-time.

After goals from Ledley King, Robbie Keane and Christian Ziege, City midfielder Joey Barton could not hide his frustration and was sent off for dissent after the half-time whistle.

But one of the Cup’s greatest ever comebacks ensued in the second half.

Sylvain Distin started the comeback and goals from Paul Bosvelt and Shaun Wright-Phillips had City level with 10 minutes remaining.

David Pleat’s Spurs were on the ropes and substitute Jon Macken completed the turnaround with City’s fourth in the dying seconds.

The most dramatic finish to a top-flight season there is ever likely to be saw City win the title on goal difference at Manchester United’s expense.

Seconds before United’s game at mid-table Sunderland concluded, City incredibly trailed 2-1 at home to 17th-placed QPR and knew only a win would do to be crowned champions for the first time since 1967-68.

Manager Roberto Mancini was apoplectic with rage, until Edin Dzeko headed City level with the clock on 91 minutes.

City then lay siege to the QPR goal and, in the 94th minute, Agueroooooooooooooo… 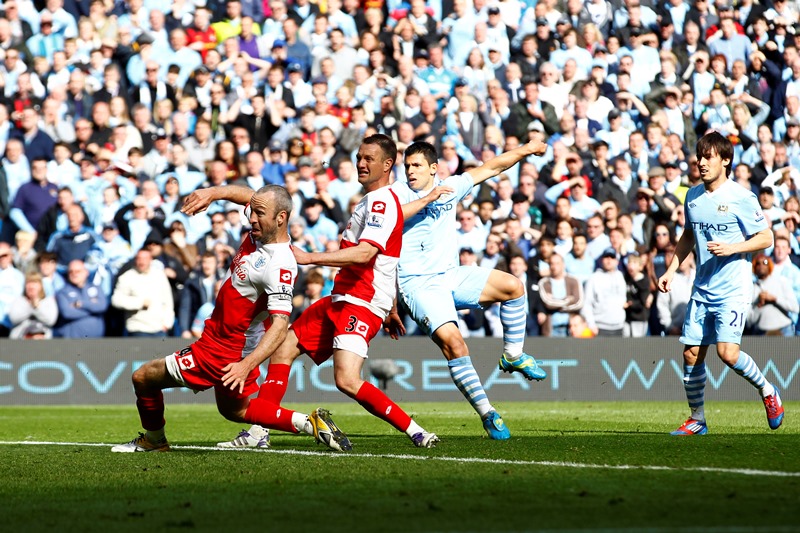 “Brendan Rogers’ Liverpool, we’re on our way to glory…” sung the red half of Merseyside in 2013-14, convinced they were going to win a 19th league title and their first since 1990.

With three matches of the season to play Liverpool were five points clear of Chelsea and six ahead of Manchester City, who had a game in hand.

Steven Gerrard then infamously slipped against the Blues in a 2-0 home defeat to close the gap.

They looked to have bounced back in their final away match of the season with a Joe Allen strike, Damien Delaney’s own goal and a Luis Suarez effort putting them 3-0 up against Palace.

But Delaney scored at the right end to reduce the arrears with 11 minutes left on the clock, before a late Dwight Gayle double left Suarez and Co. in tears.

Cast your mind back to November and Liverpool’s season certainly did not look anywhere near as rosy as it does now.

The Reds travelled to Sevilla for a Champions League Group Stage match and were 3-0 up inside half an hour with two goals from Roberto Firmino and Sadio Mane scoring in between.

A quickfire double in the second half from Wissam Ben Yedder, after errors from defender Alberto Moreno, got Sevilla right back in the contest. 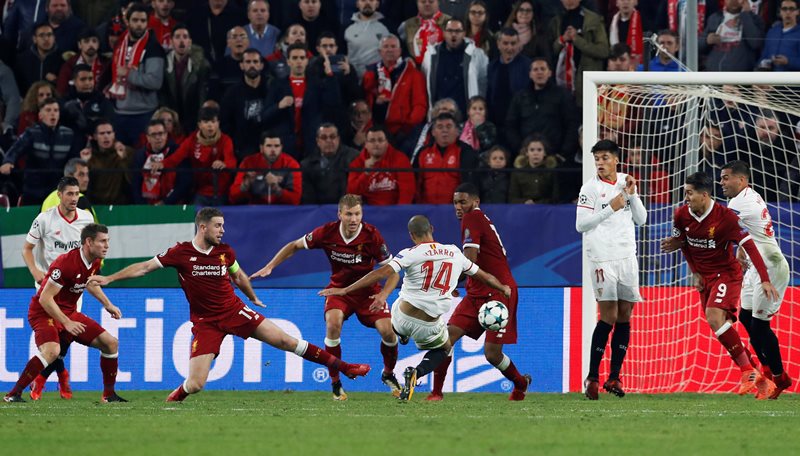 Then Guido Pizarro popped up with a 93rd-minute equaliser to stun the Reds and aid the La Liga side’s progression to the knockout phase.

THE LATEST RANGE OF PREMIER LEAGUE SHIRTS, INCLUDING THE NEW LIVERPOOL JERSEY, ARE AVAILABLE TO PURCHASE FROM LIFE STYLE SPORTS TODAY.