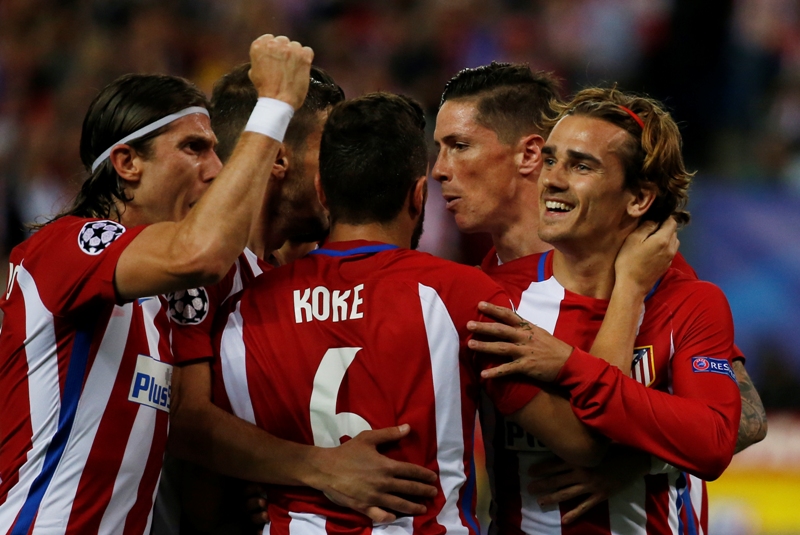 Can Atletico Madrid’s stars save the day?

In recent years, Diego Simeone’s Atletico Madrid have evolved into one of the outstanding teams in Europe but time and again, their illustrious city rivals have emphatically spoiled the party.

Two UEFA Champions League finals in the space of three years – Los Rojiblancos have made their presence felt in football’s premier club competition but an all-too-familiar white-shirted spectre has continually loomed large for Simeone’s men.

Atletico’s last three Champions League exits, including defeats in the 2013-14 and 2015-16 finals, have come at the hands of Real Madrid, and the 11-time winners are up to their old tricks once again.

Cristiano Ronaldo’s first-leg hat-trick has Atletico trailing 3-0 heading in to Wednesday night’s semi-final second leg at the Vicente Calderon and if Simeone’s troops are to pull off a comeback and dispel the Indian sign Real seemingly hold over them, then their key men will need to produce something special.

You may well already be sick of reading Antoine Griezmann’s name in the gossip columns but the mercurial French forward is hot property for good reason and Atletico fans will be looking to their attacking talisman when Real rock up on Wednesday.

The 26-year-old, who finished third behind Ronaldo and Lionel Messi in the 2016 Ballon d’Or, has finished as his team’s top-scorer in the last two seasons and tops the charts once again this term with 25 goals.

Griezmann has notched five times in this year’s Champions League campaign but found himself uncharacteristically shackled at the Bernabeu earlier this month, something the Atletico man will need to avoid this time around.

Whether he leads the line or plays in the hole behind the likes of Kevin Gameiro or Fernando Torres, Griezmann will need to find a way to whip up some trademark magic to give his side a fighting chance.

The general at the back

Even one of the world’s best central defenders cannot halt an on-fire Ronaldo on his day, so Diego Godin’s reputation shouldn’t suffer as a result of Real’s dominant first-leg victory.

However, the Uruguay skipper will need to be at his very best for Atletico to rediscover their trademark defensive resolve on Wednesday.

Los Rojiblancos’ on-pitch leader bar none, 31-year-old Godin leads a defence which has conceded the fewest La Liga goals in three of the last four seasons and he beat Real rival Sergio Ramos to be named the division’s best defender last term.

No stranger to inspirational displays at the heart of Atletico’s defence, Godin has his work cut out for him to blunt the likes of Gareth Bale, Karim Benzema and, of course, that man Ronaldo.

The safest of hands

Behind every great defence is a great goalie and in Jan Oblak, Atletico have a young man with talent in abundance.

The latest to emerge on the same conveyor belt of goalkeeping talent as David de Gea and Thibaut Courtois, 24-year-old Oblak looks destined to go to the very top of the game.

The Slovenian has a knack for feats of spectacular shot-stopping and is more than likely to be at full-strength on plenty of occasions against the might of Real.

THE LATEST RANGE OF ATLETICO MADRID AND REAL MADRID SHIRTS, TRAINING WEAR AND FAN-WEAR IS AVAILABLE TO PURCHASE IN STORE AND ONLINE