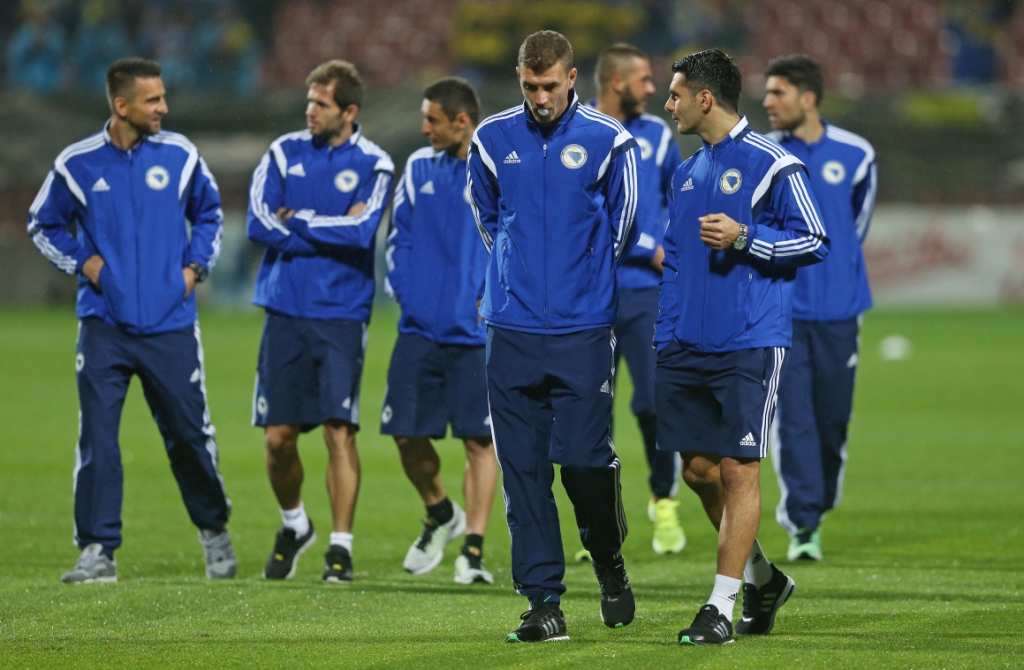 Breaking down the opposition: Ireland v Bosnia and Herzegovina

Martin O’Neill’s Ireland have plenty of food for thought ahead of Friday’s crunch Euro 2016 qualifying play-off first-leg against Bosnia and Herzegovina.

After Shane Long’s heroics against Germany last month renewed hope that the Green Army would seal an automatic qualification berth, it was dashed by a 2-1 loss in Poland that left them an agonising third in Group D.

Now they face Mehmed Baždarević’s Bosnia and Herzegovina, a side that have gone from strength to strength since their inception in 1992.

The players had previously lined out for Yugoslavia from 1920, but following the outbreak of the Bosnian war and subsequent independence, a new footballing nation rose from the ashes.

And with plenty of familiar names to fans of the English Premier League, Serie A and the Bundesliga, O’Neill’s side will have their work cut out for them with the ‘Zmajevi’ (Dragons) looking to qualify for a major competition for only the second time after the 2014 World Cup in Brazil – where they finished a creditable third in their group which included finalists Argentina.

For starters Bosnia have a safe pair of hands between the sticks in Chelsea stopper Asmir Begović, who has 45 caps to his name.

While his club side have toiled so far in the English Premiership so far this season, the 28-year-old’s form in place of the injured Thibaut Courtois has been consistent and a string of important saves has spared José Mourinho further embarrassment on more than one occasion.

In front of him are the likes of Bundesliga trio Emir Spahić, Toni Šunjić and Mensur Mujdža, and while they may not be as familiar to fans of English football the experienced defenders have over 140 caps between them and helped their side to four clean sheets in qualifying.

Lazio’s Senad Lulic is a workhorse in midfield, while ahead of him playmaker Miralem Pjanic of Roma has the quality to cause anyone in the world problems playing behind the strikers.

Up top, former Manchester City hitman Edin Džeko is Bosnia’s skipper and number one attacking threat, with seven goals in as many appearances during the European qualifiers so far taking his international tally to 44.

But Ireland must also be wary of Hertha Berlin’s Vedad Ibišević and Cesena’s Milan Đurić, both of whom scored in Bosnia’s 2-0 win over Wales last month.

The first leg takes place in Zenica this Friday, with Ireland welcoming their rivals to the Aviva Stadium the following Monday.