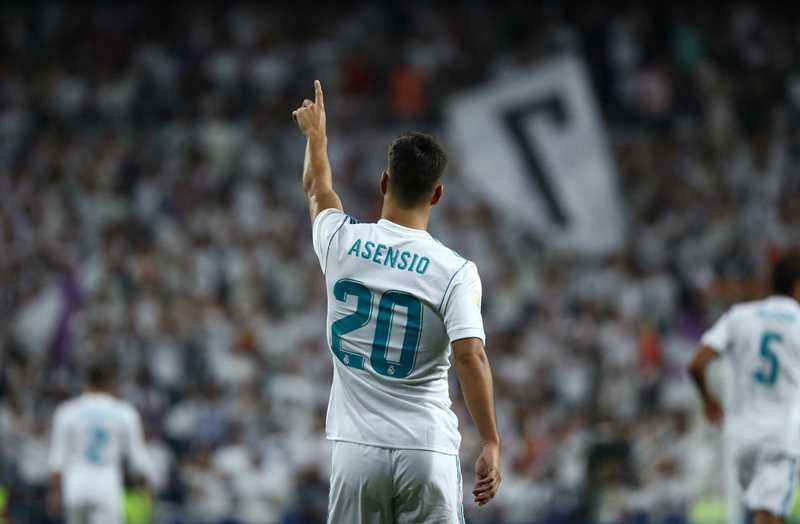 The most successful club in La Liga and Champions League history, Real are usually associated with their ability to throw about stinking great wads of cash and whisk ready-made gems to the Bernabeu – just think Cristiano Ronaldo, Gareth Bale, Zinedine Zidane, Kaka and David Beckham.

But there’s a whole lot more to Los Blancos’ recruitment policy than that and, with what currently looks like a masterstroke from the club’s scouting department, Real look to have unearthed a potential superstar of world football in Marco Asensio.

The jewel of Mallorca

While coming through the ranks at Majorca, local boy Asensio quickly caught the eye of Spain’s biggest clubs and in December 2014, the attacking midfielder agreed a six-year contract with Real for a fee of €3.9 million.

After two seasons of development out on loan at boyhood club Mallorca and then Espanyol, Asensio showed he was ready for the biggest stage by opening the scoring in spectacular fashion against Sevilla in the 2016 European Super Cup – it was his first start for Real.

His full international debut for Spain had already arrived in May and Asensio’s breakthrough campaign went on to include 10 goals, including strikes in both the quarter-finals and the final of the Champions League – against Bayern Munich and Juventus respectively as Zidane’s troops were crowned kings of Europe for a 12th time.

The Real starlet also bagged a hat-trick for Spain at this summer’s European U21 Championships in Poland but he was unable to prevent his side losing 1-0 to Germany in the final.

Skilful and direct, Asensio has shown a penchant for the utterly spectacular.

For a few days in mid-August, it was nigh-on impossible to log on to social media and not see either of his sublime highlight-reel strikes against Barcelona in both legs of the Spanish Super Cup.

Unfortunately, the 21-year-old has also added his name into bizarre injury folklore after he was ruled out of his side’s Champions League group stage game with APOEL Nicosia with an infected pimple – reportedly as a result of shaving his legs.

The mercurial Asensio is expected to be back in contention when Real travel to Borussia Dortmund in Group H next week and the sky appears to be the limit for the most prodigious Spanish talent out there right now.

Seemingly, male grooming mishaps are the only thing that can slow him down.