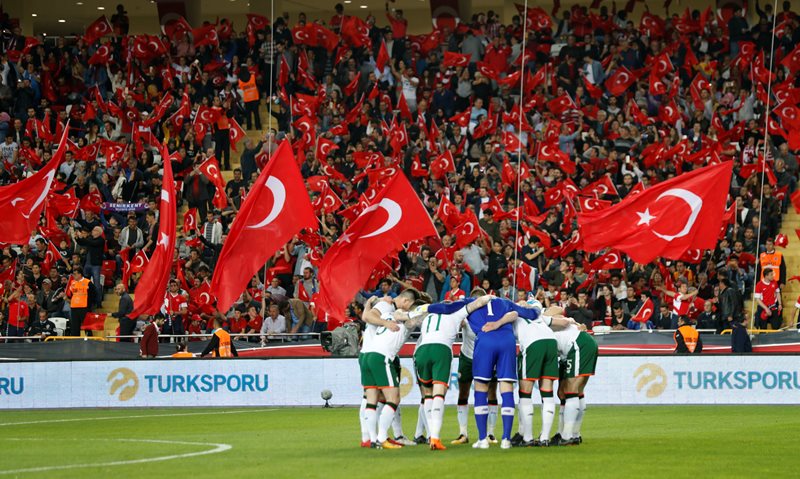 Martin O’Neill fielded his new-look Republic of Ireland for the first time last Friday as the Boys in Green began the healing process following their World Cup qualification heartbreak.

Declan Rice, Scott Hogan and Matt Doherty all made their bows in a 1-0 defeat to Turkey at the Antalya Stadium, with Ireland chief O’Neill including eight previously uncapped players in his squad.

The international puts new kits and new boots firmly in the spotlight and, with the latter in mind, here’s a look at what some of the best footwear on that was on display as Ireland returned to action.

A sight for sore eyes – Ireland captain Seamus Coleman was back representing his country for the first times since his horror double leg-break against Wales almost a year ago.

Having made his comeback for Everton at the tail end of January, the dynamic Coleman featured at right wing-back for just over an hour against Turkey.

He rampaged down the right flank sporting the traditional stylings of the black and orange Nike Tiempo Legend VII, part of the ‘Nike Fast AF pack’, a name intended to stand ‘Fast Audacious Football’ rather than any bad language.

Having endured four Ireland games as an unused substitute, striker Scott Hogan was finally handed his Ireland debut from the start in Antalya.

The 25-year-old, who notched five goals for Aston Villa in as many games between January and early February, had arguably the visitors’ best chance midway through the first half when he got on the end of a Jeff Hendrick pass but fired into the side-netting.

Sean Maguire has been a revelation at Preston since his summer move to Deepdale from Cork City and it’s no surprise to see the 23-year-old forward featuring prominently in O’Neill’s thinking.

After returning from a serious hamstring injury at the start of the month, Maguire has struck five goals in his last four games for the Lilywhites and, against Turkey, he earned his second international cap.