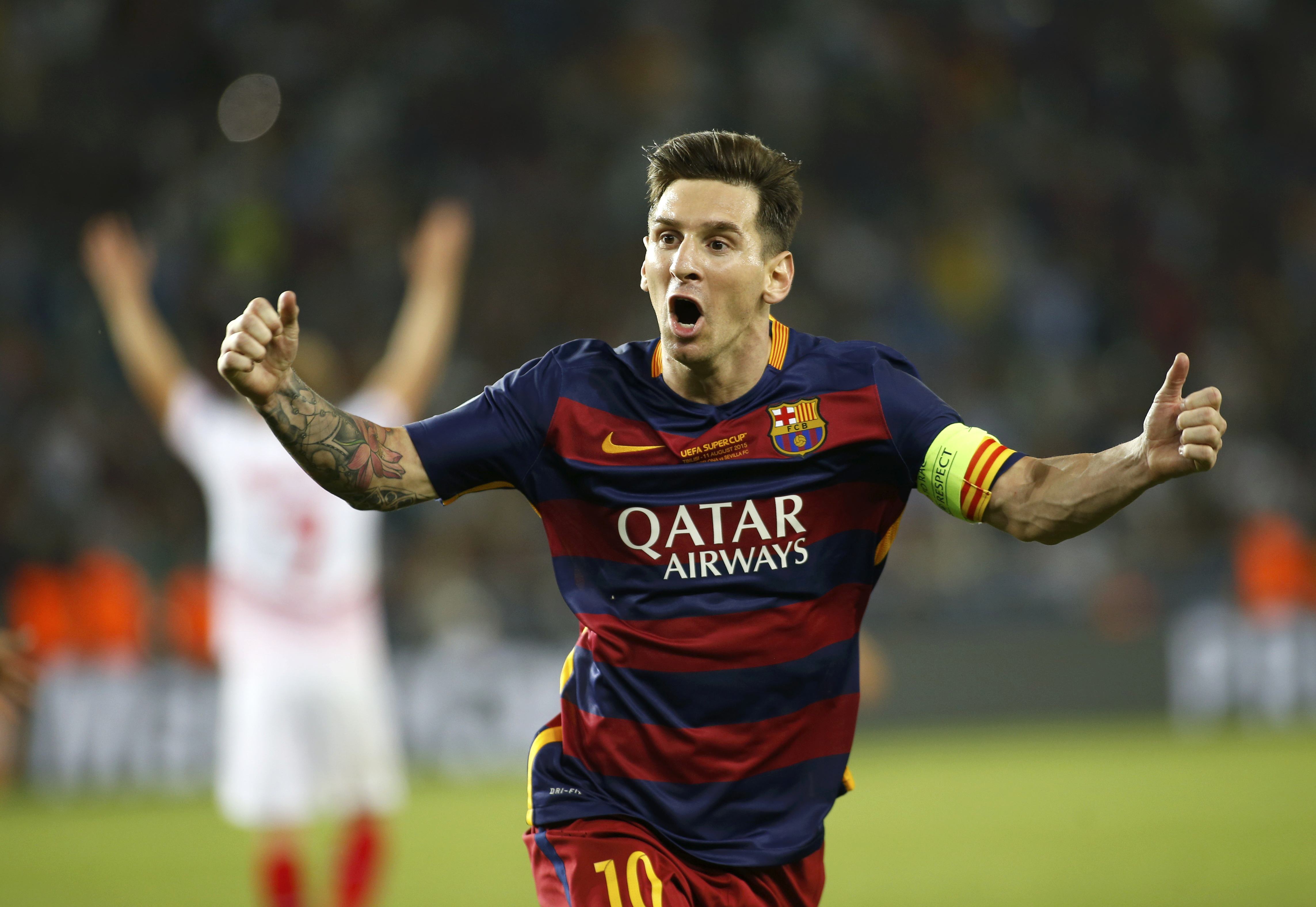 Tonight Lionel Messi will walk out at the Stadio Olimpico in Rome to play the 100th Champions League game in his illustrious career.

And to mark the occasion he will be wearing specially designed Adidas boots called Messi15, with the colours representing the Argentina flag, white and blue, with the studs in yellow – for the sun.

Messi has been involved with the design of the boots and that allowed them to be adapted to Barcelona’s style of play with the boots designed and developed to enhance his dodging ability.

And when it comes to his ability, Barcelona boss Luis Enrique has hailed Messi as the greatest player to ever grace the game.

“Messi isn’t just the best player in the world, he’s the best the game has ever seen,” he said.

It is not just the Barca boss who has praised their number 10. Another integral part of Barca’s fearsome attack is Brazilian Neymar, who fully understands the impact that Messi can have on a match.

“Messi is always the best on the pitch,” said 23-year-old Neymar. “He always makes the difference and that helps us to win games.”

The target for Barcelona this year will almost certainly be to retain the Champions League, a feat that has yet to be achieved since the competition was re-branded in 1992.

And if Barca are to retain the title then Messi will surely be key to that. The Argentine scored 60 goals in 60 appearances last season, a record surpassed only by the Real Madrid talisman Cristiano Ronaldo.

The argument over which of these two football superstars is truly the greatest will continue to rage throughout this season but Messi’s Barca team-mate Jordi Alba believes there is no contest.

“If we are realistic and forget team loyalties, you cannot compare Messi with any other player, the best in the world is Leo Messi,” said the Spanish international.

“Ronaldo is a fantastic player, he scores a lot of goals and is really complete, but what Messi does nobody else can or ever will do. When Leo is on the field, everything turns in favour of Barca. He is five steps above the rest.

While Messi is persistently showered in plaudits from team-mates and pundits alike it is only his performances and results on the biggest stage in club football that can single him out as the greatest player on the planet, and successfully defending a Champions League title would almost certainly do that.

This season then is crucial for Messi, and the biggest part of this season begins tonight, in Rome.

LIFE STYLE SPORTS HAS THE WIDEST CHOICE OF FOOTBALL BOOTS AVAILABLE IN IRELAND. THE NEW MESSI BOOT LAUNCHES TODAY AND IS EXCLUSIVE TO LIFE STYLE SPORTS. CLICK HERE TO SHOP THE RANGE NOW.