THERE are moments that can define a player’s career, or a particular team’s season, but very few can claim to be an entire nation’s favourite football memory. Step forward Patrick Joseph Bonner. 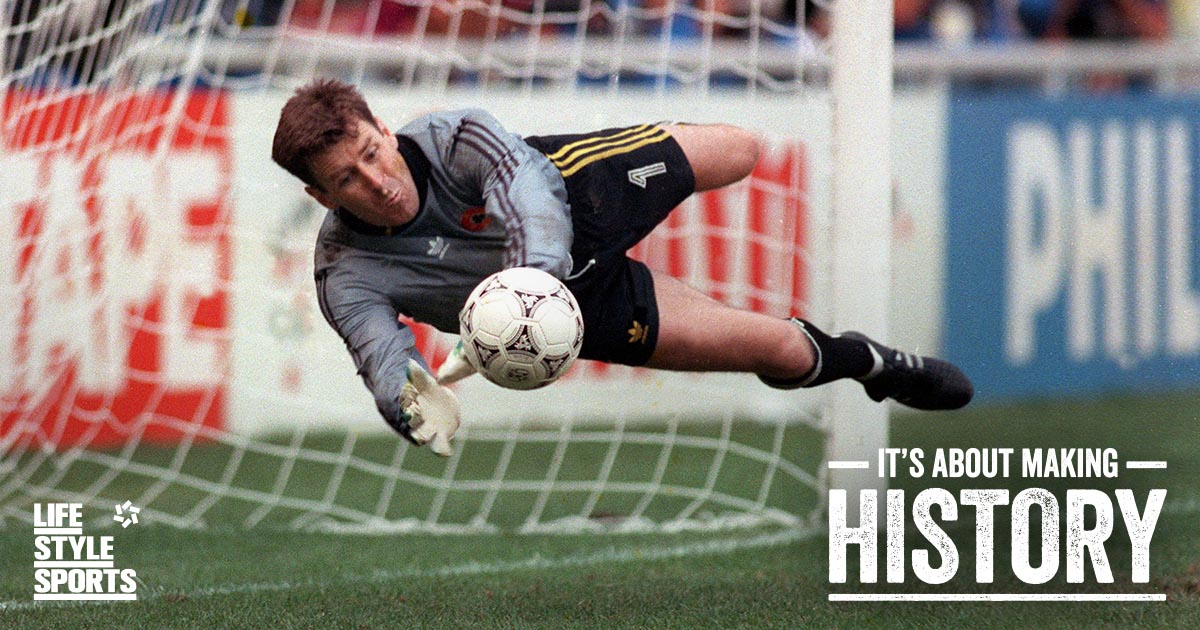 Twenty five years ago, Ireland travelled en masse to Italy to compete at the World Cup for the first time in the nation’s history. Three stalemates in the group stage against England, Egypt and Holland sent big Jackie Charlton’s men through and the lots were drawn. Ireland would go on to meet Romania in the last 16.

A bum-squeaking 120 minutes of football could not separate the teams and that meant only one thing – a dreaded penalty shootout. There was barely an unchewed fingernail to be found back home as four spot-kicks apiece rippled the net.

Then came the moment for which Bonner himself says:

It really wouldn’t be an exaggeration to say that that one save changed my life forever.”

Daniel Timofte struck tamely toward the bottom right corner and big “Packie”, with a sea of green behind his goal holding their collective breath, pushed away the penalty, got to his feet with a smile as wide as the River Shannon and leapt in the air with both hands aloft.

His celebration was tame compared with what was to follow after David O’Leary made no mistake from 12 yards to send Ireland into the quarter-finals.

Ultimately, Ireland’s journey was to end there with defeat to hosts Italy in the last-eight, but Charlton’s men received a hero’s reception after the short flight back to Dublin.

The greatest hero of them all? Not boss Charlton, Niall Quinn and his disco pants or rock-solid Paul McGrath, but the brilliant Bonner.

The man who had conceded a goal 90 seconds into his international debut against Poland – on his 21st birthday no less – had now reduced grown men to tears, captured the imagination of a nation and even earned a mention from the Pope.

Strikers and forwards all tremble when told, they know they’d have no chance big Paddy’s in goal,” crowed the Celtic fans back at Parkhead How right they were!