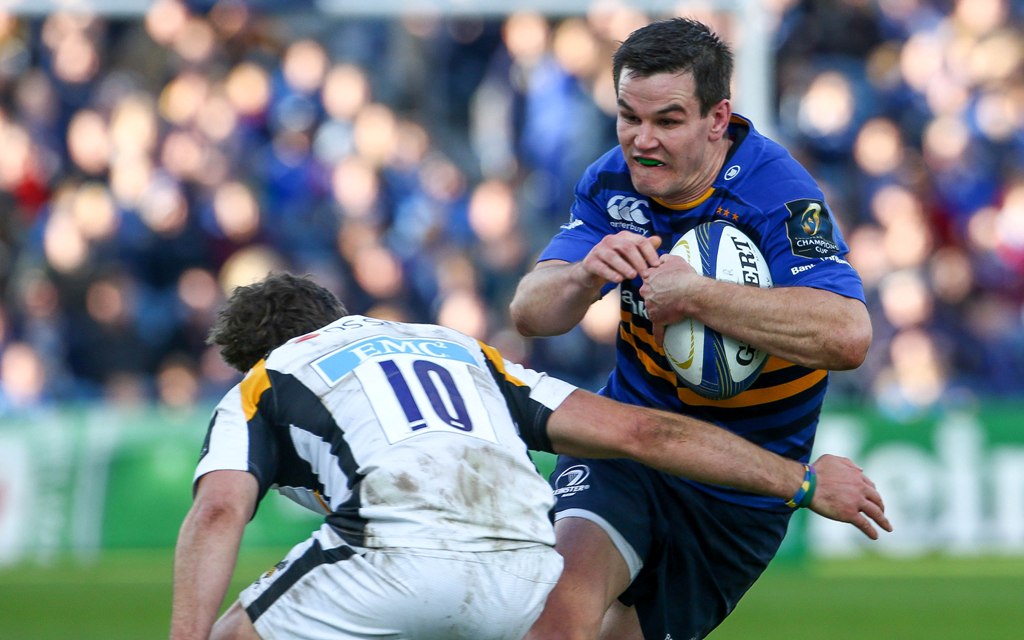 After both succumbing to Wasps in the early stages of the Champions Cup, Leinster and Toulon have something in common ahead of Sunday’s meeting.

The two teams, who met in the semi-finals of this competition last season, have been left in the starting blocks this time around with just one point between them.

For Leinster, victory over the reigning champions this weekend – in their own backyard – is all but essential if they harbour any hopes of progressing from Pool 5.

After a 33-6 defeat to surprise package Wasps, Leo Cullen’s side went on to lose 19-16 away to Bath in round two and they must find another gear this weekend.

And fly-half Jonathan Sexton believes the time is nigh for his team to kick-start their pool campaign as they prepare to face the might of Toulon.

“It’s as much about stopping their strengths as exposing them,” he said. “They’re very strong at a lot of things.

“At the breakdown, they have got numerous guys like Duane Vermeulen, Steffon Armitage and in the backs Mathieu Bastareaud and even guys in the wide channels like Bryan Habana, who’s very good over the ball.

“That will be important for us and something we will put a lot of emphasis on.

Wasps found a few weaknesses. They are beatable. They’ve been beaten lots of times.

“But they are obviously an outstanding team and they’re not three times in-a-row European Cup champions for nothing. We’re going to have to be on top of our game to be in with a shout.”

Last season’s tie between the two sides was clinched by a Bryan Habana interception try in extra-time, propelling Toulon to the final and, ultimately, their third title on the trot.

Leinster will be eager to get one back on Toulon, and after last week’s Pro12 tie against Glasgow Warriors was postponed, the Irish side will be looking to blow away the cobwebs.

Ireland’s Rob Kearney will start at full-back for only his second appearance this season, while Fergus McFadden and Isaac Boss come into the squad, with Luke Fitzgerald and Ben Te’o set to start in the centres.

However, despite a lacklustre start to the Champions Cup, Leinster have improved game-on-game, and Sexton is encouraged as they travel to the Stade Félix Mayol, where Toulon have never lost in Europe’s top competition.

“We’re five games into the post-World Cup,” he said. “That’s essentially the start of our season.

We let ourselves down against Wasps in lots of areas but we were a hell of a lot better against Bath.

“We let ourselves down in one or two areas and that cost us the game, but in terms of turning up on the day, I think we did that. Hopefully, we’re still building.”