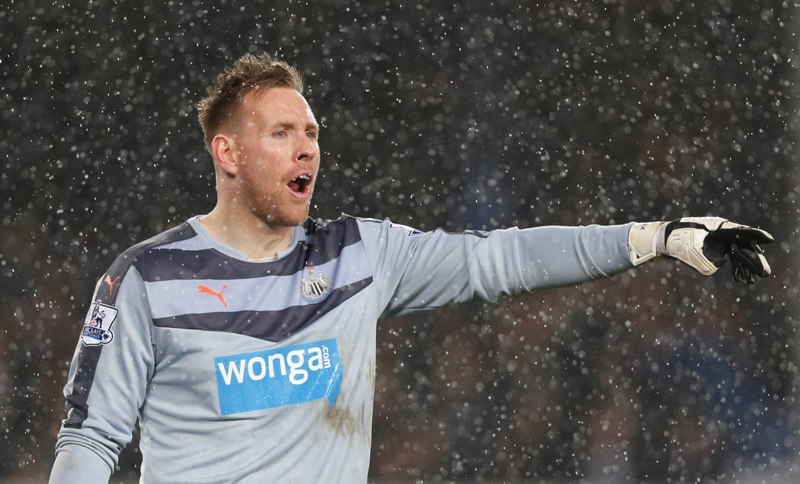 At the weekend they were rivals, but Newcastle goalkeeper Rob Elliot has revealed he has since bonded with Sunderland defender John O’Shea over a pint ahead of Ireland’s friendly with Switzerland on Friday.

Yet they will be side-by-side in Dublin this weekend as Martin O’Neill’s men continue their preparations for this summer’s European Championship in France.

And, keen to shake off any north-east needle, Elliot said they headed straight to the bar at Newcastle International Airport with O’Shea putting his hand in his pocket.

“I’d have bought him one if he could have let us get the winner,” said Elliot.

“It was probably a fair result in the game, and it was nice just to sit and have a beer with him and have a nice chat about the events, and then get on the plane and come over here.

“I haven’t really talked to the Norwich boys about it yet, but I’m sure we’ll have a chat.

It’s such an important time of the season, but we’re here to concentrate on Ireland.”

Though Elliot and O’Shea are in line to feature in Dublin, O’Neill will be without striker Jonathan Walters due to hamstring trouble.

However, talisman Robbie Keane should be clear to play despite missing training today and Walters should be ready to return in Slovakia on Tuesday.

“Jon, I think he will be fit for Tuesday, he just thought he might be best to go home for a day or two,” said O’Neill.

“He should be back on Friday night to watch the game. He will definitely play on Tuesday.

“Robbie Keane sat out training again on Wednesday but there is no real problem. He will be okay and will be available for any of the two games.”