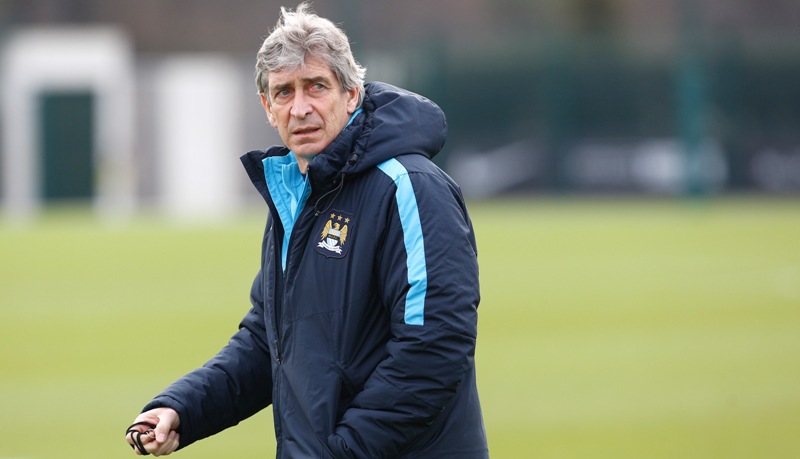 With the country’s Champions League hopes resting on Manchester City in Paris tonight they will hope Joe Hart’s return in goal gives them a psychological boost.

The stopper has been out of action since injuring his calf when stretching for a Martin Demichelis backpass in last month’s Manchester derby.

But the 28-year-old is back between the sticks tonight at the Parc des Princes as City make their Champions League quarter-final debut against Paris St Germain.

Laurent Blanc’s side are in the last eight for the fourth season in a row but outgoing City boss Manuel Pellegrini dismissed concerns about Hart’s fitness and said his side will not play for a draw.

“Joe has worked without any problems,” he said. “There’s always a risk when you are coming back from injury but we’ve done all the medical tests and he is ready to play.

“Both teams have a chance to continue to the next stage and that chance is 50-50 for each team.”

Pellegrini’s fearless attitude is mirrored in his players, with French defender Eliaquim Mangala claiming the Ligue 1 champions’ superior experience in Europe will count for little.

He said: “We consider Paris as a very impressive team with a good project, one that is progressing, so this is why this is a very important match against a big team.

“They have the experience of being in a quarter-final before and we need to respect their experience but they are not a threat to us, it will be a close game.”

City have exited the competition at the last-16 stage in the previous two seasons after twice being drawn against Barcelona.

This season they eased past Dynamo Kiev in the last round but now face the might of Zlatan Ibrahimovic and Angel Di Maria as they look to become the first English semi-finalist since Chelsea in 2014.

PSG boss and World Cup winner Laurent Blanc said his side are ahead of their English counterparts.

He said: “Maybe England is more competitive but I don’t see many English teams in the semi-finals of the European competitions over the last five or six years.

“Maybe they have reached a further level in terms of fatigue. You need to find a right balance. There are problems in every domestic league.”