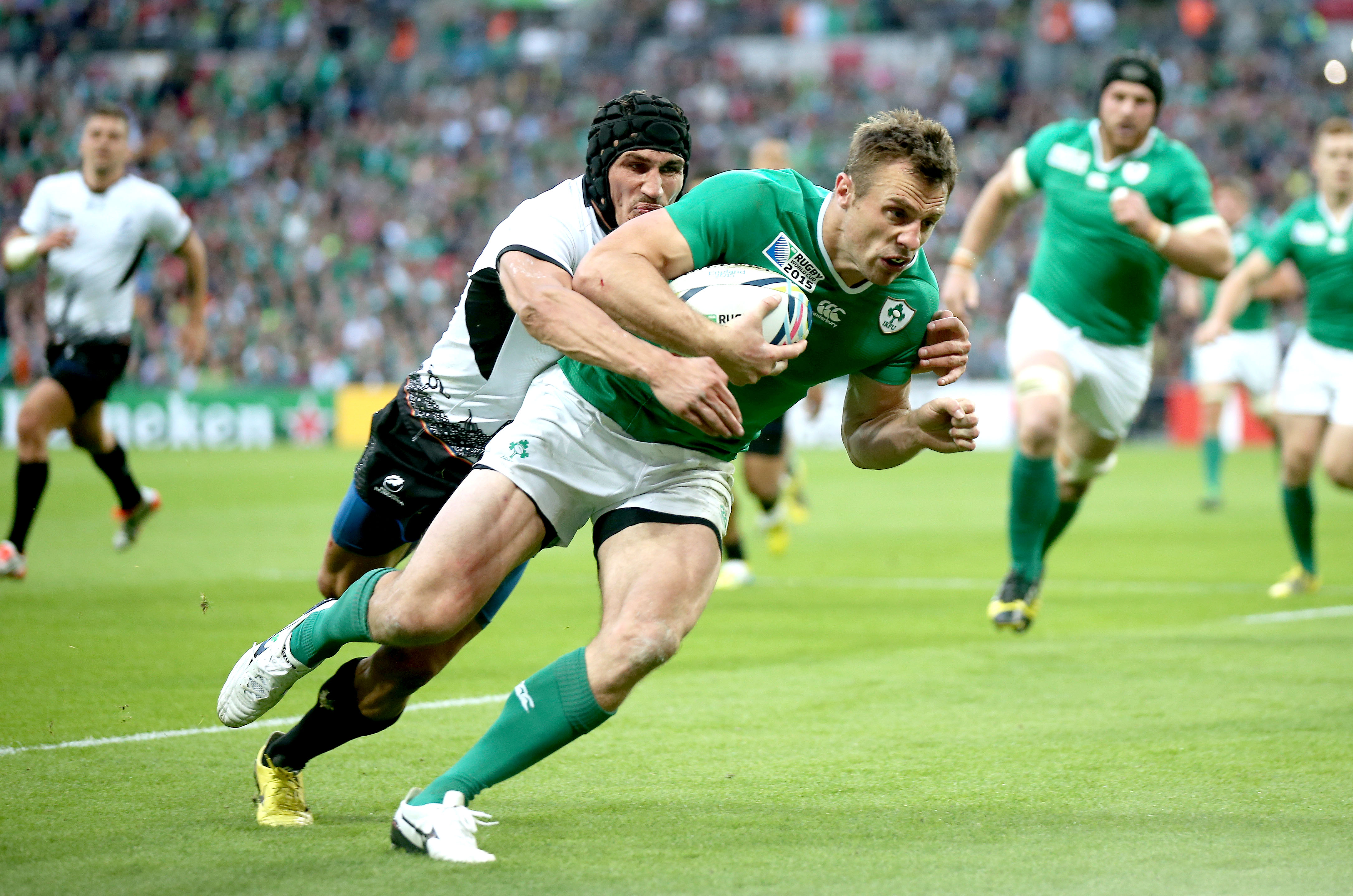 Tommy Bowe arrived on the Rugby World Cup scene in style with a try double against Romania on Sunday, but the wing is not about to get carried away with thoughts of keeping hold of the green No.14 jersey just yet.

Bowe struggled in Ireland’s defeat to England in their final World Cup warm-up game, a continuation of his poor international form with his last try in the famous green jersey before this weekend coming way back on November 22 2014.

That struggle meant Leinster’s Dave Kearney was handed the start for their tournament opener against Canada.

But Bowe returned to form with two fine finishes against the Mighty Oaks at Wembley and the Ulsterman insists there is more to come.

“I’d normally be relatively consistent with my performance and that day (against England) it was definitely one of the more difficult ones. I think I bounced back well from it,” he said.

“I’ve put it behind me early enough. The last week or two I’ve trained well. I wanted to get back out there and move on past it. I think I did that.

“Listen, it’s tough, of course it is. I want to be playing every week. There’s always going to come a time when there’s players pushing for your place and I see it as a good challenge.

“I’ve enjoyed the challenge of competition right throughout my career and at the minute I’m having to fight to get back into the jersey again. Dave’s playing exceptionally well, the whole back three are playing very well.

“Of course I’d love to be the number one and go on out there sure of my place but I think that added pressure, that added competition for places brings out the best in all of us.”

Ireland now face Italy and France in their final two pool matches and Bowe is confident his side are finding their form at just the right time as they sit pretty atop Pool D after two games.

“We knew that these two weeks were going to be difficult but it was a good opportunity for people to get game time. But the next two weeks we know they are crucial,” he added.

“We know as a team if we win next weekend we’ve qualified out of the group which is a massive thing for us.”