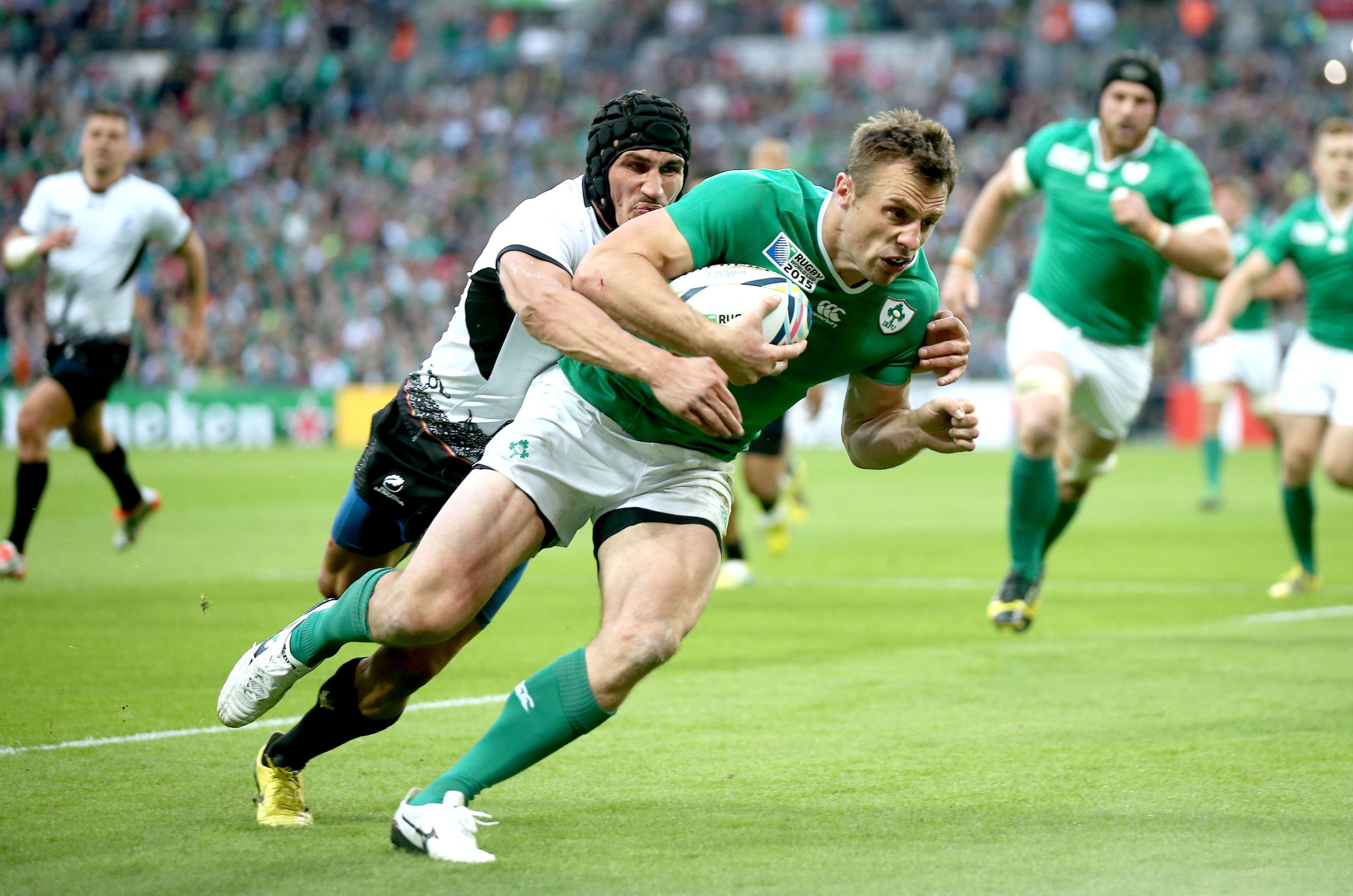 Tommy Bowe admitted Ireland were determined to pay back their fans’ loyal support by putting in a winning performance against France in their final Rugby World Cup pool game.

Despite both teams having already qualified for the quarter-final stages ahead of Sunday’s clash at the Millennium Stadium, there was still plenty riding on the outcome – not least the winner avoiding a last-eight clash with reigning champions New Zealand.

In the end it was Ireland who emerged victorious 24-9 to top Pool D thanks to tries from Rob Kearney and Conor Murray after the break.

There had been just three points separating the teams at the break with Ireland having lost both Johnny Sexton and Paul O’Connell to injuries before the break.

But with Ireland digging deep to grind out the victory, Bowe admitted it was a result and game that will live long in the memory.

There are a lot of battered and bruised and tired bodies in there but it’s definitely a rugby memory which will be in my mind for a long long time to come,” he said.

“When we turned up at the stadium, driving through Cardiff, I’ve never seen anything like it. There were crowds of people in such good form.

“And then stepping out onto the pitch for the anthems, it was probably as close to crying as any of us had ever been.

“To just see the passion that was out there, we wanted to go out there and show what a passion we have as a team and we showed that in abundance.

“As a team we grew as the game went on, and in the second half we were able to get that little bit ahead and put that bit of pressure on them, which is very positive for us, especially missing two key players in the team.

“I think the fact that we did have chances to score more tries and didn’t take them is a huge positive for us.

“It would have been great to have gone in at half-time with that try. But the fact that we can open up teams of the quality of France is something very positive for us.”

Victory over France ensured Ireland finished the pool stages of the World Cup with a 100 per cent record.

Although Bowe, whose side now take on Argentina back at the Millennium Stadium next Sunday, was under no illusions that it had been their toughest test so far.

“Parts of our game plan worked and a lot of it was the intensity, getting up on our tackles and trying to bring a physicality to the French side that they couldn’t have expected,” he added.

“We wanted to take it to them. And it was a very battering and bruising game, there are a lot of battered bodies but we’re delighted with how it went.

“It was definitely up there in terms of intensity. It was a huge step up from the matches we have played already. I suppose we have been fortunate enough that we have had seven-day turnaround. “We have another seven-day turnaround before the quarters. We’re going to have to make the most of it to be at our best next week.”