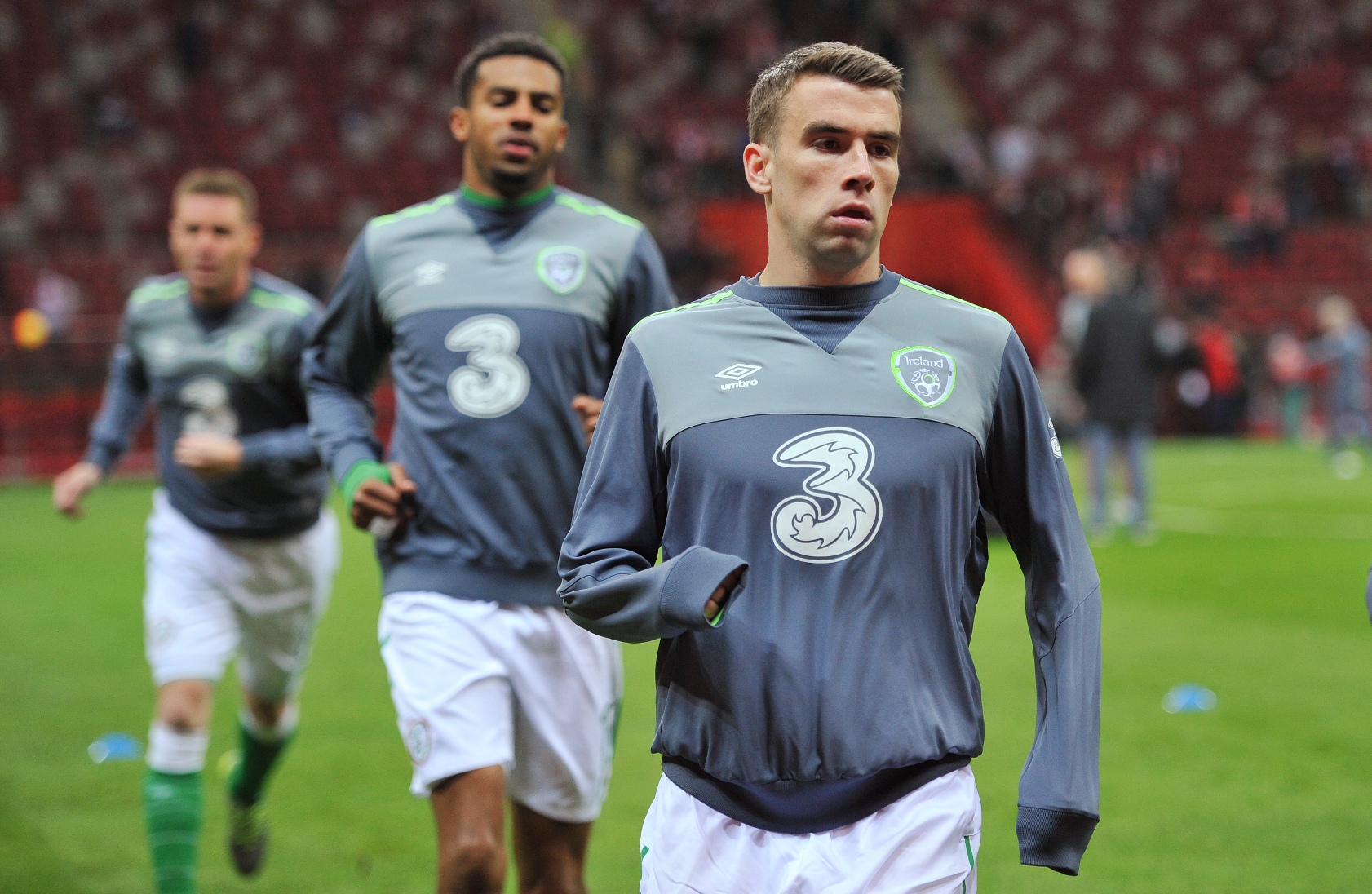 Republic of Ireland’s Euro 2016 hopes are far from being over, but Seamus Coleman admits the mood in the camp is downbeat after falling just a goal shy of booking their spot in France outright.

But while Poland can start planning for next summer, Ireland – who saw John O’Shea sent off for a second bookable offence in injury time – must now win a play-off to join them.

And after knowing that a 2-2 draw would have seen Ireland straight through, defender Coleman was visibly dejected at the final whistle.

“We’re all disappointed,” he said. “After the lads did so brilliantly against Germany we came here full of confidence and it just wasn’t meant to be.

“With the confidence of Germany we definitely came here expecting to win. Conceding so early, and even though we went up the other end and scored, we’re more disappointed with the goals we conceded, but we’ve got to get going again.

We’ve let ourselves down and fair play to Poland, they got there in the end but we’ve got a big month next month that we have to pick ourselves right back up again.

“There were periods throughout the group that we would pick this playoff place, so you have to look at the positives straight away and move on.”

Central defender Richard Keogh came closest to that all-important second goal nine minutes from time when he got his head to Aiden McGeady’s cross, but Poland goalkeeper Lukasz Fabianski claimed the ball at the second attempt.

And Keogh admitted that he should have put the ball into the back of net.

“Aiden did well and I tried to head it down towards the goalie,” Keogh said. “He made a decent save but I obviously should score.

“I should have gone to the other corner but I just wanted to make sure I hit the target.

“It’s obviously disappointing. I thought we played very well in the second half. We faced a confident team in the first half. It was an even game and they just took their chances.

“I thought we were a bit unfortunate but we’ve got another chance in the play-offs and you can be sure that come November, we’ll be ready.”